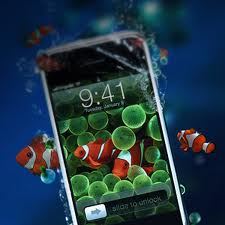 This is quite the contrast to the over-heating problem experienced by some iPhone owners. Gizmodo reports that Asian countries that deal with humidity indexes that average over 95% are suffering voided warranties due to water sensors’ inability to handle the sticky conditions. As if living in 95% humidity wasn’t bad enough in itself.

Apparently message boards have been lighting up to this topic and The South China Morning Post confirms the allegations that the devices suffering from the problem have been chalked up as water damaged. Back in April in the United States a class action lawsuit was filed over the same issue…

Apple claims that the water sensors are located in the headphone jack and towards the bottom of the iPhone and are designed to not be triggered by humidity or other environmental conditions. Not to sound pessimistic but this seems like it could have slipped through the usual tests that would measure temperature durability. Experts agree saying iPhones may not be suited to withstand  such sticky air mass.

One disgruntled customer was offered a replacement by his carrier but he refused when he learned he would still be charged a fee. Justin Hayward stated to the Hong Kong based paper that he hadn’t done anything wrong and that Apple should test the phone more thoroughly in climates with high levels of humidity. Fair enough, Justin.

It seems like Apple could verify this possible oversight with a small room and one of those enormous humidifiers like my grandma used to have.

Has anyone’s moisture sensors been triggered indadvertedly or mistakenly? How did you go about explaining your case to Apple? Help our Asian pals out with any suggestions you have in our waterproof comment box below.