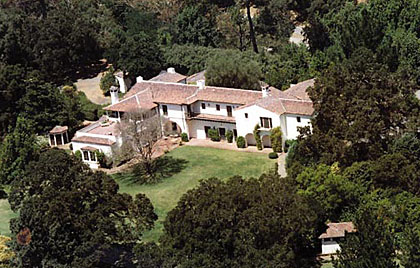 Poor Steve. All he’s wanted to do since 2004 is tear down his old mansion in Woodside, California. The Jackling House as it’s called has been owned by Jobs since 1984 and apparently has historical significance that local preservationists wanted to keep around. I say that in past tense because as it seems is the case with everything Steve wants, Steve gets.

The house was designed and manufactured in 1925 for copper mining magnate Daniel Cowan Jackling. The architect behind the mastery was drafted by a celebrated Californian named George Washington Smith. Apparently that means something to a certain amount of someones.

9 to 5 Mac reports that back in ’04, Jobs was given permission to tear down and renovate the structure but a group called Uphold Our Heritage sued the city and the Apple CEO. The courts finally backed down if no appeal against the demolishing permit was filed. The dedicated members of Uphold Our Heritage dropped their last appeal on July 19th after Steve tactfully didn’t move on the tear down requested by a couple of local residents.

I say tactfully because now that appeal against such procedure has been abandoned, his lawyer Howard Ellman states “we’re going forward”. Not without an inventory though. A Quote from the Almanac News Report reads:

The town has hired architectural historian Michael R. Corbett to conduct an inventory of historically significant parts of the house. Preserving these items for posterity is a key condition of the demolition permit issued by the town in 2009.

All this seems insane really. I’m typically not for the destruction of historical landmarks but since this is technically a man’s house, he should be able to paint it bright magenta and put a Richard Simmons statue in his bathroom. It would be different if he was trying to buy an already marked landmark. Do you think the Jobs should have just left this alone and allowed the house to be used for historical reasons? Let us know in the never to be demolished comment box below.