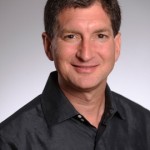 The iPhone 4 antenna issue claimed another victim, and a big one! Apple’s Senior Vice President of iPhone Hardware Engineering Mark Papermaster isn’t on the payroll anymore. The NY Times article that broke the story doesn’t know if he was fired or if he resigned.

However, according to John Gruber, Papermaster did get fired over the antennagate:

From what I’ve heard, it’s clear he was canned. Papermaster was a conspicuous absence at the Antennagate press conference. Inside Apple, he’s “the guy responsible for the antenna” — that’s a quote from a source back on July 23. (Another quote from the same source: “Apparently the antenna guys used to have a big chip on their shoulder. No more.”)

I’m a bit confused here. According to Apple, there is no antenna problem with the iPhone 4, so why did Mark Papermaster got ousted? Sarcasm apart, someone had to take the heat for this.