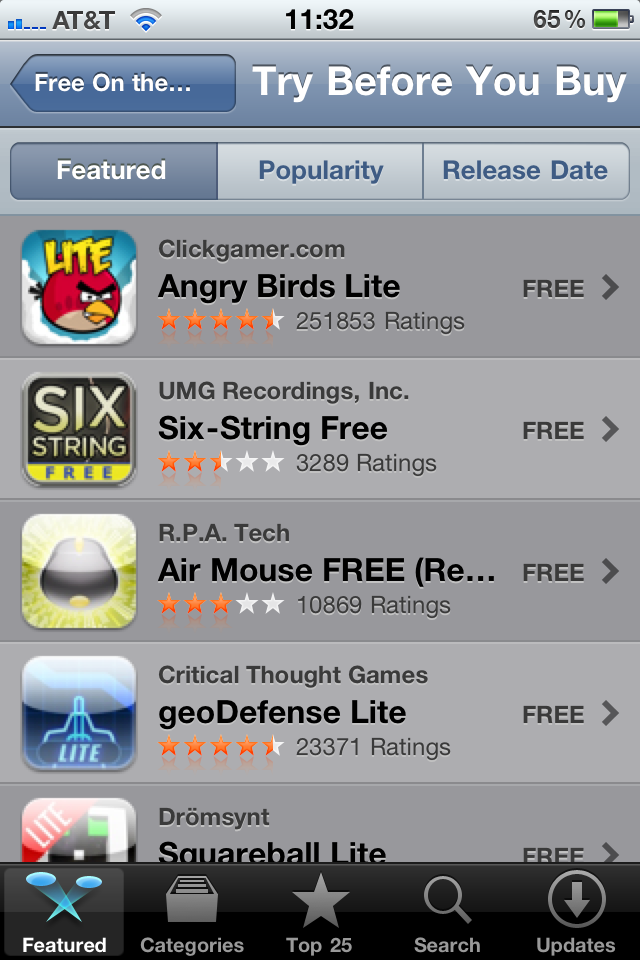 Apple recently introduced a new category in the App Store called “Try Before You Buy”. This category brings together the free or “lite” versions of popular iPhone applications. If this is a move to put an end to app piracy, then it’s a big fail!

As a point of comparison, the Android Market let’s you use the full version of an app for 24 hours. If you don’t like the app, you just get your money back. I don’t understand why Apple doesn’t implement such a policy in the Apple Store.

Personally, I want to try the full app, not a watered down version of it. While Apple made a step in the right direction, I think it’s still not enough.