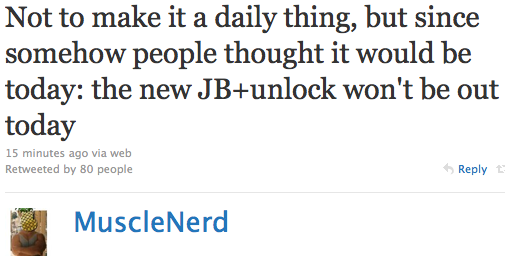 The Dev Team said last week they will release both the jailbreak and unlock for iOS 4 at the same time, so even though ultrasn0w is ready for release, the Team now has to make sure the jailbreak is bug free before making it available to the public.