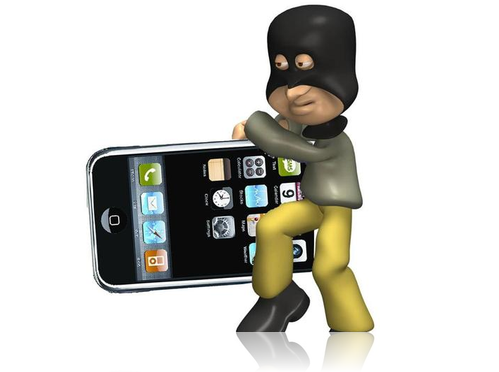 Horatio Toure might be one of the most unlucky thieves in the Bay area. It all started when Toure rode his bicycle up to a woman and grabbed her iPhone out of her hands and pedaled away.

Problem was, the woman was carrying the phone as part of a company’s demonstration of a real-time GPS tracking program. If the bandit would have taken a peek at the screen, he would have seen himself traveling across a map of San Francisco.

Toure was captured a half-mile away about 10 minutes later, at 4:01 p.m., said police Sgt. Troy Dangerfield. He was booked into jail on suspicion of grand theft and possession of stolen property.

Out of a zillion iPhones in San Francisco, Toure definitely picked the wrong one at the wrong time.