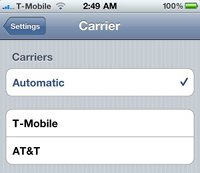 The two members of the Dev Team have been working on 3 different options to unlock the iPhone 4. PlanetBeing was the first to find one out, and now MuscleNerd got his 2nd and 3rd ideas working.

Now the hardest part of the job is done, they will compare their unlock solutions by taking into account the loading time and the stability of the unlocks. Once MuscleNerd and PlanetBeing agree on the best solution, they will most likely update ultrasn0w.

There would be no point updating ultrasn0w without releasing a jailbreak first, which Comex apparently has had ready for quite a while now. The team has given us any estimated release date but it seems it’s now just a matter of days.