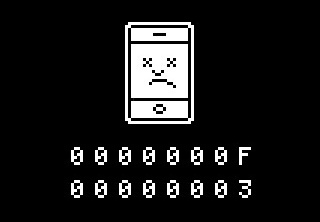 As I had mentioned in a previous post, my first iPhone 4 had 3 issues that seemed to be hardware-related. The home button was loose, there was a rattling sound when you would shake the phone, and finally, the screen was yellowish overall.

So I took it back to the Apple Store on Michigan avenue in Chicago. The “genius” said although she couldn’t see the yellow screen, which was pretty obvious but anyways, she did replace it because of the loose button and rattling.

She gave me my new iPhone 4 and I went and sit somewhere in the store so I could sync my new iPhone with my laptop which I had brought with me. I synced everything and as soon as I picked it up and went to the home screen, I could see the screen was still yellowish.

I asked an Apple employee walking by if he could see the difference between my yellowish iPhone and a perfect iPhone used in the store for demo purposes. He acknowledged that mine indeed had a yellow tint to it. He advised me to make yet another appointment to change the phone again.

A few days later, I made another appointment at the Apple Store for exchanging my 2nd iPhone. I went there, explained everything, the genius entered my info into his iTouch and told me that he’d want to exchange my iPhone but he had no replacement units in stock. Great! I drove 30 miles and spent 1 hour sitting in traffic for absolutely nothing.

Back in California, I made an appointment at the Apple Store in Century City where I had to explain my problem again. This time, I also added that when I take pictures in a dark room for example, the picture gets all yellow, and apparently I am not the only one with this issue. However, the camera works great during bright day light.

She gave me a replacement iPhone, my third one. I checked the screen and it’s definitely not yellow anymore. It’s now perfect. The problem is I still have the yellow picture issue when using the camera in darker places.

I’m going to wait for Apple to come up with iOS 4.1 or 4.01 and see if they can fix the yellow pictures issue. If they can, then great. If they can’t, I will have to return it and get my 4th iPhone 4.

What about you? Have you had any issue with your iPhone 4? Did you have to return it?