In an article I wrote a few days ago, I explained how Apple was downplaying the situation by saying only 400 accounts were hacked, which to me didn’t make sense, and was way less than it could possibly be. It seems that I was right. 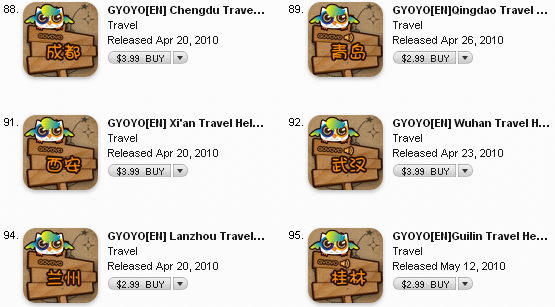 This week’s shady developer is from China and goes by WiiSHii. All the fraudulent apps are in the travel section which contains over 11,000 applications. That means these apps didn’t make it in the Top 100 because they were so few to compete with. People who thought I was wrong about this whole situation won’t be able to argue on that point.

They clearly used some cheating mechanism to get their apps in the top 100. Additionally, Ars Technica reports about a user who was falsely charged for a bevy of apps from the same WiiSHii development company.

Your turn now, Apple. How do you fix this?