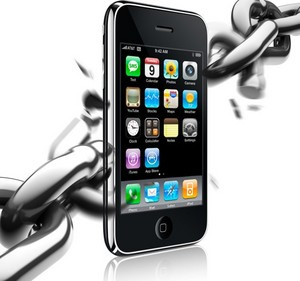 When you buy an  iPhone, you could expect being able to do whatever you want with it. You may want to jailbreak it to install applications that are not allowed in the App Store. You may also want to unlock it so it is not restricted to only one carrier.

When congress passed this law, they were not thinking that it would also legally allow hardware manufacturers like Apple to have a total control over what you can and cannot do with your iPhone. The DMCA clearly wasn’t created to prevent you from jailbreaking your iPhone, but it “accidentally” did when Apple started to flag jailbreaking as a violation of this law.

A little over a year ago, the Electronic Frontier Foundation (EFF), a non-profit digital rights advocacy organization, asked regulators to add jailbreaking to a list of explicit exemptions to the DMCA’s anti-circumvention provisions. The US Copyright Office is now supposed to rule any day on whether jailbreaking should be exempted from the DMCA or not.

This is big news because if the exemption was to be approved, Apple would probably lose the huge grip it has on the App Store and what’s allowed or not in the Store.

Apple has always argued that it wanted a clean, safe, porn-free App Store. Bottom line is they want to control every aspect of the Store and that is just not right. It should be the users’ decision, not Apple’s. Only me can decide what’s best for me. Only me can decide if I want to take the risk of installing malicious software on my iPhone.

Apple has never sued jailbreakers or even the Dev Team because they know it would be at the very edge of legality. If the US Copyright Office decides to exempt jailbreaking from the DMCA, it will be a big victory for iPhone (and other smartphones) users and digital rights in general.

Let’s cross our fingers! In the meantime, you can watch this video to learn more about the DMCA exemption for jailbreaking iPhones.

What do you think about that? Do you think jailbreaking should be made legal?