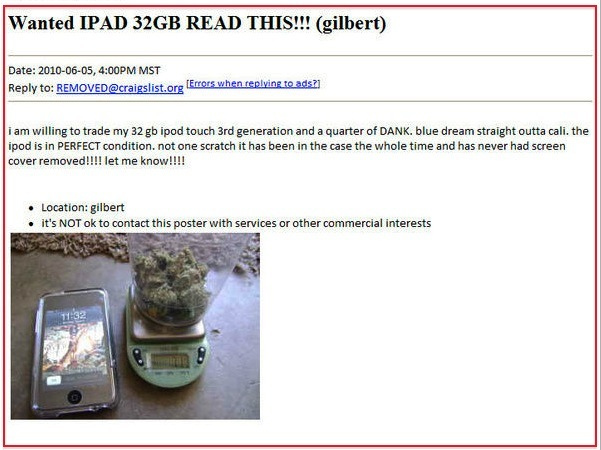 Do you want an iPad so bad that you’re willing to do anything to get one? If so, don’t be as stupid as 20-year old Jacob Walker who published an ad on Craigslist offering a quarter of chronic and an iPod Touch in exchange for a 32GB iPad.

As if the description of the ad wasn’t enough, Walker also added a picture to his listing, which is probably what caught the local police’s attention… After setting up a fake meeting with Walker, the cops arrested him and his buddy.

One question remains though: if the weed was that good, why didn’t walker ask for a 64GB iPad 3G. We might never know. [via AZ Family]