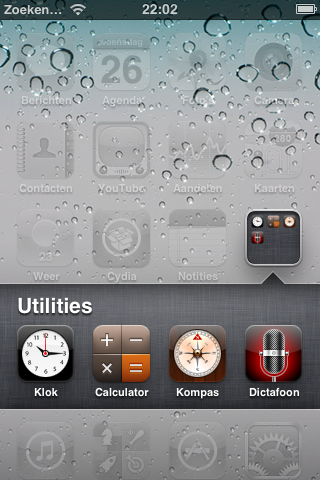 She notes on her blog:

Cydia still has some issues, many applications install but crash, some examples include mobileterminal, sbsettings, five icon dock. I did this only to hopefully motivate the developers to get their applications ready for 4.0 as it is coming very soon and the last thing we need in the community is to have repos full of broken apps! I accomplished this by patching asr, lockdownd, LLB, iBEC, IBSS, iBoot, kernelcache, MobileSafari, Services.plist, and fstab. The binaries were patched with IDA Pro and OxED and were then diffed against the original pwned files with bsdiff to create patch files. I then took the diff files and built a firmware bundle that I dropped into Pwnagetool and updated the cydia tree within Pwnagetool as well. Once this was done, I created a custom ipsw with Pwnagetool, unzipped it, applied a pwned LLB from a pwnagetool generated 3.1.3 ipsw, zipped it back up and restored to my device. At this time I am unable to get my T-Mobile NL sim to work so I downgraded back to 3.1.3 after playing around with 4.0 for a while. I look forward to the release and the official unlock from the Dev-Team.

That’s interesting to see she was able to downgrade back to 3.1.3. Other interesting point is the mention of the “official unlock from the Dev-Team”. If I was a conspiracy theorist, I’d think that the Dev Team already found an exploit to unlock iPhone OS 4 but they’re waiting for the official release to make it available to the general public.