I’m not a big gamer at all. Until a month ago, the only games I had on my iPhone were Flight Control and Wildcard Pro Surfing. However, I’ve been traveling a lot lately and spending hours in planes made me develop a gaming habit.

Today, I’d like to share the few games I’ve been playing for the last few weeks. These games are not new, and you may very well have heard of them or even own them. If not, you may want to give them a try. 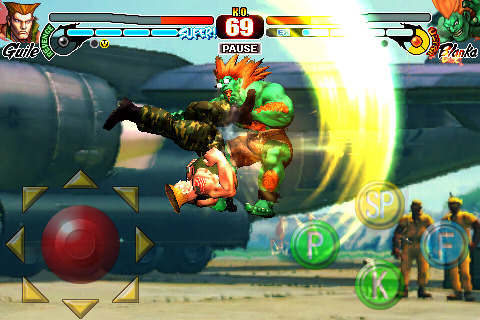 I remember playing Street Fighter II when I was a kid. My cousin and I spend countless hours on arcade machines. I also remember doing not-so-nice things in order to finance our gaming, but that’s another story…

I was a little skeptical about this game before downloading it because I thought the controls wouldn’t work well on such a small screen. I was wrong. The controls are very good, and the game is fast. Favorite fighter: Ken! 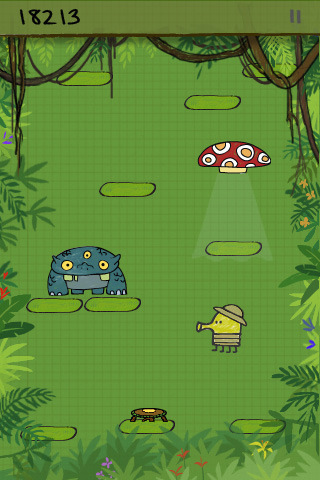 I had heard about Doodle Jump for a while but I had no idea what it was about. One day while I was bored in Vietnam, I decided to check out the game description in the App Store. It looked fun so I downloaded it.

Doodle Jump is by no means a technical game. It’s actually quite simple, both in term of concept and design. Your goal is to jump from platform to platform without falling. The higher you go, the more points you score. Don’t get fooled by this candid description. Doodle Jump is highly addictive.

Priced at $0.99, Doodle Jump is a must-have for people who like killing time with simple, fun and addictive games. 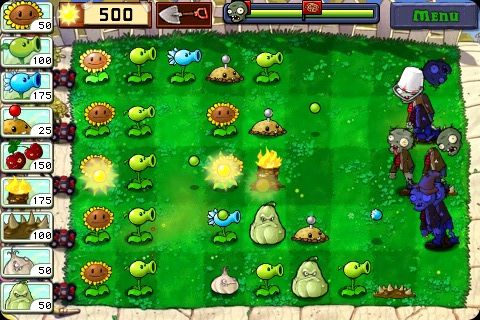 I was told about this game by one of my Twitter friends who had warned me that Plants vs Zombies was another addictive game, and boy was he right.

The concept of the game is completely retarded: you must prevent zombies from entering your house (and eat your brains) by planting various types of plants, each of them having their own specific weapons. Yes I know, it sounds stupid, but you have to try it to see how fun it actually is.

The first time I played this game, I was sick in my hotel room in Chiang Mai, Thailand. Due to some strange and unusual allergy, I wasn’t able to go out. I started playing Plants vs Zombies. After a while, I realized that I had been playing the game for 4 hours straight. For a non-gamer, I felt kinda bad.

I told my fiancée about this game but she wasn’t really convinced it had potential to entertain her. The fact that I explained her that she had to grow sunflowers in order to get more sun to by more plants wasn’t obviously the best way to turn her on this game. Then she finally decided to give it a try. Like me, she got hooked in no time. 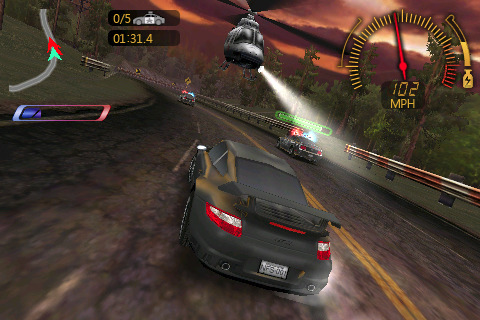 Racing games are always fun! I was originally looking for a rally game but many of my Twitter buddies recommended I give NFSU a try, so I downloaded it and got in the spirit pretty quickly.

The game is fast and fairly easy to get your head around. At $4.99, it certainly ain’t cheap but it is a very fun game to play. Warning: have your iPhone charger close by because NFSU will kill your batteries in no time.

What are you playing these days? Please take a minute to leave a comment and let us know what your favorite games of the moment are.