Several months ago, we showed you a jailbreak tweak called Importcuts by iOS developer 0xilis that could be used to defeat Apple’s signed Shortcuts requirement for importing certain .shortcut files on iOS & iPadOS 13 and later. But that wouldn’t be the last time we’d see something Shortcuts-related from this developer. 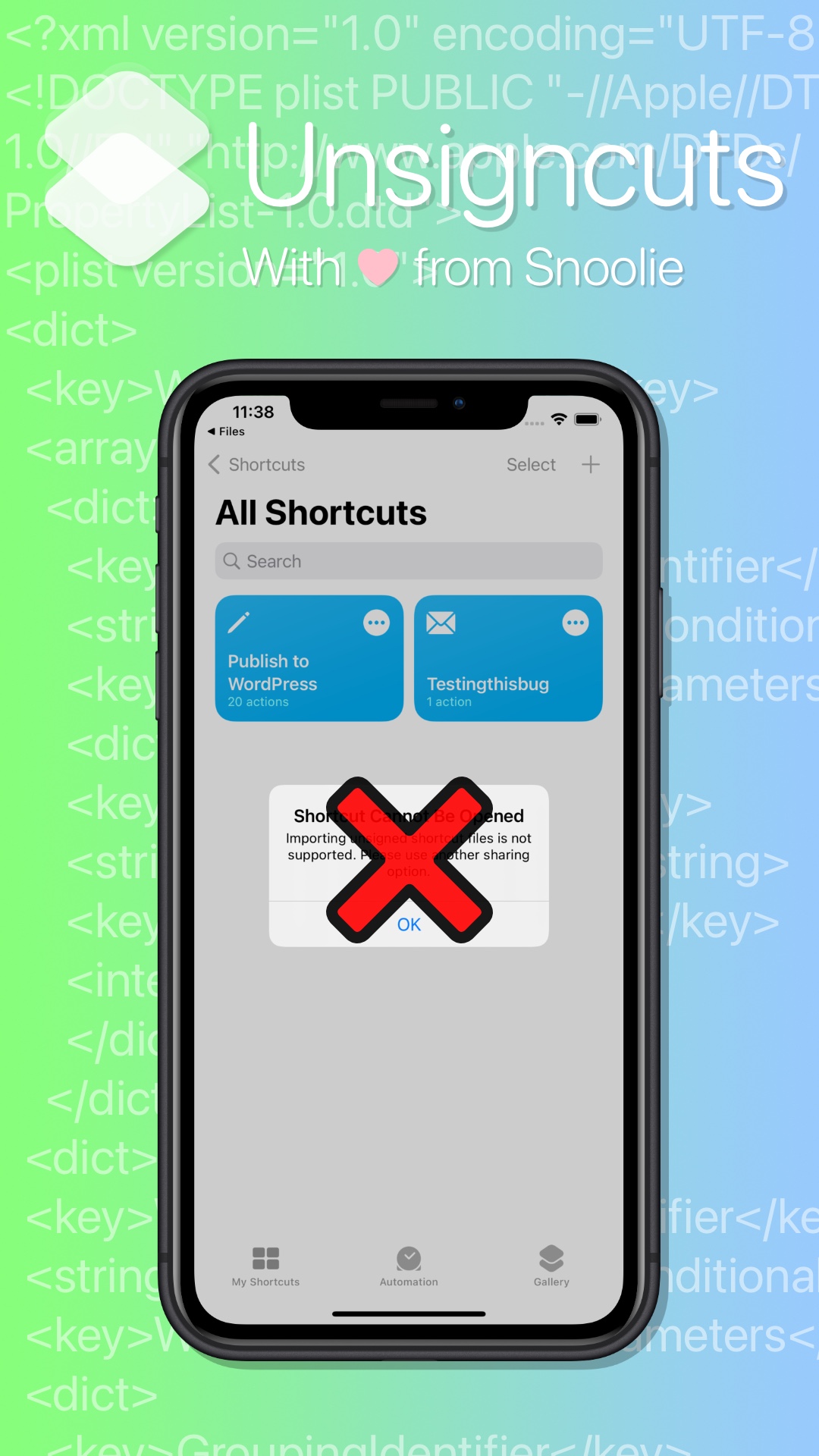 This week, 0xilis is out with another free jailbreak tweak dubbed Unsigncuts, which defeats the signed Shortcuts requirement for importing .shortcut files on iOS & iPadOS 15.

With no options to configure, Unsigncuts is easy to use. You would simply find an unsigned Shortcut you wish to import on your iOS or iPadOS 15 device and then go ahead and do it, restriction-free.

While the developer touts Apple’s signed Shortcuts feature as an innovation-killer, we simply think that you should have the right to install any shortcut you want on your device without a signing process standing in the way of that. So with that in mind, Unsigncuts seems like a useful release.

For those interested, Unsigncuts is available as a free download from the Havoc repository via your favorite package manager app. The tweak supports jailbroken iOS & iPadOS 15.x devices pwned with palera1n and is open source on the developer’s GitHub page.

Do you plan to take advantage of Unsigncuts? Let us know in the comments section down below.