The palera1n jailbreak, intended for developers and powered by the same venerable checkm8 hardware-based bootrom exploit used by the checkra1n jailbreak, received an update on Monday to add semi-untethered support for devices running iOS & iPadOS 15.0-15.3.1. 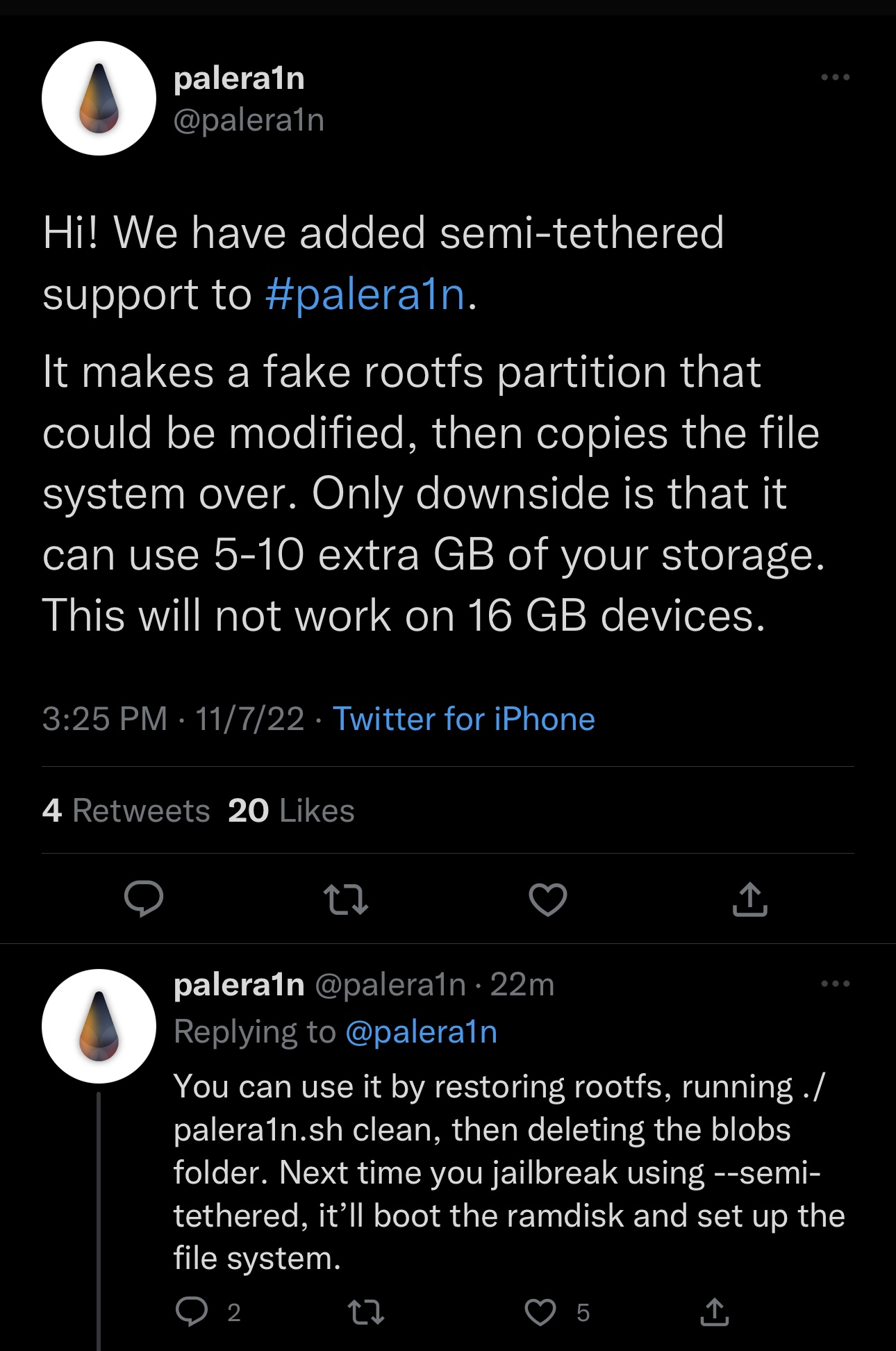 Previously, palera1n was only a tethered jailbreak, which meant that users would have to use a computer to boot their jailbroken device after every power down. Now that it is semi-untethered, users can at least boot into a non-jailbroken state without a computer before re-jailbreaking their device. We discuss the differences between these types of jailbreaks in more detail in our dedicated comparison post, for those interested.

We reiterate that palera1n is a developer-only jailbreak, and it’s important that we do because according to palera1n developer Mineek in a posting shared via Discord on Monday, this new semi-untethered support is experimental by nature and occupies up to 10GB of storage space. This is because it creates a partition comprised of a fake rootFS copied over from the true system partition.

Because of the storage space used by this workaround, devices with just 16GB of internal storage aren’t supported by the new semi-untethered feature. Those devices will continue to be tethered.

Mineek and the palera1n Twitter account each provide brief details about how the semi-untether can be used. It seems that users would have to use the rootFS restore feature and then altering the command used to execute the jailbreak the next time you do. 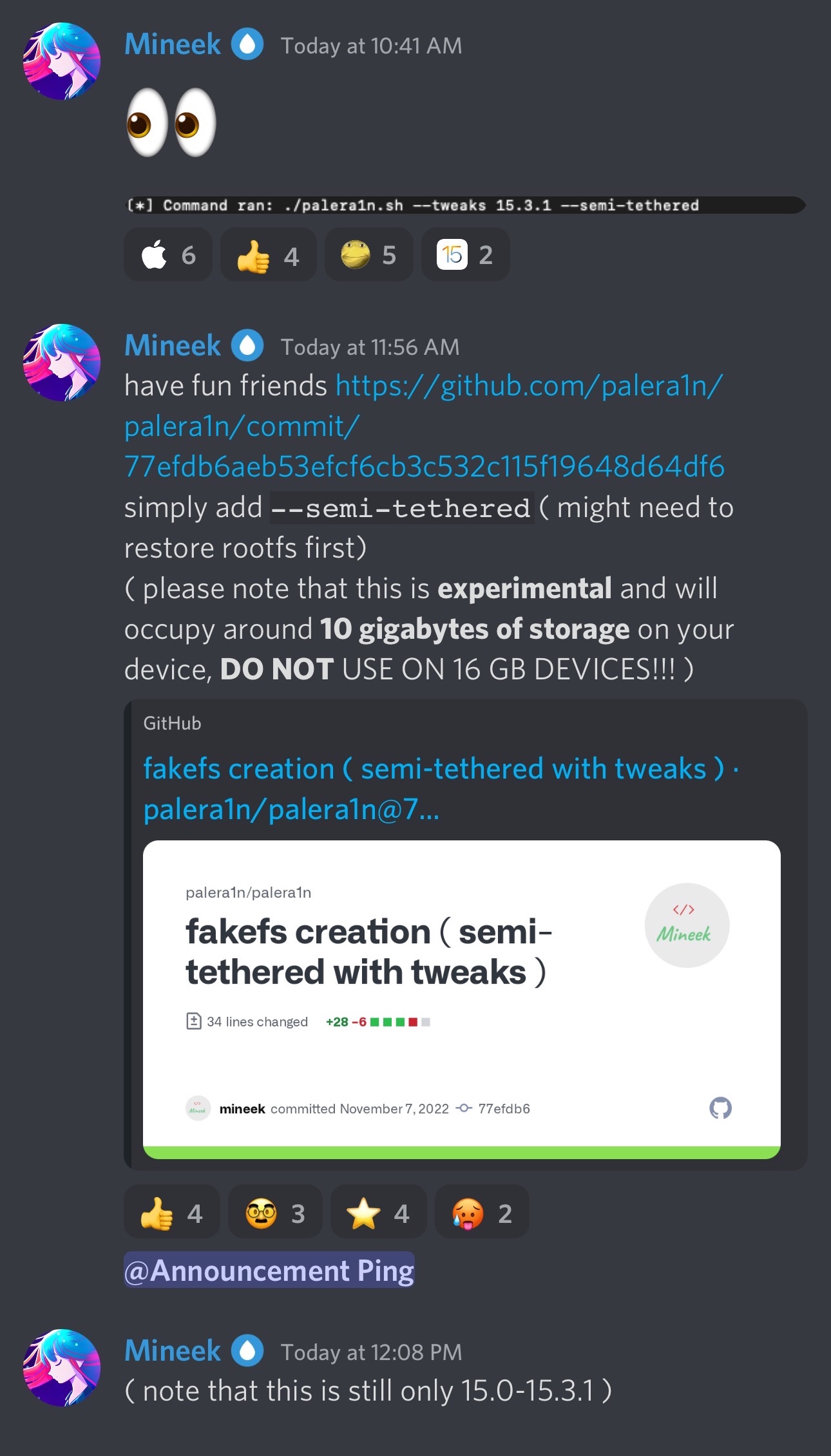 It’s also worth noting that tweak injection on palera1n only works on iOS & iPadOS 15.0-15.3.1, so the semi-untethered support is meant to go hand-in-hand with that.

You can learn everything you need to know about the palera1n developer-centric jailbreak tool on the project’s official GitHub page.