Twitter app users will notice an update for the official iOS app starting this weekend that highlights some of the changes coming to Twitter Blue, which is the social media platform’s premium subscription service intended to provide users with enhanced features for a monthly fee. 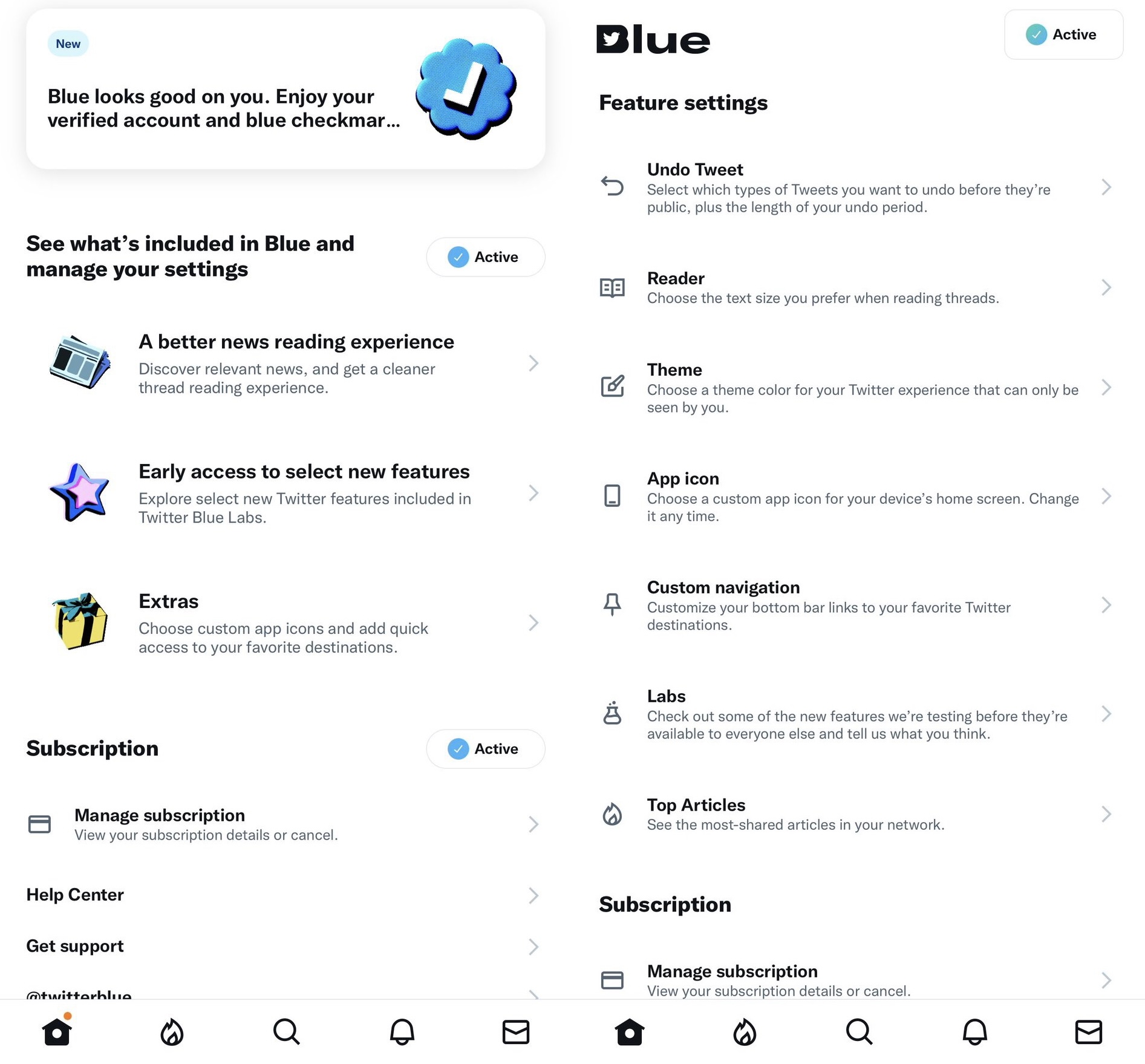 Coming soon…
– Half the ads & much better ones: Since you’re supporting Twitter in the battle against the bots, we’re going to reward you with half the ads and make them twice as relevant.
– Post longer videos: You’ll finally be able to post longer videos to Twitter.
– Priority ranking for quality content: Your content will get priority ranking in replies, mentions, and search. This helps lower the visibility of scams, spam, and bots.

Availability: Twitter Blue with verification is currently available on iOS in the US, Canada, Australia, New Zealand, and the UK.

While the Twitter app’s change log insinuates that the latest changes to Twitter Blue are now live following the update, many quickly found upon subscribing to Twitter Blue that this isn’t the case. This finding was later confirmed by Esther Crawford, a member of the early stage products team at Twitter, who said the following:

The new Blue isn’t live yet — the sprint to our launch continues but some folks may see us making updates because we are testing and pushing changes in real-time. The Team is legendary. New Blue… coming soon!

Based on the information we have so far, Twitter Blue continues to cost users $4.99 per month and doesn’t yet come with account verification — at least not yet for everyone. Soon, the Twitter Blue subscription service will increase to $7.99 per month and include account verification for everyone who subscribes in addition to the other perks that it offers, which include:

Twitter has been a controversial topic lately following its acquisition by SpaceX and Tesla headman Elon Musk. One of Musk’s top priorities since acquiring Twitter has been to mold the platform into his vision for an online free speech safe haven.

Twitter’s change log denoting that these new Twitter Blue features would be available ‘starting today’ despite only being available to a small test group and not the general public is sure to add even more fuel to the existing controversy.

It’s currently unknown when Twitter plans to unveil its upgraded $7.99 Twitter Blue service with account verification to the masses. Upon upgrading the app, many users began seeing the updated Twitter Blue user interface (above, left), but it appeared to revert back to the original interface (above, right) a few hours later.

Have you updated to the latest version of Twitter, and do you plan to subscribe to the new Twitter Blue service when it goes live? Discuss in the comments.