With the first betas of what would become the iOS 16.2, iPadOS 16.2, watchOS 9.2, macOS Ventura 13.1 and tvOS 16.2 software updates now available for developer testing, we thought it prudent to inform you about upcoming new features coming soon to your iPhone, iPad, Apple Watch, Mac and Apple TV.

Therefore, we’ve rounded up the most important new features and quality-of-life improvements arriving in a few weeks with these Apple OS updates.

The Live Activities feature puts information from apps like sports scores and delivery times on your lock screen. Just like with widgets, iOS periodically updates these things with fresh data from apps rather than in real time to preserve battery life.

2. The Freeform app for collaboration and brainstorming

With Freeform, you can jot down notes, design mood boards, brainstorm your ideas, create sketches and draw various shapes, embed images, save links and much more, all with a finger or your Apple Pencil stylus.

Other people can join your Freeform document to collaborate, with any changes instantly synced to everyone’s devices via iCloud. Resembling the Paper app, Freeform features a large canvas that you can zoom in and out with pinching.

The Home app in iOS 16.2, iPadOS 16.2 and macOS Ventura has a new underlying architecture. Apple already supports the cross-platform Matter smart home standard and the new architecture will improve the performance and reliability of the smart home appliances in your home.  Read: 5 useful smart home automations

Upgrading to the new architecture requires that all HomeKit hubs in your home, such as HomePod speakers and Apple TVs, be upgraded to tvOS 16.2 or newer. Managing an upgraded home in the Home app is only possible via devices running iOS 16.2, iPadOS 16.2, ‌macOS Ventura‌ 13.1, tvOS 16.2 and watchOS 9.2.

iOS 16.2, iPadOS 16.2 and watchOS 9.2 will help you avoid having the police show up at your doorstep if you ever accidentally trigger the Emergency SOS feature.

To prevent unintentional SOS calls, Apple collects system data and puts up a notification when you cancel the Emergency SOS countdown timer. “Did you intentionally trigger Emergency SOS on your iPhone?” the alert asks. It also opens the Feedback Assistant app which sends collected data to Apple. 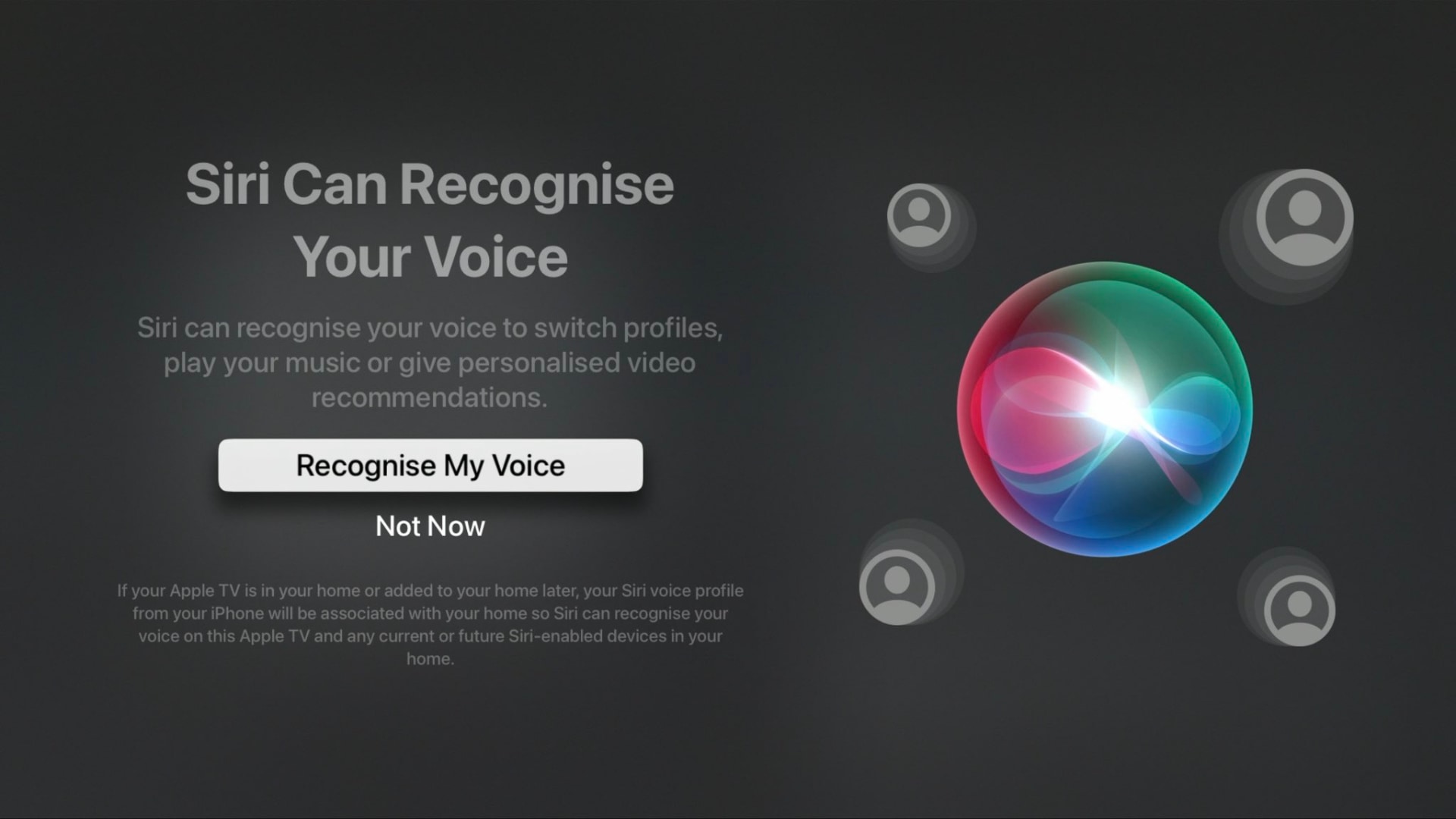 The Recognize My Voice setting from HomePod is coming to the Apple TV with tvOS 16.2, automatically switching between user profiles of up to five family members.

Before tvOS 16.2, you had to manually select your Apple TV profile in Control Center to enjoy personalized content recommendations and more. With tvOS 16.2, you just press the Siri button on the remote and start talking. tvOS automatically recognizes you by your voice, activating your listening history, video recommendations and more. Read: How to find your Apple ID on iPhone, iPad and Mac

In other words, simply picking up the Siri Remote and asking “What should I watch?” will get the user-tailored recommendations instantly.

The setup process lets you use your Siri voice profile from an iPhone or iPad rather than create a brand new one for tvOS voice recognition from scratch.

Still plenty of questions to be answered. Unfortunately the feature doesn’t seem to be fully functional as of beta 1. pic.twitter.com/e7x80SAb63

iOS 16.2 also displays sports scores as live activities for the teams favorited in the TV app. Scores appear on the lock screen or the iPhone 14 Pro’s Dynamic Island.

iOS 16.2 also brings a new Sleep widget that displays the amount of time you’ve spent in bed and sleep quality on your iPhone’s lock screen.

Apple provides three versions of the widget, including a minimalist one-tile widget, that only displays time spent in bed, and the most complex version, which includes visuals. The Sleep widget uses your sleep metrics saved in the Health app.

9to5Mac reported that a Medications widget might be coming, too.

When will Apple launch iOS 16.2 and other updates?

Apple released the first betas of iOS 16.2 and other updates on October 25, 2022. After a few more betas, like five or a bit more, these software updates should be ready for prime time. The company will most likely launch iOS 16.2, iPadOS 16.2, macOS Ventura 13.1, watchOS 9.2, tvOS 16.2 and HomePod software 16.2 for public consumption in November or December. Read: 33 post-install steps in macOS