Palera1n, the developer-focused checkm8 bootrom exploit-based iOS & iPadOS 15.x jailbreak that has been making rounds in the community as of late, was updated to version 1.1.1 late Saturday night. 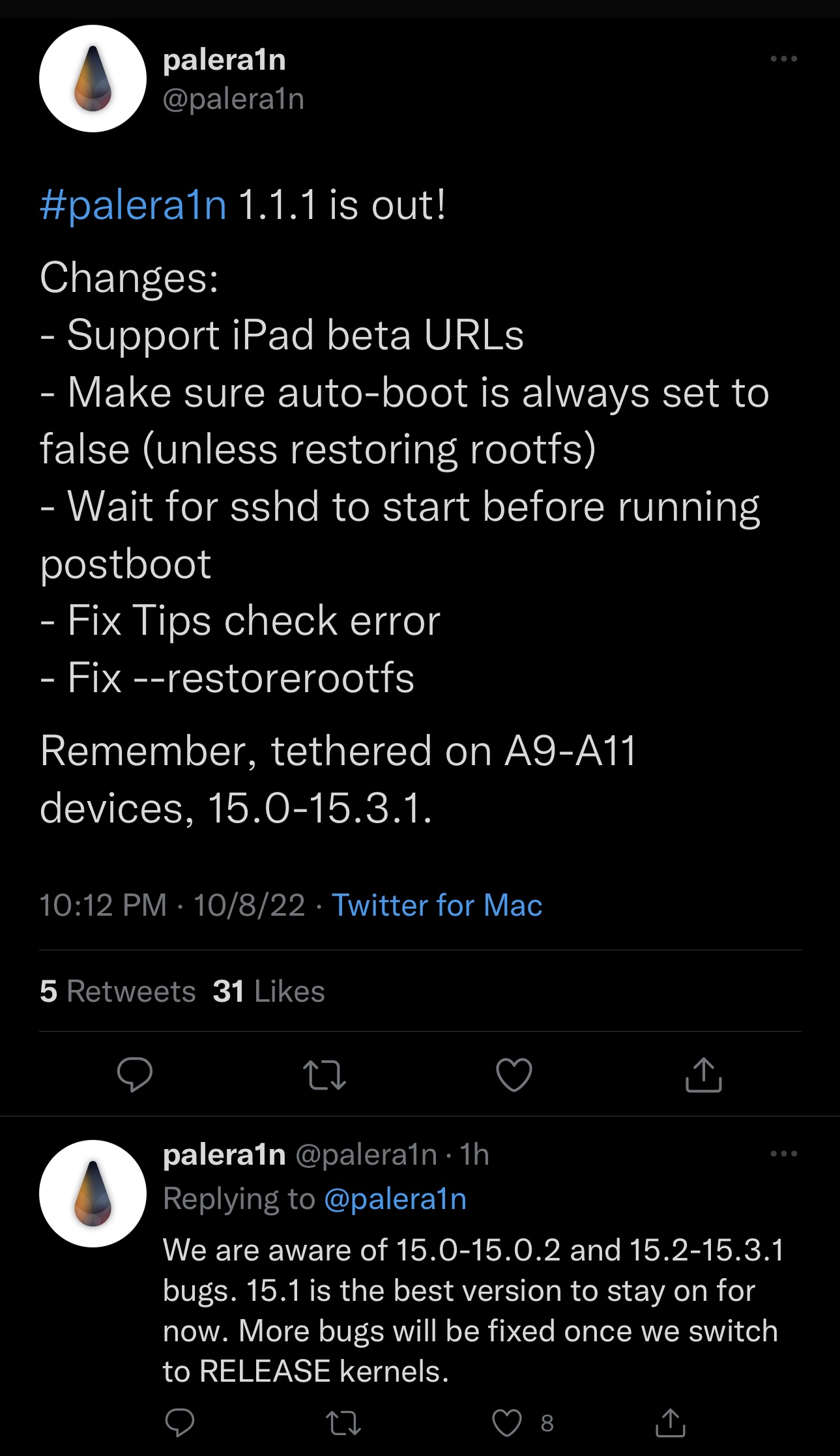 The palera1n team announced the latest release via the official Twitter account, which developers @itsnebulalol and @mineekdev created earlier in the week to keep the community apprised of changes and developments related to the project.

Citing the official change log for palera1n v1.1.1, we can gather that this update is comprised of all the following changes:

The palera1n team is currently aware of  bugs plaguing iOS & iPadOS versions 15.0-15.0.2 and 15.2-15.3.1. The teak currently recommends iOS or iPadOS 15.1 as the most stable firmware, however future updates to the tool should further stability on all versions.

Because this is a developer-focused jailbreak, we shy away from saying the update is recommended for ‘everyone,’ but all existing users should definitely update to the latest version, while all prospective users should default to using the latest release instead of an outdated release.

One thing that’s important to note is that while palera1n is a working iOS & iPadOS 15.0-15.7 jailbreak, it only supports devices susceptible to the checkm8 bootrom exploit. This means that palera1n can only jailbreak A9, A10, and A11 devices, with A10 and A11 not being able to have passcode or biometric authentication capabilities.

Also important to note is that palera1n only supports tweak injection on iOS 15.0-15.3.1 and that the experience is tethered, requiring a computer after every reboot unlike the semi-untethered jailbreaks most of us have come to be accustomed to over the last several years.

If you’re interested in learning more about palera1n, then you can head over to the official GitHub page for more information. Obviously, iDB will keep you apprised of new changes as well.