This Sunday afternoon, the Odyssey Team formally announced the name of its upcoming rootless Cheyote jailbreak for iOS & iPadOS 15.0-15.1.1, while the Zebra Team likewise announced Zebra 2, which will be a complete design of the app with improvements to the iPad interface, the way users search for packages, and a bevy of other changes. But that wasn’t all we learned. 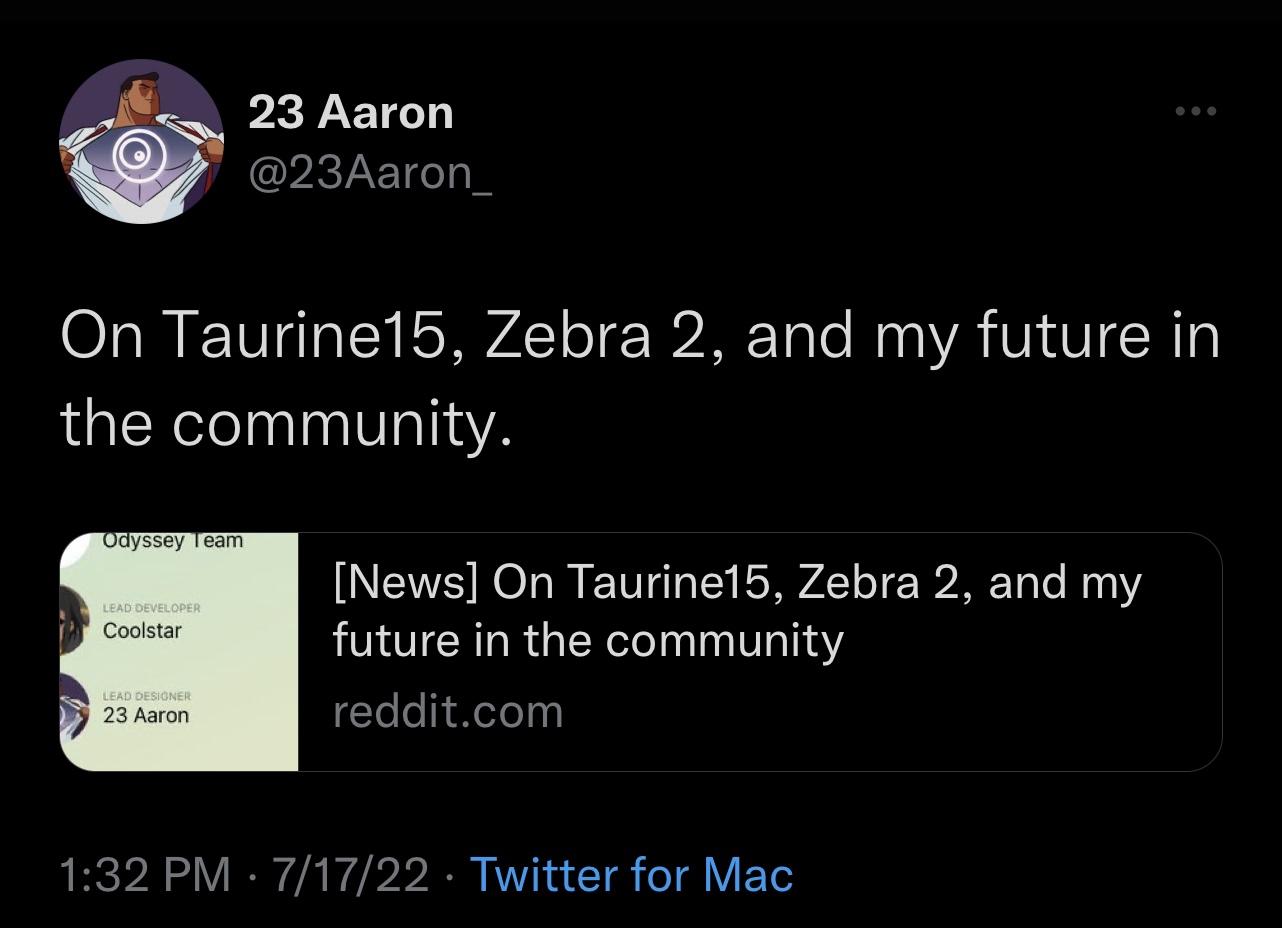 It would seem that a major player at the Odyssey Team, more specifically @23Aaron_, is making the difficult decision to step down and be succeeded by @Jioriku and @elihwyma. The former will dedicate their time to releasing updated versions of the Cheyote jailbreak tool, while the latter will instead focus primarily on the development of the jailbreak application front end.

Lesser known is the fact that 23 Aaron was also the lead designer of the Zebra package manager app. In fact, they played a substantial role in the development of the ground-up redesign that we showed you earlier today in the upcoming Zebra 2 update.

23 Aaron is taking a step back from being a creator for the jailbreak community, and will instead hang around as a fellow fan and to tutor and assist other developers who may need help getting started with jailbreak development. Likewise, 23 Aaron will be able to help existing developers as they attempt to make their jailbreak tweaks compatible with the rootless jailbreak dynamic shipping with Cheyote.

23 Aaron will continue to have an active voice in the jailbreak community, such as on Twitter and on /r/jailbreak even despite retiring from creating and developing things for it, which we think offers incredible resources for those filling the vacuum that will be left behind.

Having said all that, the small shakeup we see happening here isn’t expected to cause challenges for the future of the jailbreak community, but rather foster friendly resources that jailbreak developers can tap as needed to continue doing what they do best: creating and offering jailbreak tweaks to the masses.

As you digest all of the latest developments in the jailbreak community this weekend, be sure to discuss your thoughts on everything in the comments section down below.