Some pretty big and exciting news for jailbreakers and jailbreak tweak developers alike on Friday — the Havoc repository is now adding PayPal support for purchasing paid jailbreak tweaks and other add-ons. 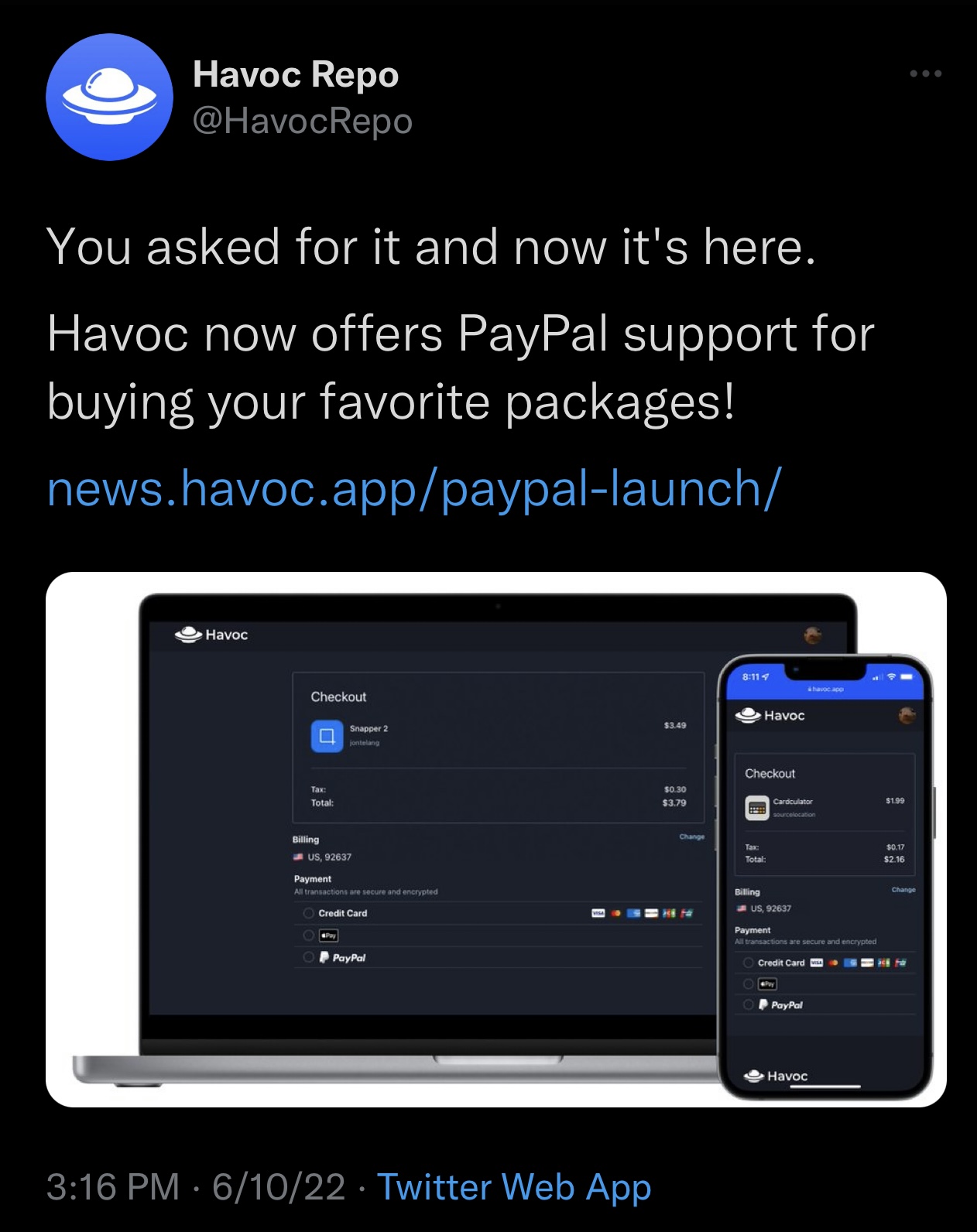 The Twitter-based announcement above was made this Friday afternoon, just days after the Twickd repository noted that it would no longer offer PayPal-based sales of paid jailbreak tweaks in a bid to boost free and open source jailbreak package releases.

The Havoc repository originally launched earlier this year to succeed the now-closed Packix repository, which was at one time one of the most popular repositories that hosted paid jailbreak packages.

With support for PayPal, users now have another more convenient option to purchase their favorite packages, and the same goes for developers, who have been asking for this payment flow for a long time due to its simplicity.

PayPal now joins Apple Pay and physical credit cards as user-preferred payment methods in the Havoc repository, however purchases are only possible in package manager apps besides Cydia, such as Sileo and Zebra.

It will be interesting to see if the newfangled PayPal support encourages more jailbreak developers to make and release paid jailbreak tweaks, but only time will tell.