Apple during today’s “Peek Performance” presentation announced next-generation Apple silicon, the new M1 Ultra chip that has a 20-core CPU, 64-core GPU, up to 128 gigabytes of unified memory and more. 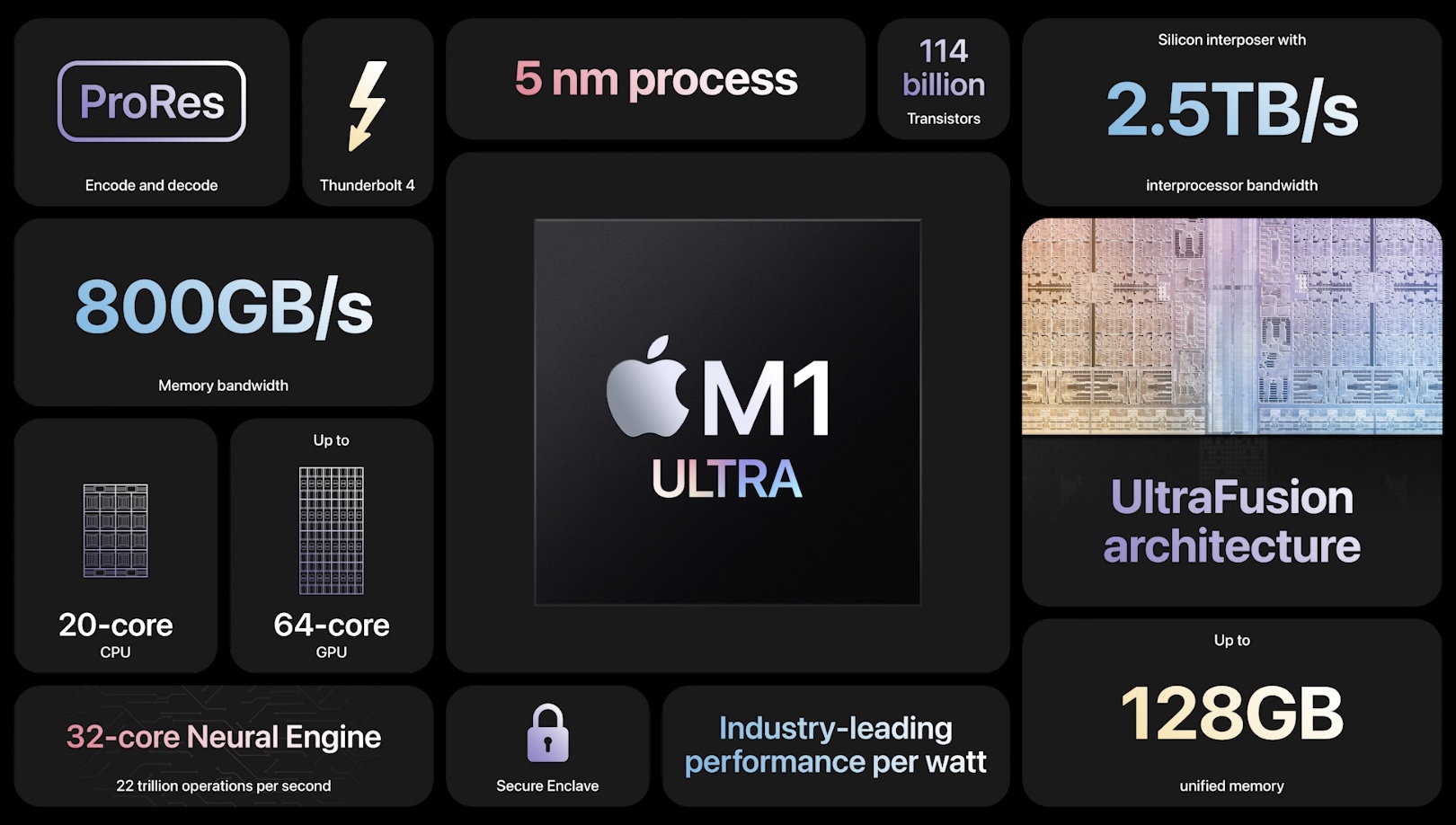 The M1 Ultra is basically two M1 Max chips connected using some proprietary technology that makes it much faster than existing solutions. So two M1 Max chips are connected using die-to-die interconnect technology and the whole thing is then packaged using a custom-built packaging architecture which Apple has developed and dubbed UltraFusion. Phew, so much new buzzwords to learn!

Apple claims that UltraFusion provides twice the connection density than any other interconnect technology out there. And it provided some cold hard numbers to back its claim, saying UltraFusion enables up to 2.5TB/s between the two dies. With low latency and massive bandwidth also come massive speed increases.

The M1 Ultra has a 20-core CPU featuring sixteen high-performance cores that fire up when running the most demanding tasks, such as complex video editing, 3D gaming, multi-layered audio editing and more. For other, less-intensive tasks, the M1 Ultra provides four low-power cores that consume a fraction of the power.

Finally, a chip that lets your Mac run Chrome! 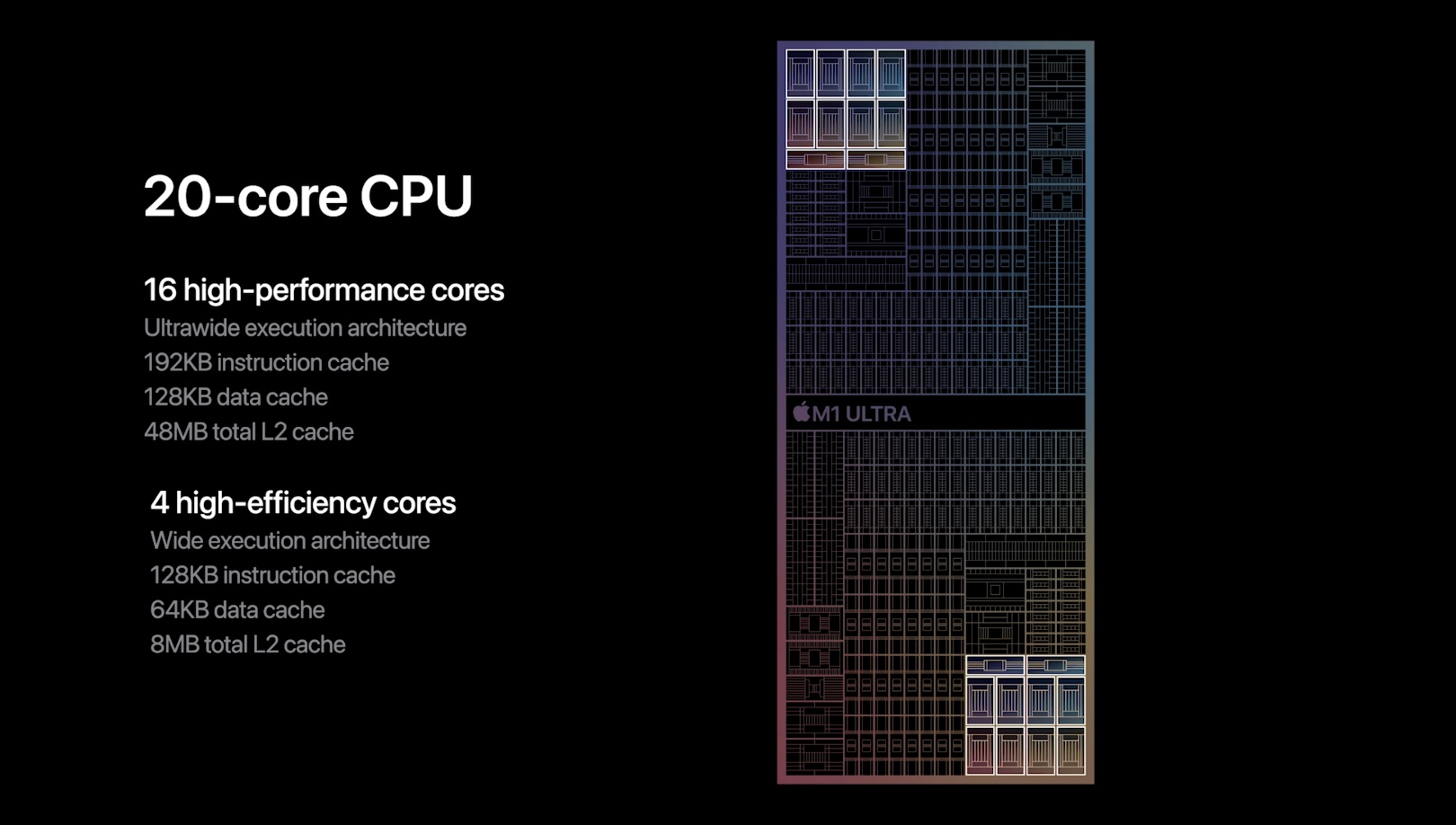 The CPU is parked with a 64-core GPU which Apple says is 8x faster than the M1’s GPU. The neural engine in the M1 Ultra has 32 cores providing twice the capability of the previous generation. The M1 Ultra supports up to 128 gigabytes of unified memory with 800GB/s memory bandwidth, which Apple says is “10x the latest Intel desktop chip”.

Oh, and the M1 has a whopping 144 billion transistors—seven times more than the M1. Why you really need to know is that the M1 Ultra unleashes the power of performances you don’t understand. At long last, there’s chip that can help your Mac run Chrome!