If you’re using checkra1n to jailbreak an A11-equipped handset with iOS or iPadOS 14, then you can’t have a native passcode or use biometric authentication methods like Face ID or Touch ID. 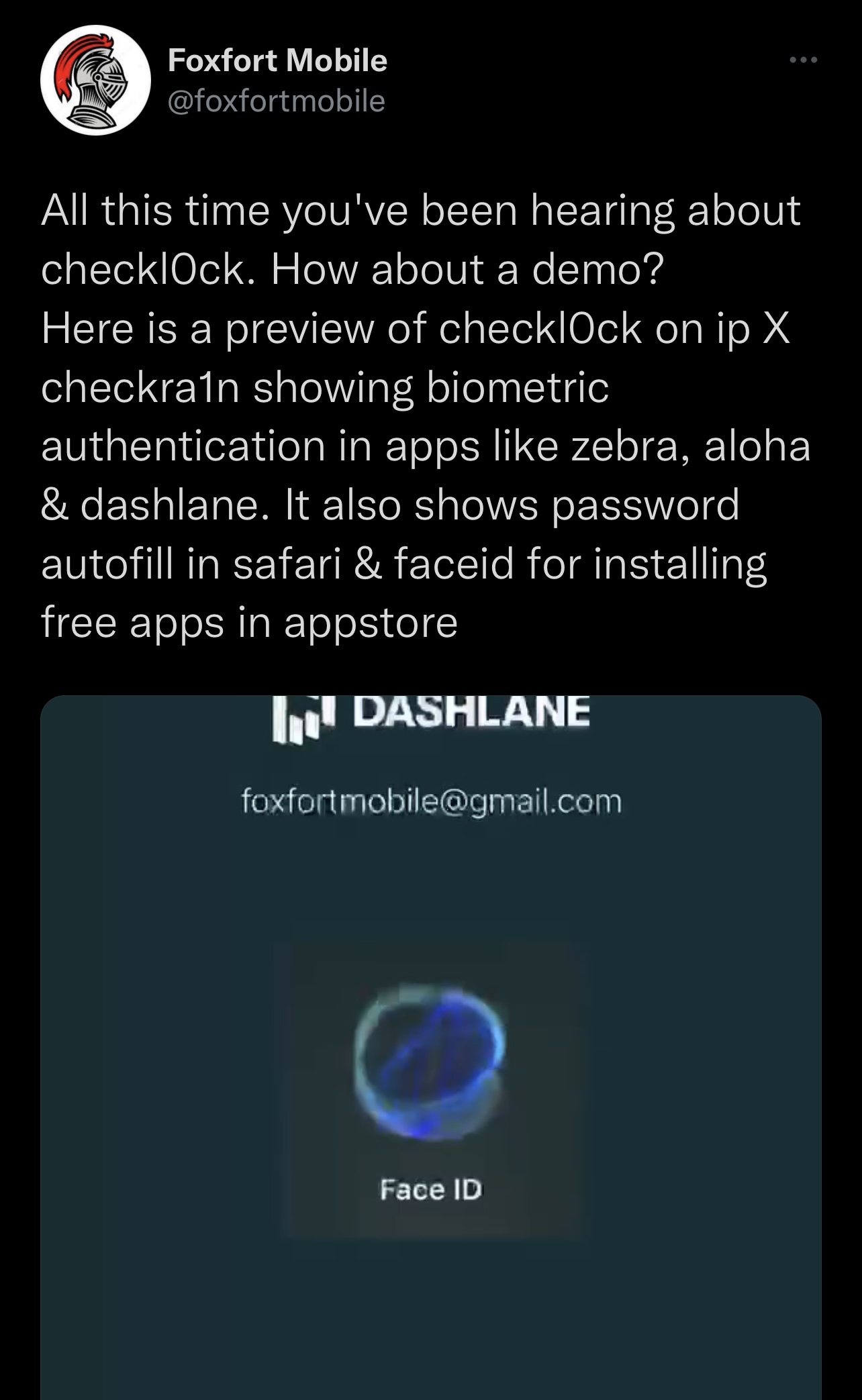 We’re of course talking about checkl0ck, an upcoming paid jailbreak tweak that iOS developer FoxfortMobile has been teasing on Twitter for several weeks.

According to a more recent Tweet, checkl0ck will enable Face ID and Touch ID biometrics on A11-equipped handsets such as the iPhone 8, iPhone 8 Plus, and iPhone X as long as the device is jailbroken. This means that when you reboot the device, you will lose those capabilities until you re-jailbreak it.

Those biometrics will work for not just unlocking the device, but also for authenticating apps that require authentication to launch, installing apps from the App Store, and even inserting passwords via Safari auto-fill. Unfortunately, Apple Pay is not and will not ever be supported.

Since checkl0ck is easy to bypass by Turing the device off and on again, it shouldn’t be thought of as a security mechanism per-se, but more as a deterrent and for the convenience of using Face ID or Touch ID over entering passcodes, passwords, and other tedious alternatives.

We should note, however, that most people who pick up your iPhone aren’t going to know you’re using a jailbreak tweak to enable a passcode and/or Face ID or Touch ID, so it isn’t particularly likely that someone’s going to reboot your handset to use it.

While an official release date hasn’t yet been announced, FoxfortMobile says the tweak will be released soon on the new Havoc repository for $3.00. It’s worth reiterating that lockdown beta is an alternative for a smaller $0.99 price tag that provides passcode functionality, but the latter won’t give you biometric authentication like checkl0ck will.

Do you plan to purchase checkl0ck when it comes out? Be sure to let us know in the comments section down below.