A bug in Apple’s Messages app lets others see when you read their texts even with the option to send read receipts turned off on the device. 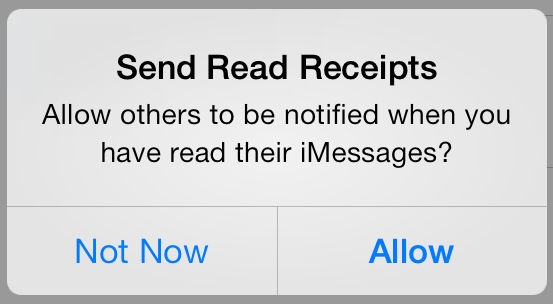 Can other people still see when you’ve read their texts and iMessages even though you have turned off the option to send read receipts in your Messages settings? Apparently, an unknown percentage of users is complaining about a weird bug found in both current and previous releases of iOS and iPadOS that affects read receipts in the Messages app.

This problem has cropped up seemingly briefly with previous releases of iOS and iPadOS, but I see a spate of reports with iOS 15, including the latest updates, in which people have a mismatch between their setting and other people being made aware of their status.

Apple didn’t acknowledge the bug at the time of writing and is unlikely to do so.

When will Apple fix the Messages read receipts bug?

The company would typically issue a statement saying a fix was underway, but only if case of a major bug or user problem. For now, there’s no telling how widespread the Messages bug with read receipts is or what particular devices are affected. Some people have confirmed that restarting the device may temporarily fix the problem.

Hopefully, Apple will squish this weird bug in due time.

The company tends to react pretty swiftly when it comes to providing relief for software issues, especially when publicly scrutinized by the media. That said, here’s hoping that a fix for the Messages read receipts bug arrives sooner than later.

How to manage read receipts on Apple Messages

You can turn the read receipts feature on or off by toggling the option “Send Read Receipts” in the Messages settings on your iPhone, iPad or Mac, with the setting automatically syncing across all your other devices using the same Apple ID account.

How to toggle read receipts in Messages iPhone and iPad

The setting will sync across all your devices signed in to the same Apple ID account.

With “Send Read Receipts” off, the recipient sees a “Delivered” status underneath your text along with the timestamp. If you enable read receipts, “Delivered” changes to “Read” when the other party has read your message, and the timestamp gets updated accordingly. Read: How to toggle Messages read receipts for specific contacts

How to toggle read receipts in Messages for Mac

“When this is on, people are notified when you have read their messages,” reads the feature’s description. As mentioned before, toggling this setting turns read receipts on for all conversations and all devices using the same Apple ID account.