The iPhone is an amazing music player, especially when you have streaming services like Apple Music, Pandora, Spotify, and others right in the palm of your hand on demand. 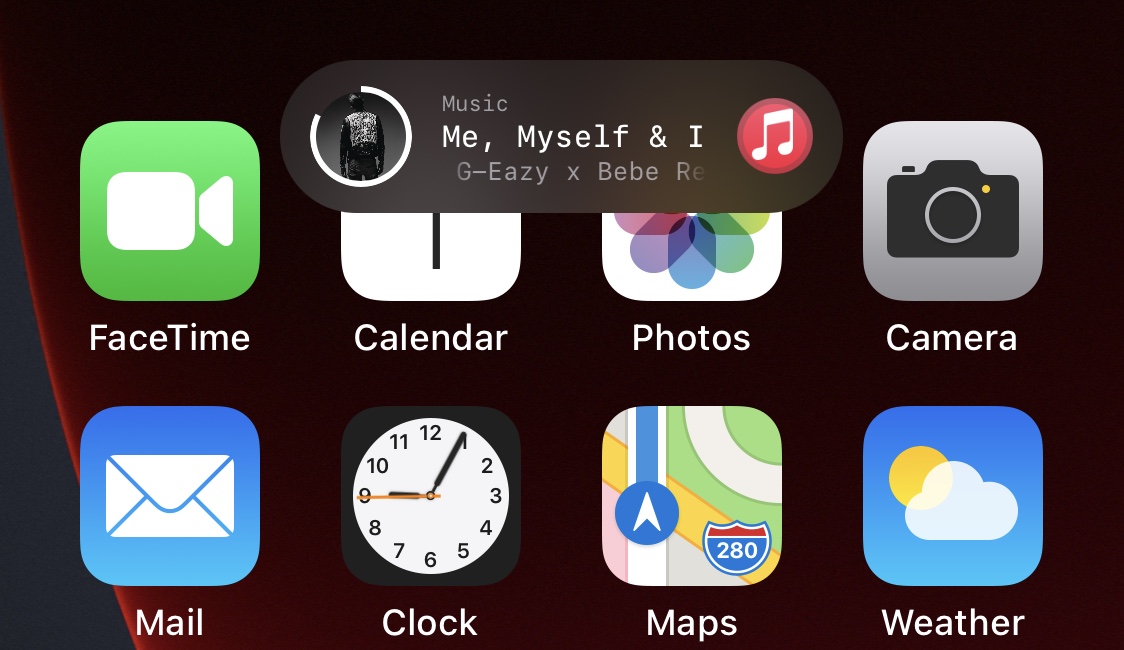 On the other hand, having a jailbroken iPhone at your disposal is even better since you can access more levels of music-centric customization that aren’t possible on a stock handset.

Enter Next Music, a newly released and free jailbreak tweak by iOS developer Sugiuta that summons a Toast-style notification banner that contains details about your Now Playing music as one track shifts to another from your playlist.

In the screenshot example above, you’ll see how the Next Music banner looks a lot like the Apple Pencil charging animation on the iPad Pro and the Do Not Disturb banner that appears when a scheduled Do Not Disturb session turns on or off on your iPhone.

The banner is about as minimalist as it comes, but it displays all the information that matters, including a preview of the song’s album artwork, the name of the song, and the artist’s name.

Next Music is a configurable tweak, so you’ll find a preference pane in the Settings app shortly after installation: 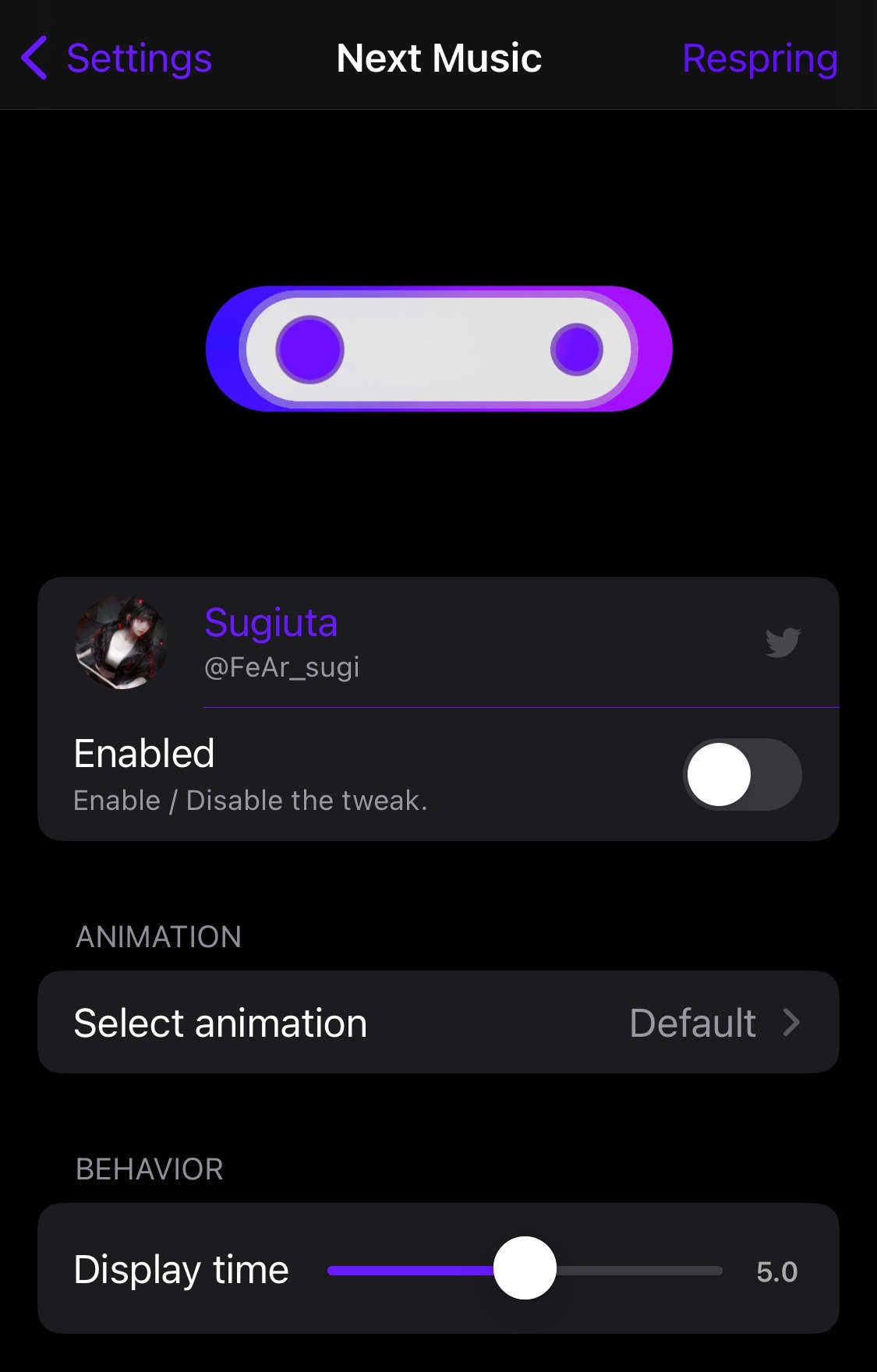 As for what types of animation styles you can pick from, a list of your choices can be found below: 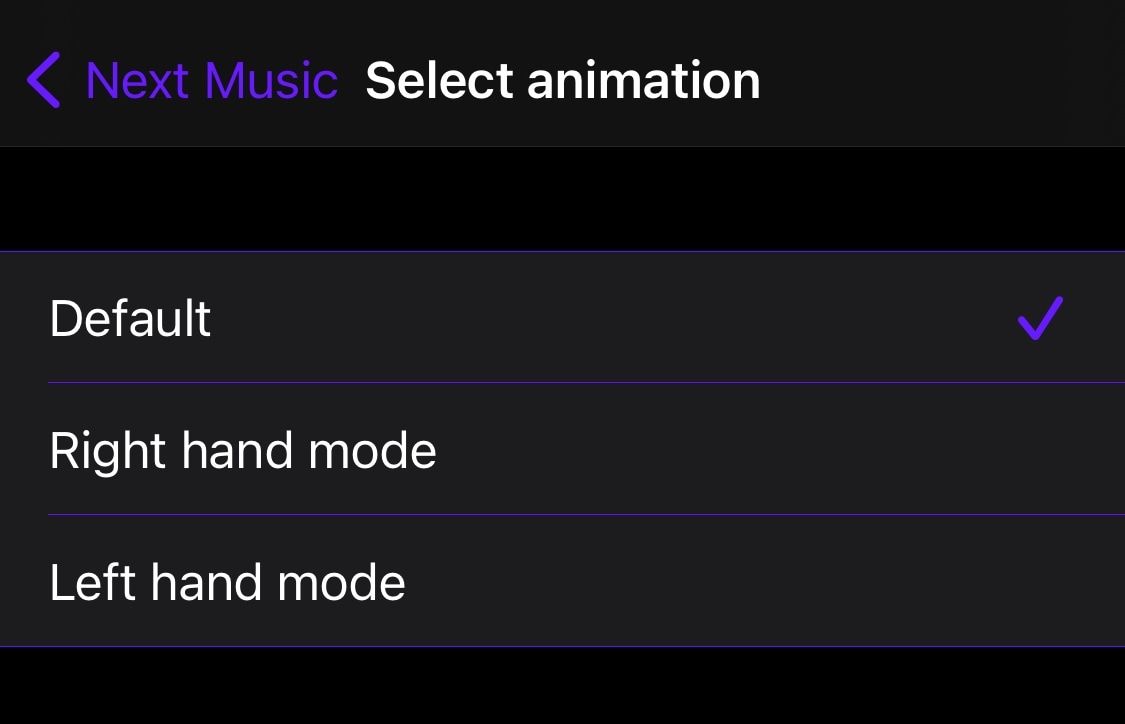 It’s really common for me to listen to music beyond the bounds of my playlist(s), after which the streaming app usually begins to curate ‘similar’ tracks for me. For that reason, being notified about what’s playing in this manner is a good way to boost music discovery if you’re big on finding new music.

If you’d like to try Next Music out for yourself, then you can download it for free from Sugiuta’s personal repository via your favorite package manager app. The tweak supports jailbroken iOS 14 devices.

Those not already taking full advantage of Sugiuta’s personal repository can add it to their package manager app of choice via the following URL:

Do you have any plans to boost your music consumption user experience with the new Next Music jailbreak tweak? Be sure to let us know in the comments section down below.