Having the ability to translate between two different languages can be an invaluable asset, especially if you’ve been shirking on foreign language studies. 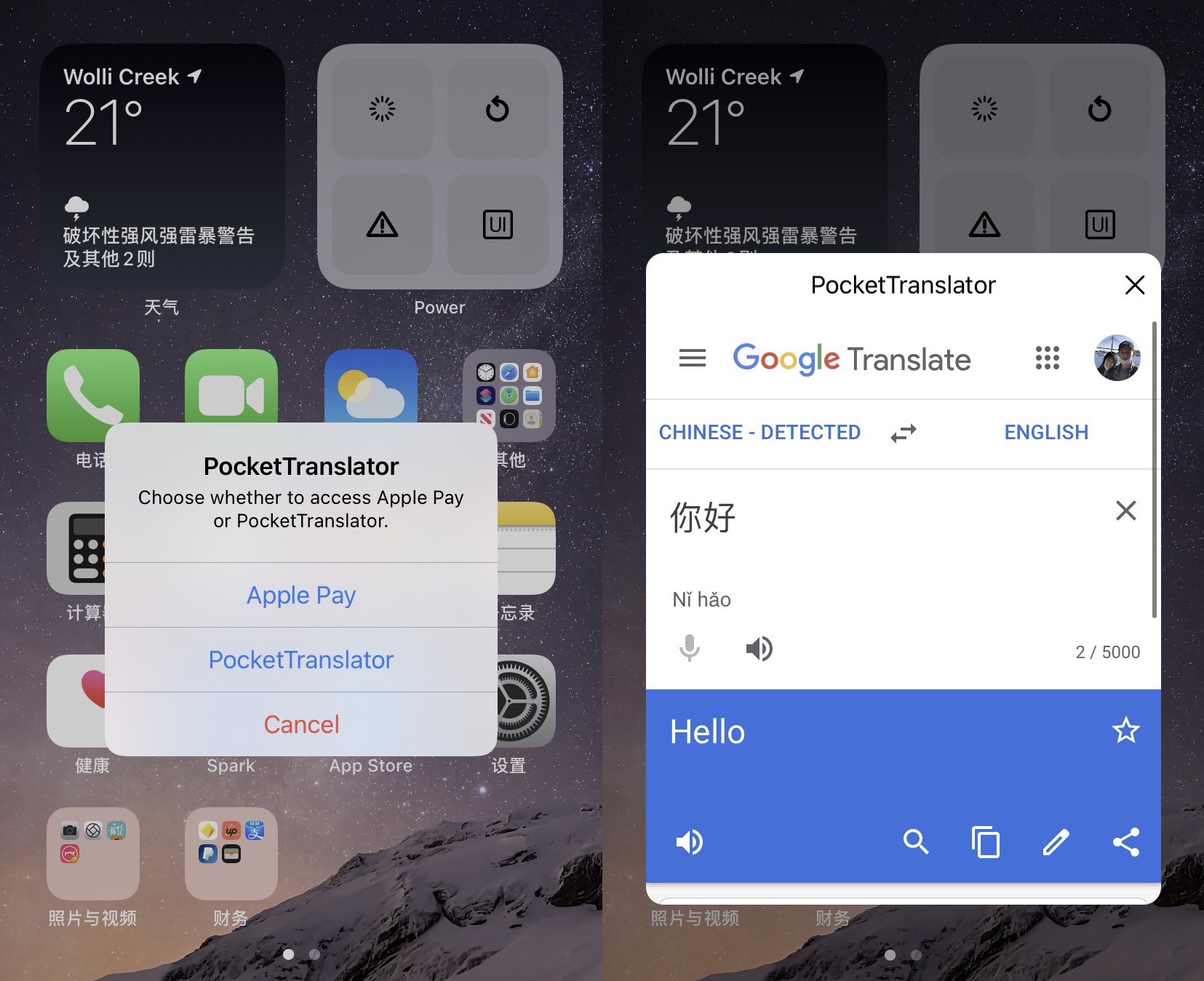 Despite the iPhone’s native Translate app and the plethora of third party alternatives in the App Store, Pocket Translator is a more convenient option for jailbreakers because it can be summoned from virtually anywhere.

Right out of the box, the tweak can be summoned by double-pressing the sleep/wake button. After doing so, you’re presented with a menu that lets you choose between launching Pocket Translator or using Apple Pay, as depicted in the screenshot examples above.

Another thing you’ll notice is that Pocket Translator uses Google Translate out of the box, which depending on your preference, could be an upgrade over Apple’s Translate app in and of itself.

Once installed, Pocket Translate adds the following preference pane to the Settings app where users can configure a few vital options: 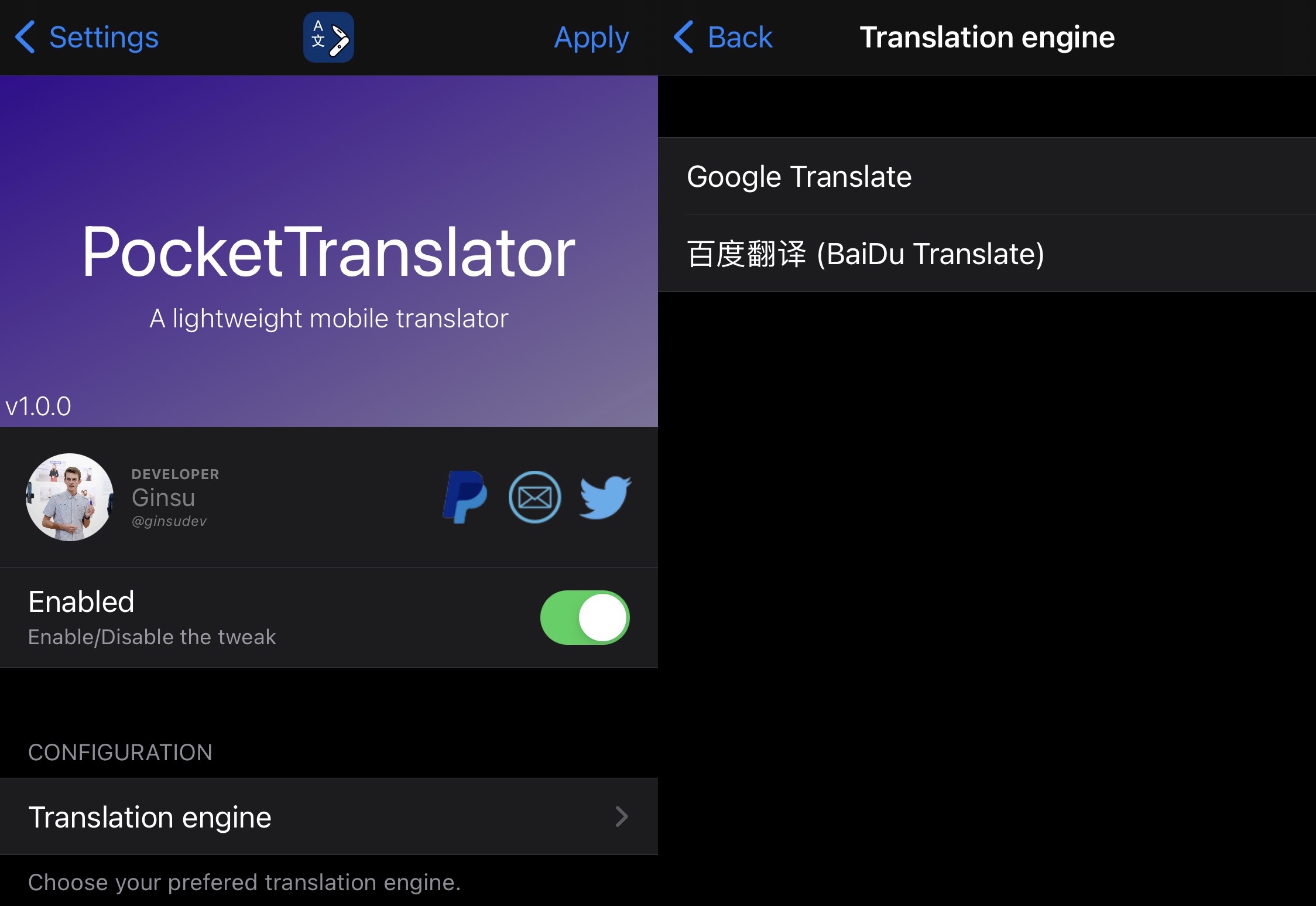 Citing the /r/jailbreak release thread for Pocket Translator, it appears that ginsudev plans to integrate new activation methods in the future. These would include a Control Center module and Activator. With that in mind, if you’d rather not impede your Apple Pay experience with Pocket Translator, then you might want to wait for that update.

Ginsudev also warns that Home Button-equipped iPhones likely won’t work with Pocket Translator at this time, but a future update should resolve that.

Those interested in giving Pocket Translator a try for themselves can download the tweak for free from gunsudev’s personal repository via their favorite package manager app. The tweak supports jailbroken iOS 12 and 13 devices.

If you’re not already using ginsudev’s personal repository, then you can add it to your package manager app of choice via the following URL:

Do you plan to upgrade your pwned handset’s language translating capabilities with Pocket Translator? Be sure to let us know why or why not in the comments section down below.