YouTube is a popular platform for sharing and watching videos, but it also happens to be an excellent time waster for when you’re waiting around for appointments or partaking in activities where time seems to drag because you have nothing else to do.

Trust me when I say I’ve been there, done that, and got the T-shirt. But when you have a specific deadline in mind, such as ensuring that you’re entertained for the final five minutes of your lunch break at work, you probably want to ensure that your YouTube video consumption doesn’t bleed over into that deadline.

While some users don’t mind doing the math themselves after glancing at the length of the video and then figuring it with the amount of time they have left, others are less patient and would rather be spoon-fed that information. That’s one circumstance in which a newly released and free jailbreak tweak called YTETA by iOS developer iCraze could offer some convenience.

Once installed, YTETA modifies the YouTube app such that it displays the specific time when a YouTube video you’re watching will end just above the video progress bar, as depicted in the screenshot example above. For example, if it’s 12:55 P.M. and the YouTube video you’re watching is three minutes and 36 seconds long, then YTETA will tell you that the video will end at 12:58:36 P.M.

Of course, the time outputs and formats are configurable since YTETA adds the following preference pane to the Settings app post-installation: 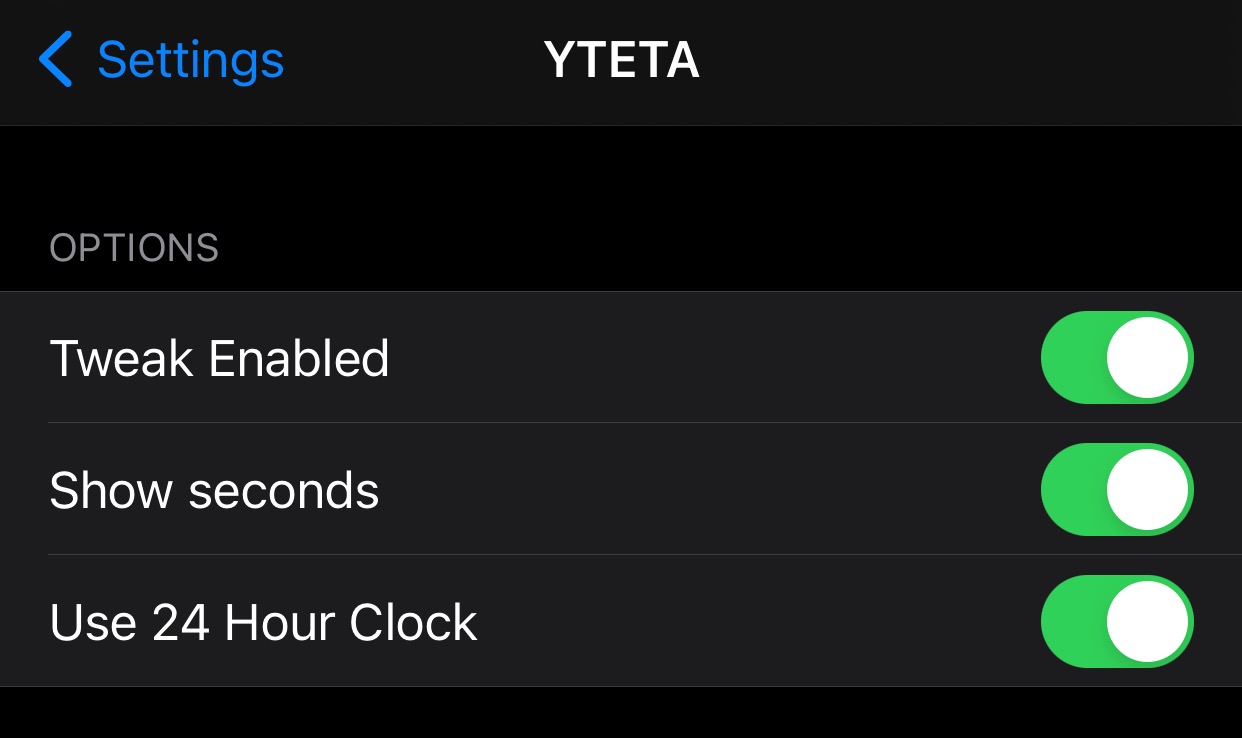 YTETA is a niche tweak that many YouTube users won’t realize they need until they try it out for themselves. Personally, that’s what happened with me. Now that I’ve gotten used to what YTETA brings to the table, I don’t want to go back.

Those who are interested in giving YTETA a try for themselves can download the tweak for free from the Packix repository via their favorite package manager app. The tweak supports jailbroken iPhones running the official YouTube app.

Do you think YTETA will enhance your daily workflow? We’re curious to read your thoughts in the comments section down below.