If you ever find yourself in the type of pinch that necessitates instantaneous note-taking, then we think you’ll be pleased to learn about the likes of a newly released and free jailbreak tweak dubbed Notey by iOS developer Spartacusdev.

Notey is best described as a ntoe-taking companion for jailbroken iPhones and iPads that adds an always-available shortcut on your handset’s screen so you’re never more than a tap away from typing or reading notes.

As depicted in the screenshot examples below, the always-available shortcut provided by Notey appears as a coffee cup and floats around on your screen. Users can drag the shortcut anywhere on their screen that they want, and after tapping it, users can view previously-made notes or create new notes: 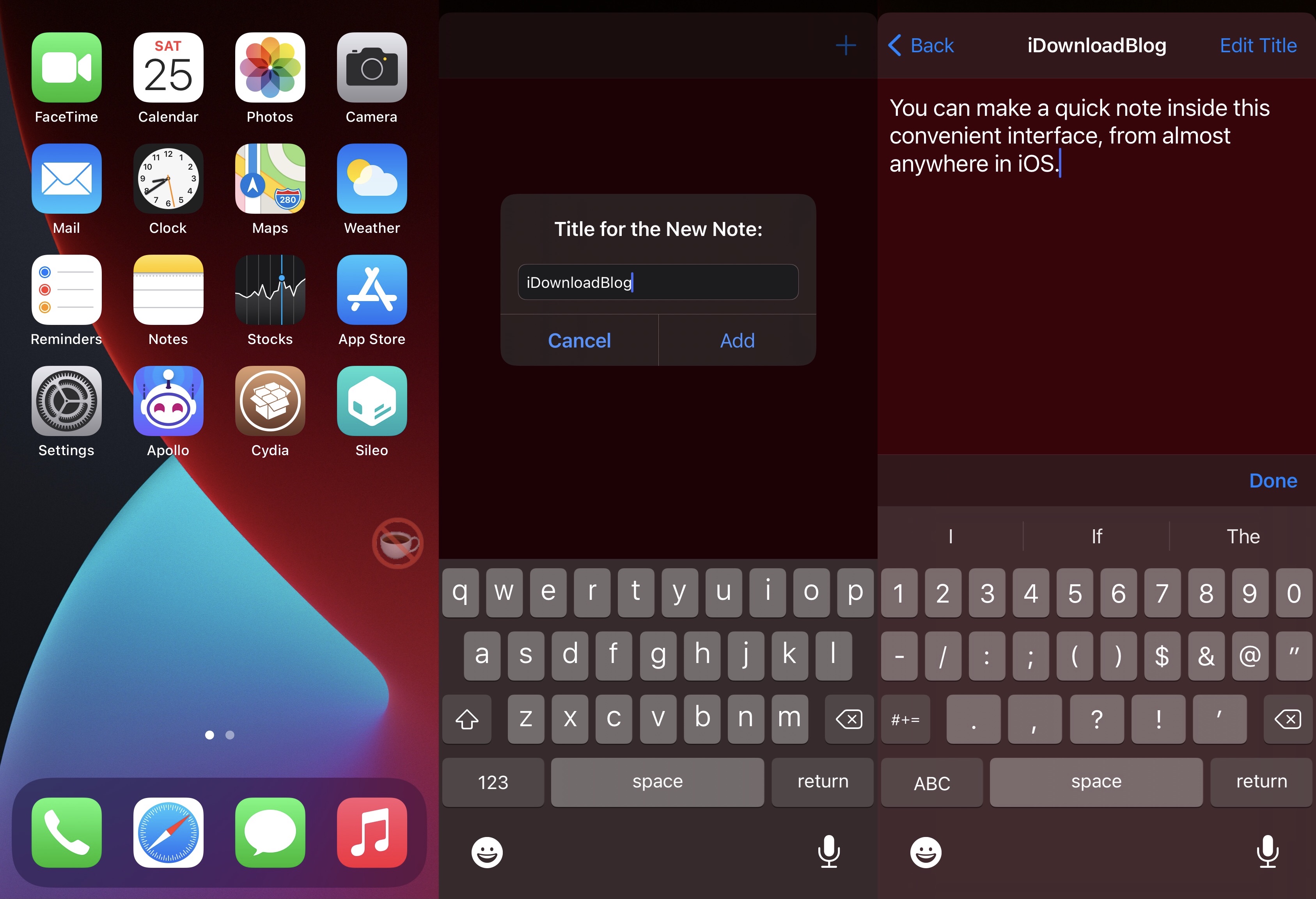 One of the things we really like about Notey that sets it apart from previously-released tweaks just like it is more sophisticated note-taking experience. For example, it lets users title individual notes for easier reference later on.

Sound familiar? It should. Apple’s native Notes app works in the same way, allowing users to entitle individual notes so that you can see what’s in that note from the notes list.

While the implementation is a bit different, the concept is still the same. It’s worth noting, however, that Notey has no affiliation with Apple’s Notes app and that the notes you put into Notey will not be accessible from Apple’s Notes app, or vice-versa.

After installing Notey, users will find a dedicated preference pane in the Settings app for configuring the tweak to their liking: 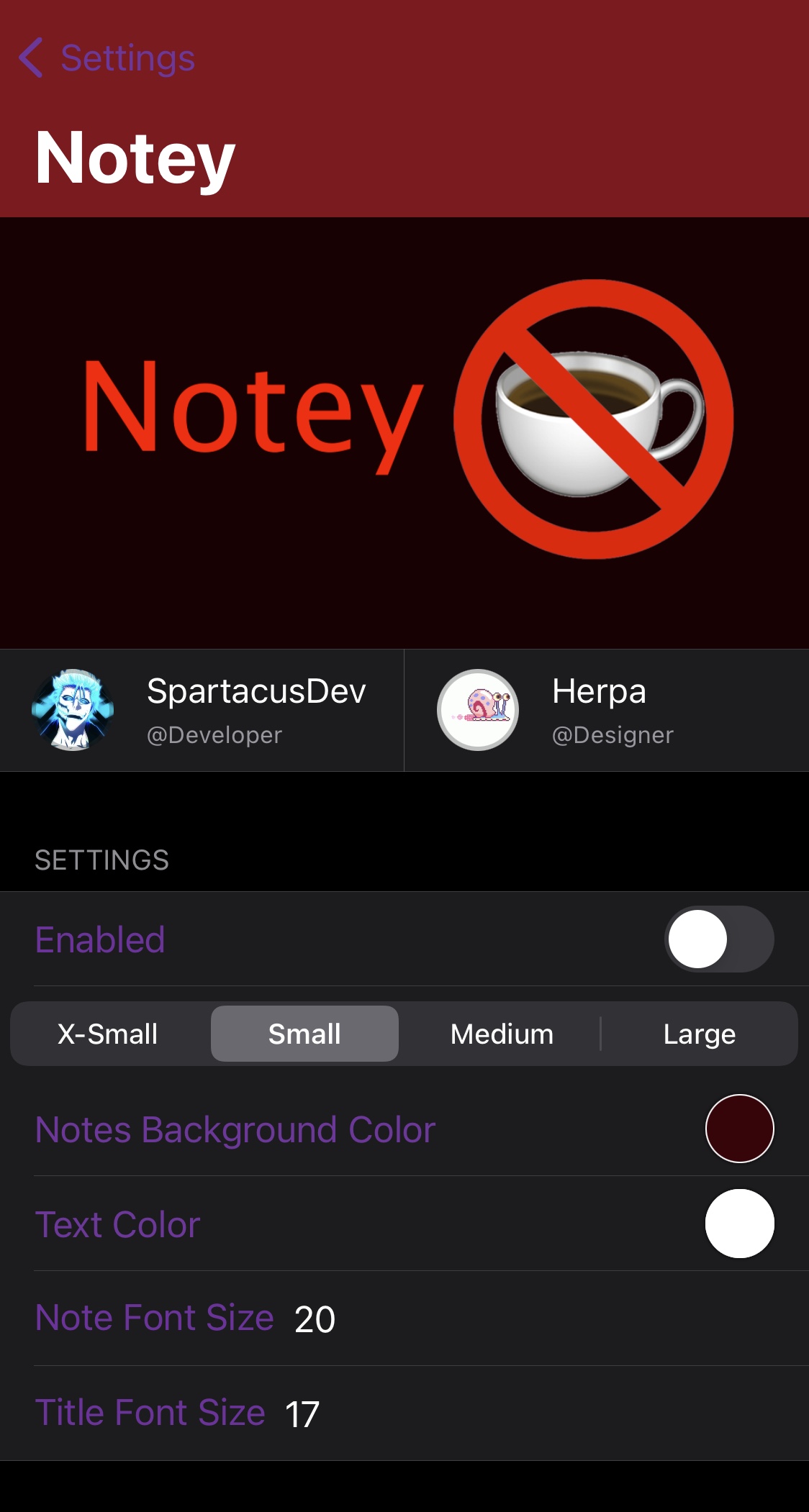 If you sometimes find that having to find and launch the Notes app it too much effort when someone with waterfall mouth is already starting to tell you about important details you might need to know, such as a phone number, an address, or a to-do list expectation, Notey can come in handy because of its always-on availability from anywhere in iOS.

Those interested in giving Notey a try can download it for free from Spartacusdev’s personal repository via their favorite package manager. The tweak supports jailbroken iOS 14 devices.

In case you aren’t already taking advantage of Spartacusdev’s personal repository, the URL to add it to your package manager of choice can be found below:

Do you plan to download the Notey extension, or are you happy with Apple’s Notes app? We’re excited to hear from you in the comments section down below.