In an announcement made by Chimera Team lead developer CoolStar via the Sileo / Taurine / Odyssey Discord channel, we learn that the latest version of Chimera adds support for Apple’s newly released iOS 12.5.5 software update for older handsets and boosts jailbreaking success rate for certain devices.

While most jailbreakers today are enjoying a pwned iOS or iPadOS 13 or 14 experience, today’s update to Chimera is a reminder that even older jailbreaks can benefit from modern refinements. 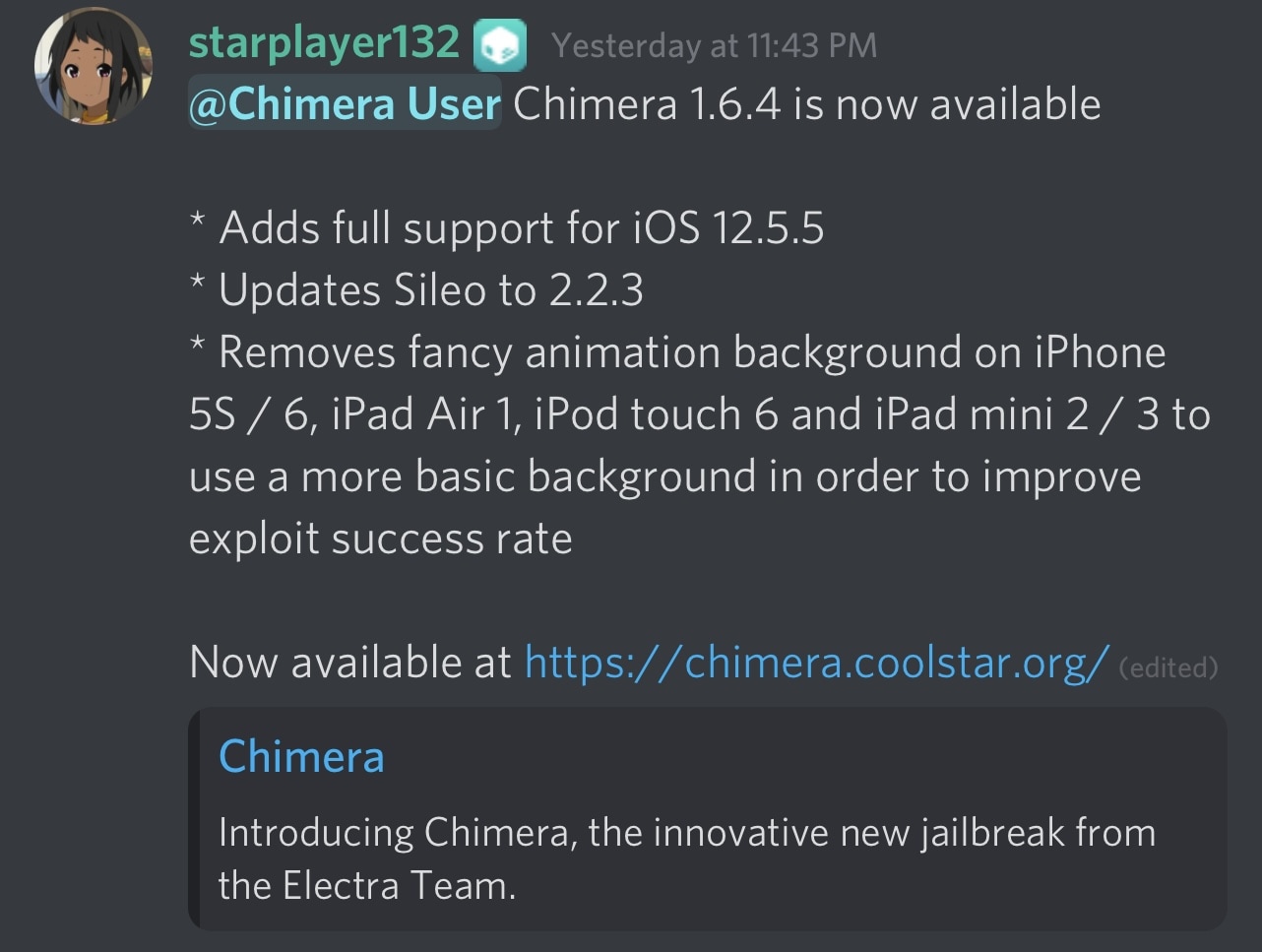 The full change log for Chimera v1.6.4 can be found below:

The augmented exploit success rates specifically impact users of older platforms such as the iPhone 5s, iPhone 6, iPad Air 1, iPad mini 2, iPad mini 3, and iPod touch 6th generation, while newer handsets won’t see much difference in this respect; however, the update is for all Chimera-compatible devices. The exploit success rate purportedly owes itself to the removal of a fancy background.

In additional comments made to the Discord channel, CoolStar noted some other important facts about the update: 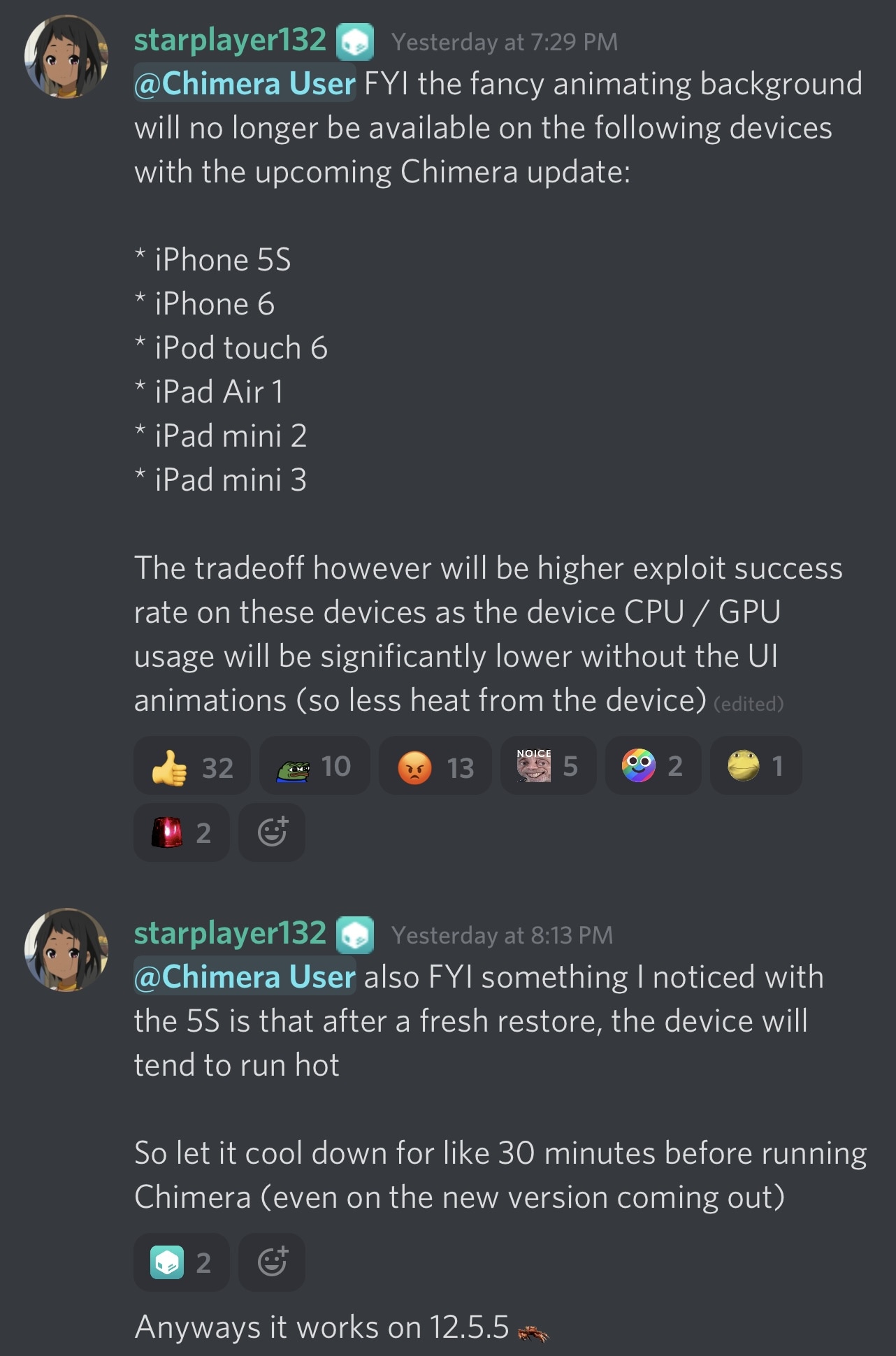 In addition to improving the exploit success rate, the removal of the fancy background also appears to reduce CPU and GPU workloads, which will result in cooler temperatures of the device being jailbroken throughout the process. CoolStar did note that the iPhone 5s specifically would run warm upon jailbreaking after a fresh restore, so it would be recommended to let the handset cool down for about 30 minutes before running Chimera again.

We regularly recommend that jailbreakers stay on the lowest possible iPhone or iPad firmware to ensure jailbreakability, but the opposite is to be said about jailbreak tools. It’s generally best to use the latest version of whichever jailbreak you might be using, as this keeps your device as reliable and secure as it can be.

As always, the latest version of Chimera can be downloaded from the official chimera.coolstar.org website, and instructions for jailbreaking with Chimera are carefully outlined in our step-by-step tutorial.

Do you still use the Chimera jailbreak for iOS 12, or are you using something newer to enjoy jailbreak tweaks and add-ons? Be sure to let us know in the comments section down below.