Apple’s new iOS 15 mobile operating system makes notification banners smaller and less intrusive to the underlying user interface, but if you’re jailbroken on iOS 14 or below, then you aren’t enjoying the same luxury without a jailbreak tweak of some kind.

iOS developer Jez has just released a new jailbreak tweak called minimal that tries to make notifications less intrusive by displaying them as app icons instead of banners in the Status Bar’s time indicator slot on notched handsets.

In the before (left) and after (right) screenshot examples below, you’ll see just how much less intrusive minimal is as it alerts the user to an incoming notification:

When minimal displays the app icon in the Status Bar as shown, it takes the place of the time indicator and hangs around for about the same amount of time that a banner notification would before ultimately disappearing and allowing the time display to return to view.

Once installed, minimal adds a dedicated preference pane to the Settings app where users may configure the tweak however they like: 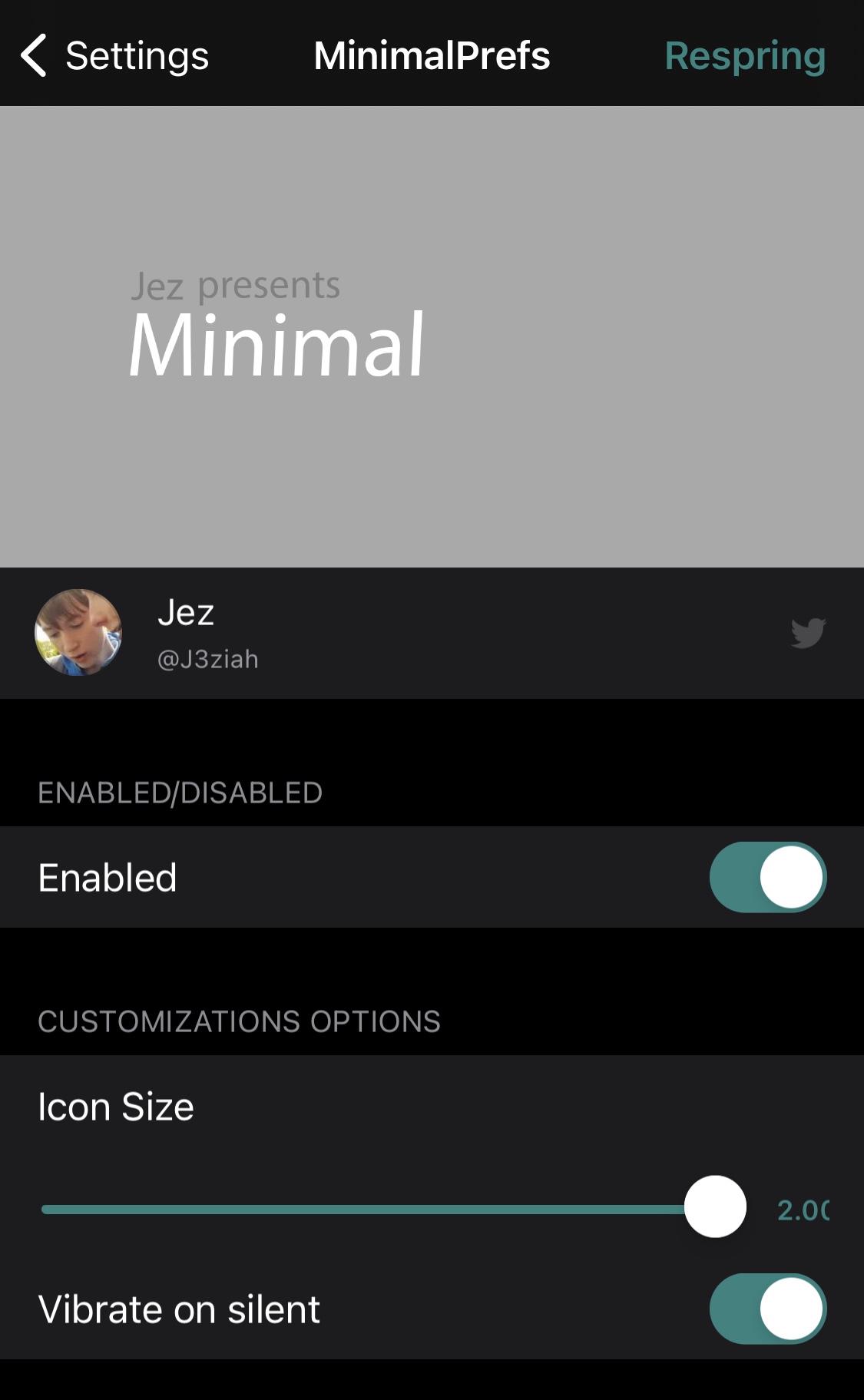 Obviously, some are going to appreciate the minimalism that minimal brings to the table while others might feel concerned about the extra work they have to do to see a notification’s contents post-install. While there are pros and cons to minimal, we think it offers a viable solution for those who feel like notification banners get in the way too much.

If you’re interested in trying minimal our for yourself, then you can purchase the tweak for $1.49 from the Havoc repository via your favorite package manager app. The tweak supports jailbroken iOS 14 devices.

Do you like the way minimal replaces intrusive banner notifications with a smaller Status Bar-sized icon? Tell us why or why not in the comments section down below.