It’s truly wonderful that the YouTube app supports Dark Mode on the iOS and iPadOS platforms, assuming the user toggles the feature on first. But unlike most Dark Mode-supported apps for the iPhone and iPad, the YouTube app’s user interface is more of a dark gray than black.

This is a bummer for users of OLED-equipped devices like the iPhone X and later because OLED displays are simply stunning to look at when displaying colors against true pitch-black backgrounds. This is eye candy that traditional LCD displays simply couldn’t hope to replicate, and it’s one of the many advantages of OLED displays.

If like so many others you wish the YouTube app exhibited an OLED-friendly pitch-black user interface, then you might be interested in a newly released jailbreak tweak dubbed YTOLED by iOS developer Ghina. Once installed, it grants this simple wish, as it’s obviously too much to ask of YouTube to implement such a simple necessity on their own. 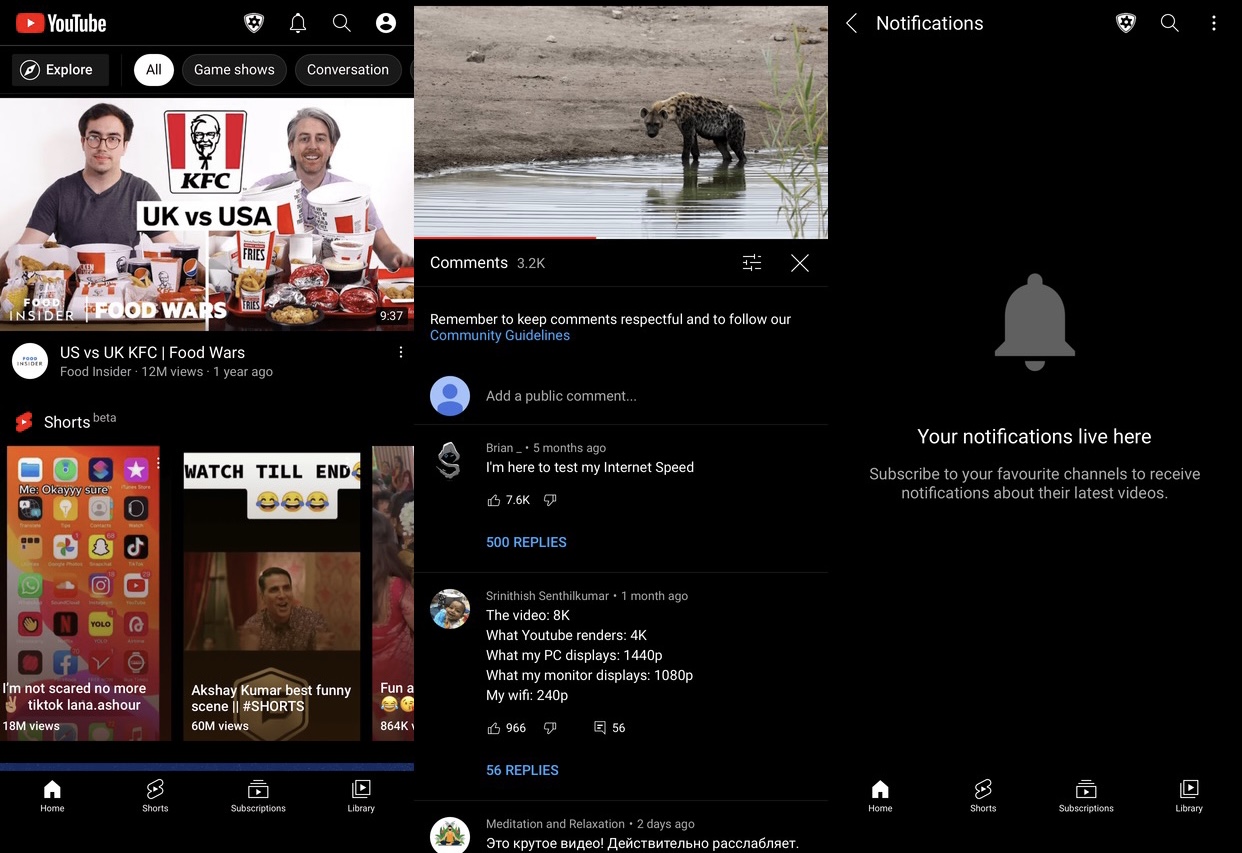 Examples of YTOLED at work are depicted in the screenshot examples above, and show the background of the YouTube app donning a gorgeous pitch-black aesthetic instead of the traditional dark gray that the app typically exhibits with Dark Mode turned on.

With the help of YTOLED, the individual pixels that compose the YouTube app’s user interface can actually turn off completely on OLED displays when expressing true blacks. This results in not only a slicker app appearance overall, but also battery savings, since the display is one of the most power-hungry components of your device.

If you have an OLED-equipped handset, and you use YouTube frequently, then we think you’ll take kindly to YTOLED. It doesn’t take much getting used to, as most of your apps already have a true black user interface thanks to the introduction in Dark Mode in iOS & iPadOS 13.

Please note that the developer recommends turning on Dark Mode in the YouTube app prior to installing YTOLED. Having Light Mode enabled before installing YTOLED can purportedly produce troublesome visual effects. So please keep this minor recommendation in mind.

Those who’d like to try YTOLED out for themselves can purchase the tweak for $1.49 from the Geometric Store repository via their favorite package manager app. The tweak is only intended for the official YouTube app, and works on all jailbroken iOS 13 and 14 devices.

If you’re not already taking advantage of the Geometric Store repository, then you can add it to your package manager app of choice by using the URL below:

Do you plan to download the YTOLED tweak on your pwned handset, or are you satisfied with the half-baked Dark Mode support that YouTube includes out of the box? Be sure to let us know in the comments section down below.