At the end of 2019, we showed you a jailbreak tweak called Accent that could have been used to tint various facets of the iOS or iPadOS user interface.

It provided users with a pre-defined list of colors that users could pick from to accomplish this, and while the tweak worked fabulously, the list of colors was somewhat constrained. That’s why this new release is particularly exciting.

iOS developer lillieweeb has just released a new and free jailbreak tweak dubbed Accent Custom that, much like the original tweak, enables color-based tinting to the iOS or iPadOS user interface. The differentiator, however, is that users may choose any color they want via a color picker.

As you’ll see for yourself in the screenshot examples above, Accent Custom applies it’s tinting effects to an array of different interface elements, including but not limited to:

Once installed, Accent Custom doesn’t add any preference panes to the Settings app like the original tweak did, but rather adds a dedicated app icon to the Home Screen from which users may configure the tweak to their liking: 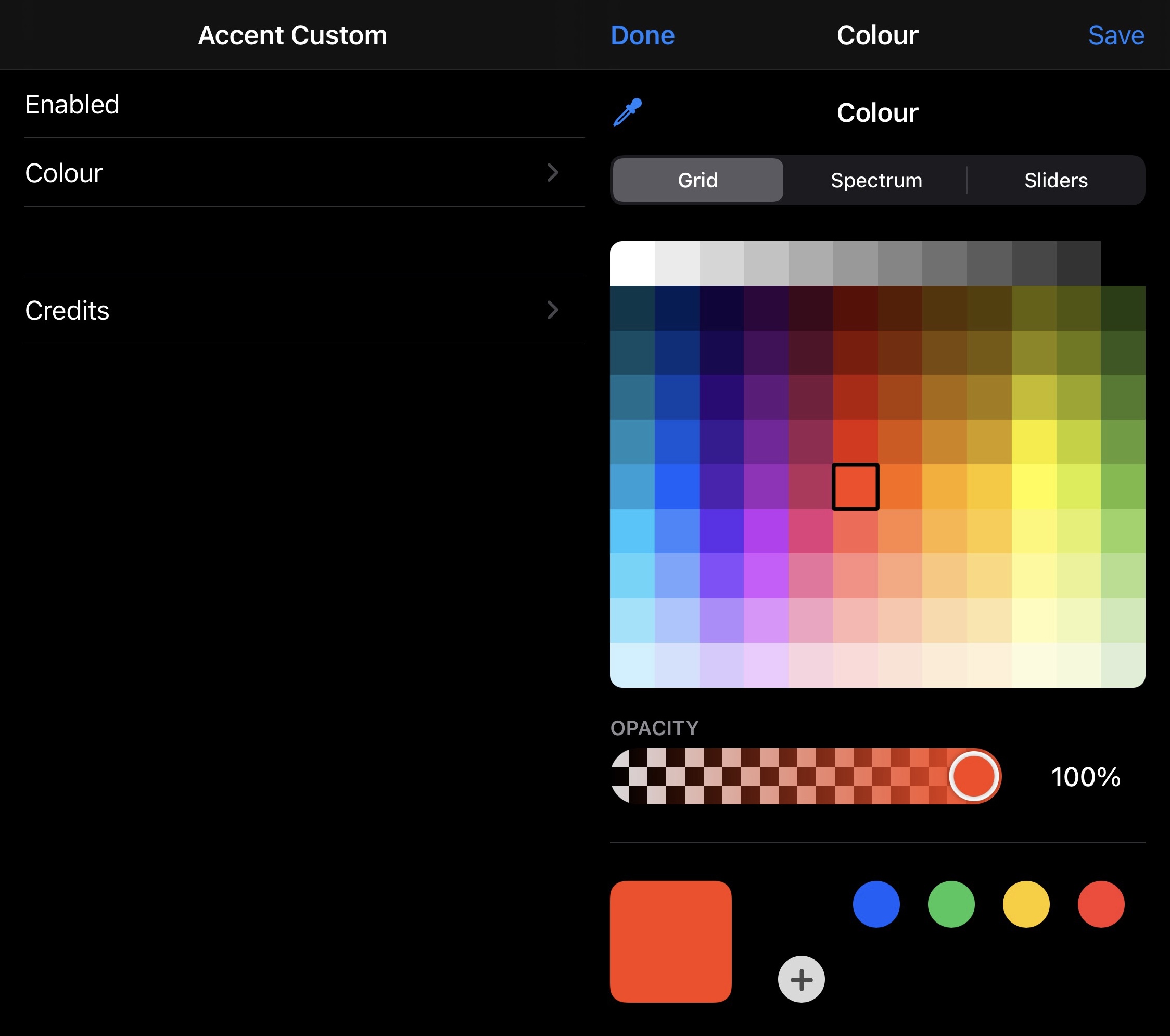 Here, users can toggle the tweak on or off on demand and choose the color they wish to use for interface tinting. Thanks to the use of a color picker as opposed to a pre-defined list of colors, users have a lot more color options to choose from and can get in between those colors provided by the original tweak.

A Respring is recommended after making changes.

If you’re interested in accentuating your handset’s user interface with your preferred colors, then you can download Accent Custom for free from lillieweeb’s personal repository via your preferred package manager app.

If you’re not already using lillieweeb’s personal repository, then you can add it to your package manager app of choice by using the following URL:

Do you plan to colorize your handset with the tinting power of Accent Custom? Be sure to let us know why or why not in the comments section down below.