When watching a video on the YouTube website or the official YouTube mobile app, users have the option to adjust the video’s playback speed to their satisfaction.

If you would like to increase the number of playback speed choices in the YouTube mobile app, then we’re excited to tell you that a new and free jailbreak tweak dubbed YTSpeed by iOS developer Lyvendia makes this possible. 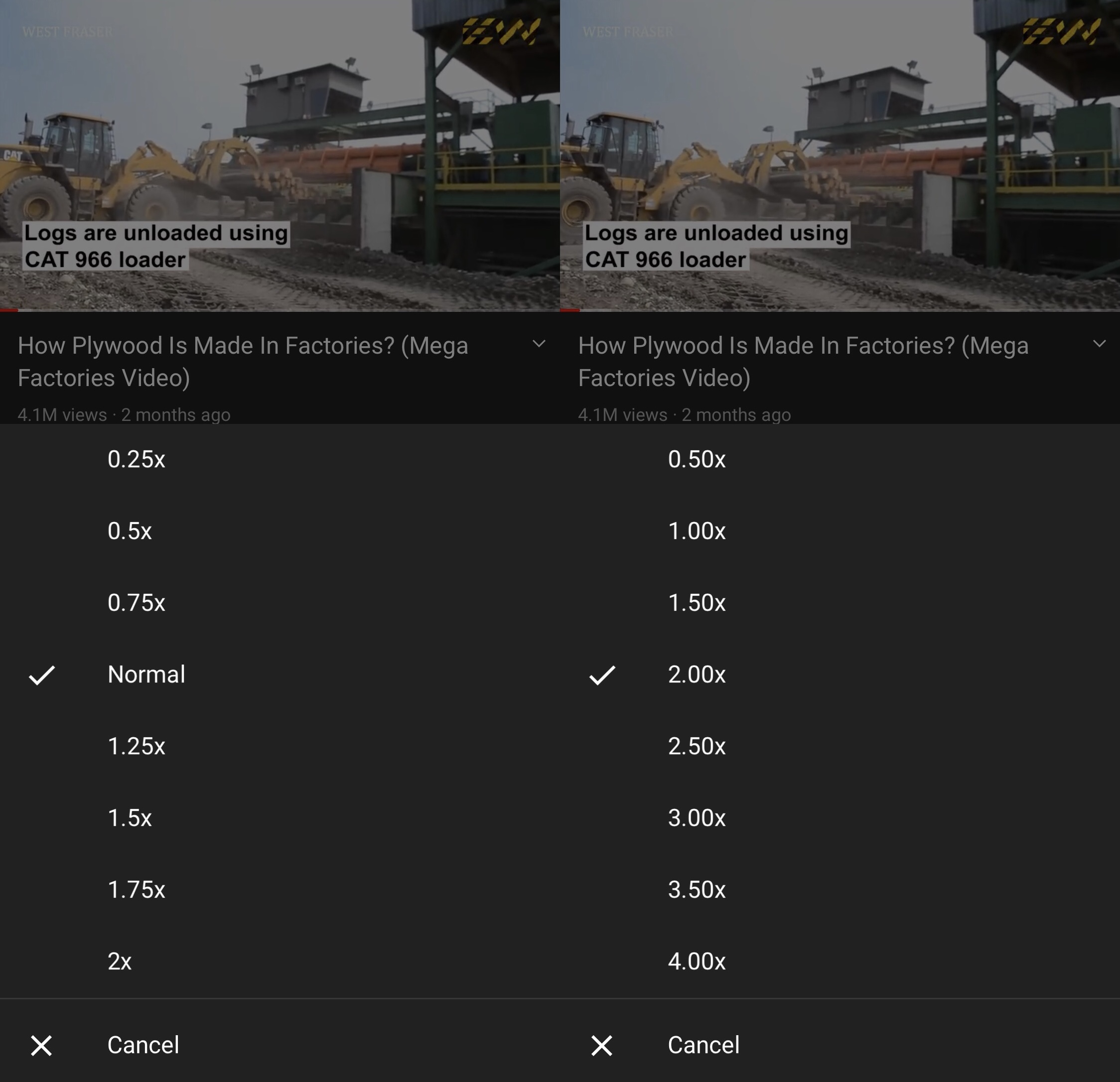 As you’ll see for yourself in the before (left) and after (right) screenshot examples above, YTSpeed changes the playback speed choices from:

You may recall that video playback settings only apply to your current video in a vanilla YouTube mobile app installation. YTSpeed changes this by forcing the app to remember your playback speed selection for all future videos until changed.

Anyone who tinkers with YouTube video playback often may take a liking to the new features offered by the YTSpeed jailbreak tweak. It’s available for free from the BigBoss repository via your favorite package manager app and supports all jailbroken handsets with the official YouTube app installed on them.

Do you plan to augment your video playback options with the new YTSpeed tweak? Let us know why or why not in the comments section down below.