Released just this afternoon, Substitute version 2.1.0 further augments the speed performance and long-term reliability of the package and allows users to have more control with regard to jetsam enforcement.

Citing the change log, which is available in Substitute’s official tweak depiction page, this version of Substitute incorporates the following changes: 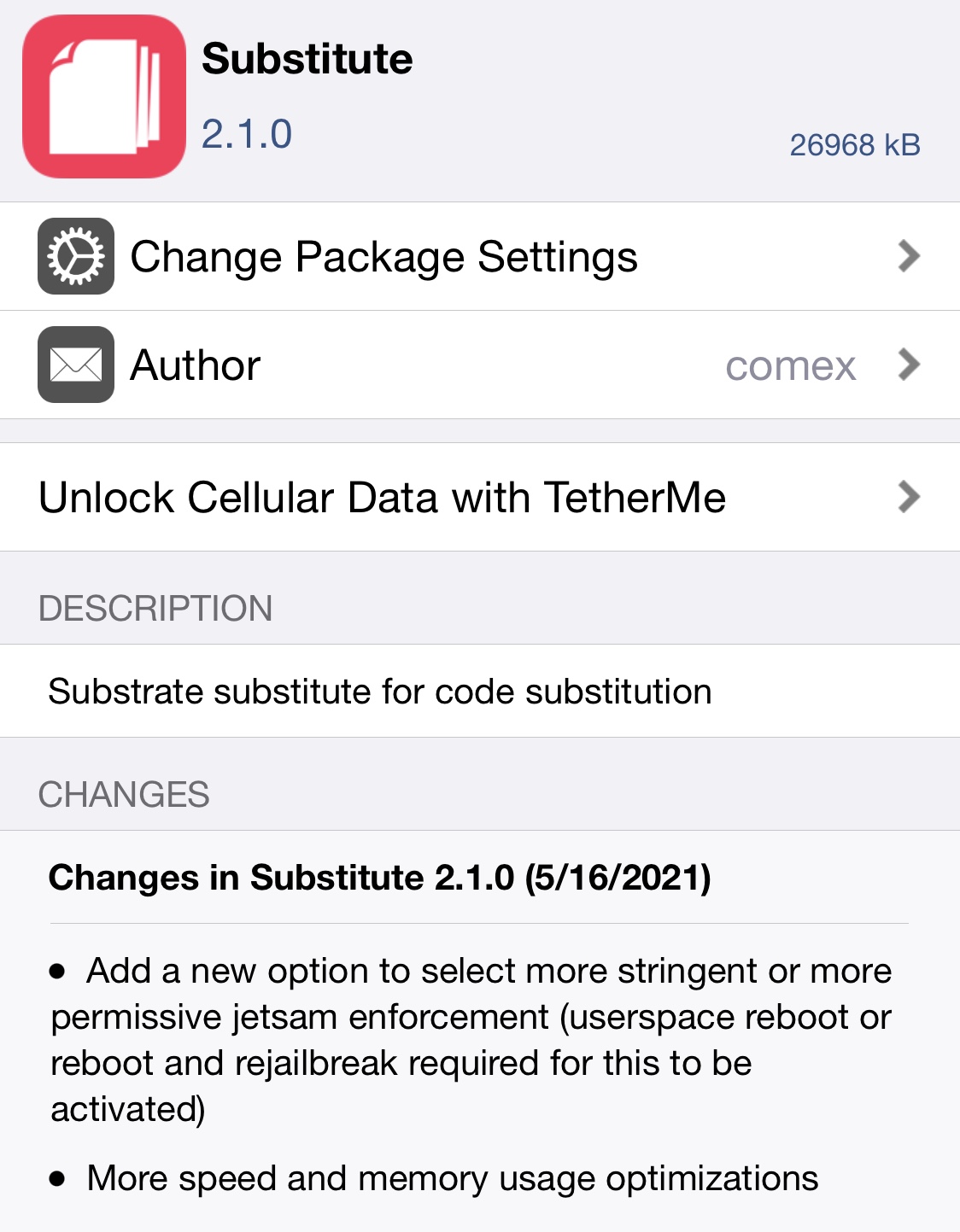 If you’re wondering about that first option, it effectively allows users to have more control over the stability of their device by making Substitute more or less strict with regard to how it enforces jetsam. The option won’t appear immediately after updating Substitute – you will need to either perform a userspace reboot or full reboot and re-jailbreak your device for this option to appear.

As a bonus, the speed and memory usage improvements mean that Substitute version 2.1.0 will be more performant, especially on older handsets with fewer allocatable resources. Worthy of note, the previous updated also added speed and memory improvements, so today’s update simply makes it even better.

Those who are already using Substitute are advised to download and install the latest version of the package at their earliest convenience. It’s available from Sam Bingner’s own repository, which should be available by default on both the checkra1n and unc0ver jailbreaks. Worthy of note, some checkra1n users might be using Cydia Substrate; switching to Substitute is as simple as installing Substitute, as it will outright uninstall Cydia Substrate and take its place.

Have you downloaded and installed the latest version of Substitute yet? Be sure to let us know in the comments section down below.