Anyone who uses their iPhone for frequent media consumption will inevitably interact with the handset’s Now Playing widget under various circumstances. It can be useful for pausing the Now Playing track in a pinch or resuming playback when it has already been paused. Moreover, it makes skipping to the next or returning to the previous one without unlocking your device a breeze.

Despite just how useful the iPhone’s Now Playing widget can be, I still find myself desiring more when I see it. It could be that the widget is merely too plain for my taste; or perhaps that I feel that Apple could’ve done so much better than they did when designing it. If you agree, then a newly released jailbreak tweak dubbed Arkita by iOS developer P2KDev may offer a hint of refuge.

Arkita is an add-on specifically for Apple’s Now Playing widget that allows the end user to customize it in various ways. Whether you want to add a splash of color to an otherwise bland widget, fancy shrinking the widget to take up less space, or demand a larger and more luxurious size, this tweak brings several options and features to the table that will help you achieve the aesthetic you want. 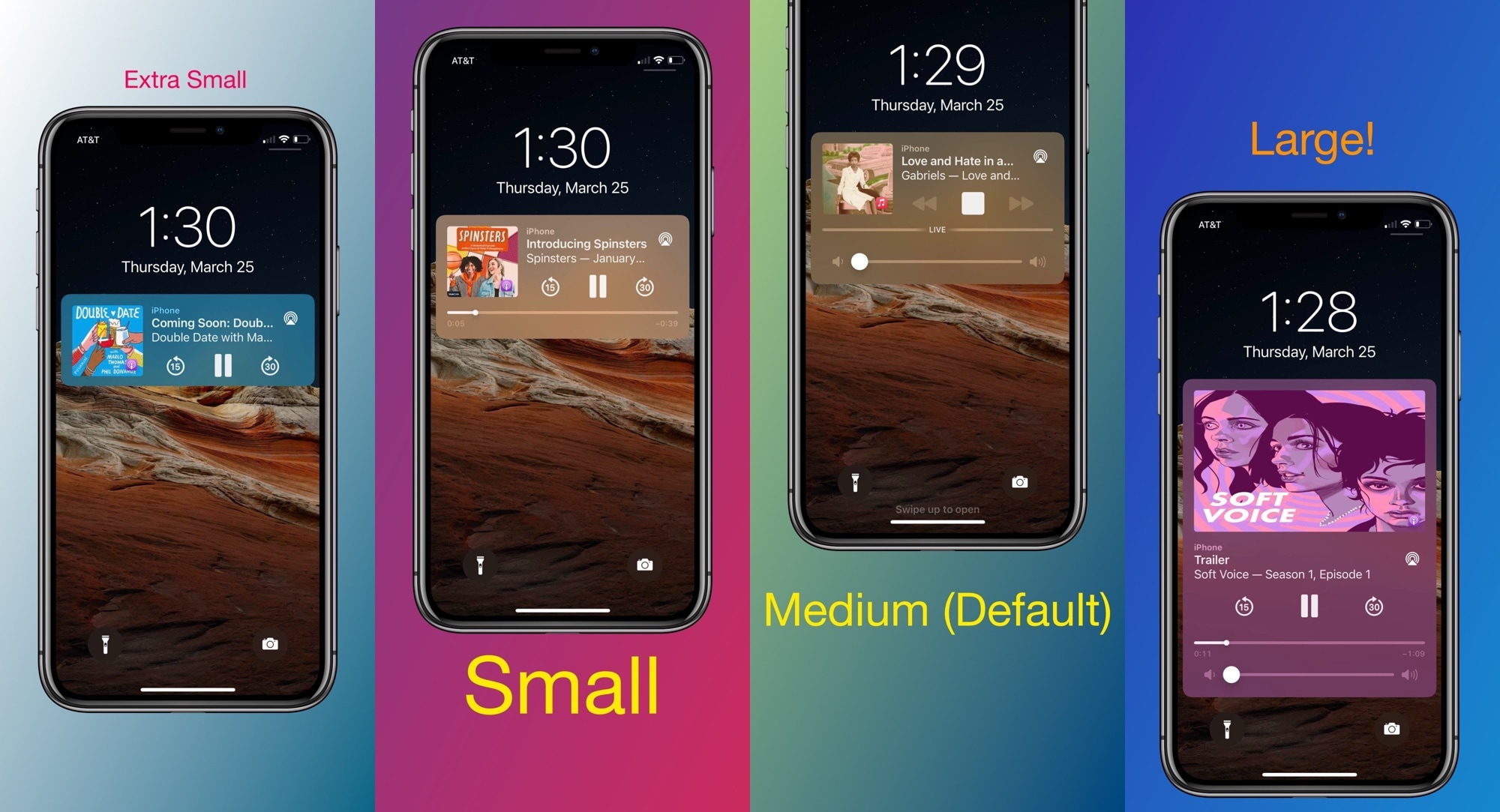 You’ll also notice that in each of the screenshot examples, the widget’s color matches that of the album artwork within. That’s because Arkita incorporates a feature that takes the dominant color from the Now Playing track’s album artwork and applies it to the Now Playing widget for boosted aesthetics.

Once installed, Arkita adds a dedicated preference pane to the Settings app where users can configure the tweak to their liking:

The developer provides a Respring button at the bottom of the preference pane that can be used to save any of the changes you make in this preference pane.

We especially like the different customization options provided by Arkita, and we think that it gives users a lot more choice in defining how their Now Playing widget should look. It’s unlikely that Apple will provide features like this in any of its future software updates, so that’s one perk that jailbreakers will continue to enjoy over stock devices for the time being.

Those interested in trying the new Arkita tweak can purchase it for $1.99 from the Packix repository via their favorite package manager. The tweak supports jailbroken iOS 13 and 14 devices.

Do you have any plans to customize your handset’s Now Playing widget with the new Arkita tweak? Let us know in the comments section down below.