Most iPhone users are familiar with the Now Playing widget. It’s the thing that pops on your Lock Screen whenever you have any type of media playing in the background.

In the before and after screenshot examples below, you can see how the Now Playing widget looks both with and without the tweak installed: 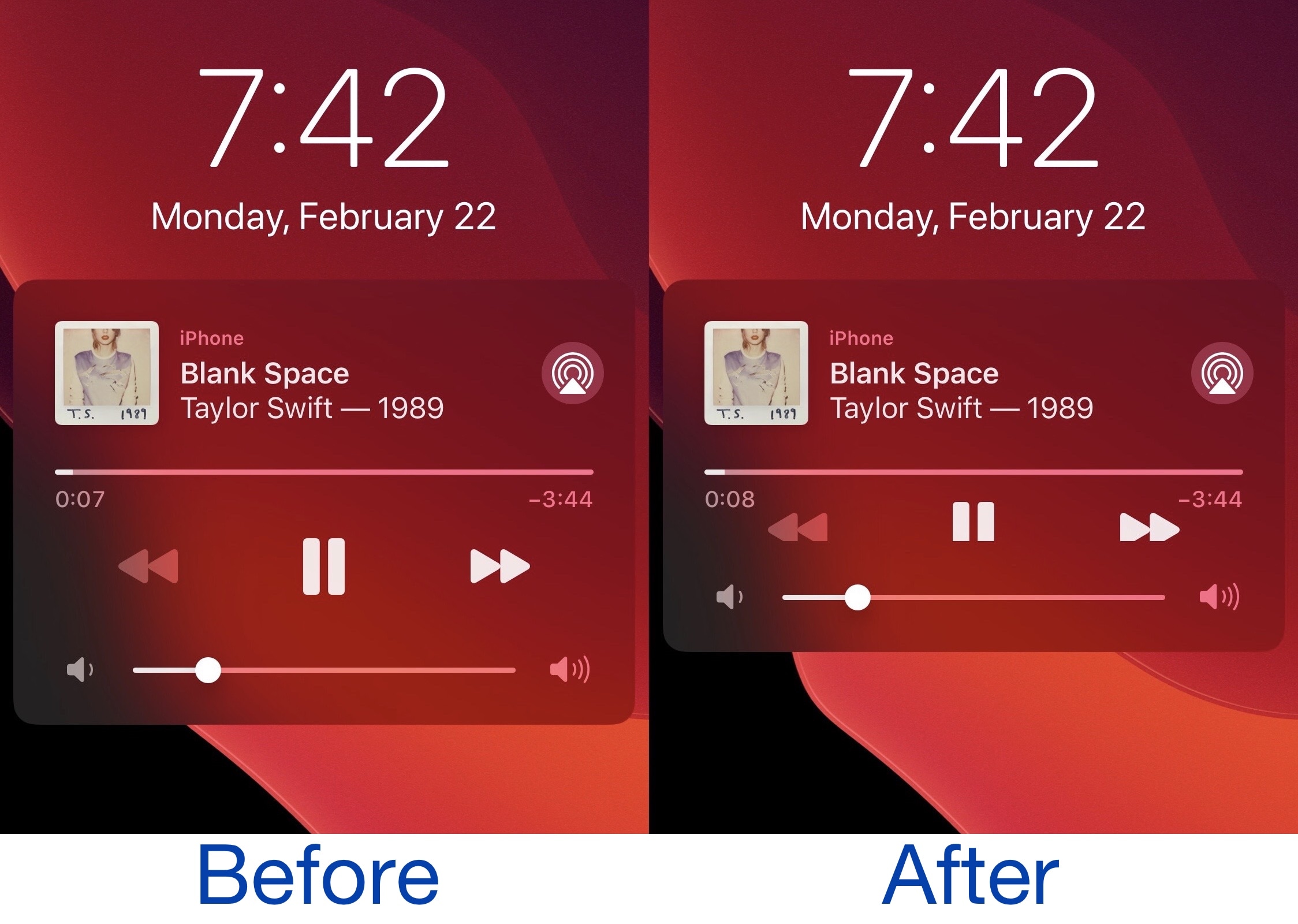 The changes imposed by TinyWidget14 are subtle, however they’re substantial enough to provide users with additional screen real estate for missed notification banners on the Lock Screen, which I think is the biggest perk. Further, the smaller interface doesn’t skimp on controls. Users can do all the same things with the shrunken interface that they could with the full-sized one.

The newfangled real estate efficiency isn’t limited to the Music app either – it works with all music-playing apps including Pandora, Spotify, and the other major music streaming apps. It can also be used with the Podcasts app, or any other app that plays audio in the background; you name it.

TinyWidget14 doesn’t come with any options to configure, so what you see is basically what you get. While it doesn’t seem like much on paper, the day-to-day user experience is definitely the most noticeable aspect.

Those interested in trying TinyWidget14 can download the tweak for free from the Packix repository via their favorite package manager. The tweak supports jailbroken iOS 13 and 14 devices and is open source on the developer’s GitHub page.

Do you feel that the smaller Now Playing widget provided by TinyWidget14 makes a difference in your overall Lock Screen user experience? Share in the comments section below.