The iPhone’s ringer/silent switch is traditionally used for the purposes implied by its rather conspicuous name — it either enables the ringer for incoming notifications or it silences notification sounds on demand.

With the introduction of a newly released and free jailbreak tweak called RingerActions by iOS developer Chr1s, users now have the ability to map alternative actions to the ringer/silent switch’s conditional state.

Once installed, RingerActions adds a dedicated preference pane to the Settings app where users can configure the tweak to their liking: 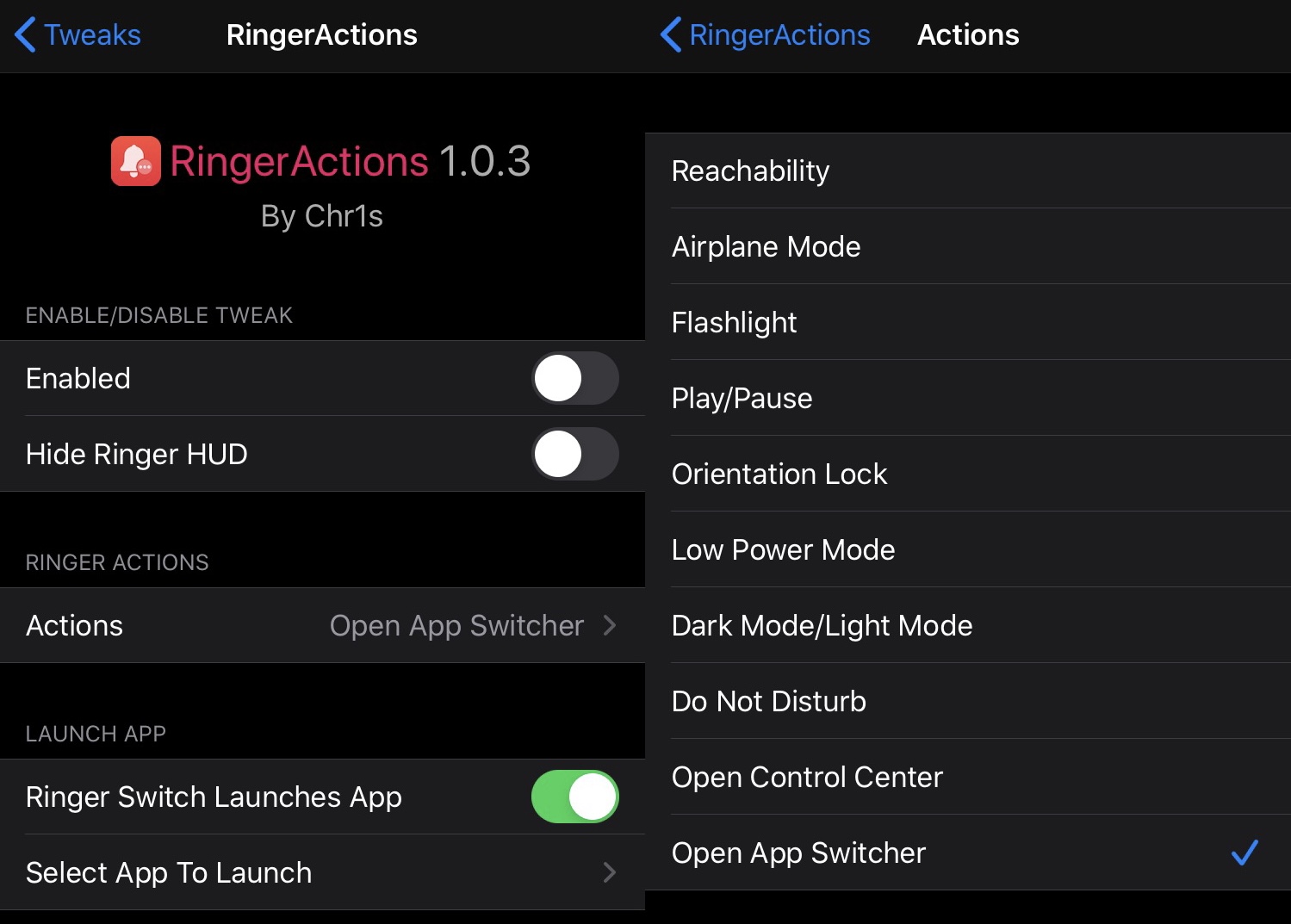 Although the tweak is well-made and the options are extensive for a myriad of potential use cases, it’s worth mentioning that almost all of what RingerActions can do can also be achieved with Ryan Petrich’s tried and true Activator extension.

While most jailbreakers will probably opt to use Activator because of just how much more they can do with it, those who have no use for such a substantial amount of configuration may liken to a simpler tweak like RingerActions.

Those interested in trying RingerActions can download the tweak for free from the Packix repository via their favorite package manager. The tweak supports jailbroken iPhones running iOS 13, but may also work on iOS 14.

Do you have any intention of giving RingerActions a try, or are you already using Activator to achieve similar results? Let us know in the comments section down below.