One of the most obvious benefits to jailbreaking is that you can customize how your system looks and behaves without Apple look over your shoulder and limiting what you can and cannot do.

While installing themes would certainly be one of the easiest ways to make your handset look different than it does out of the box, the addition of aesthetically-driven jailbreak tweaks like the newly released Meredith by iOS developer Luki120 can help push your user experience on to the next level.

In a nutshell, Meredith lets users tint their iOS user interface. The tweak supports a plethora of different apps, whether they’re native, third-party, or the very package managers you use to install your favorite add-one. 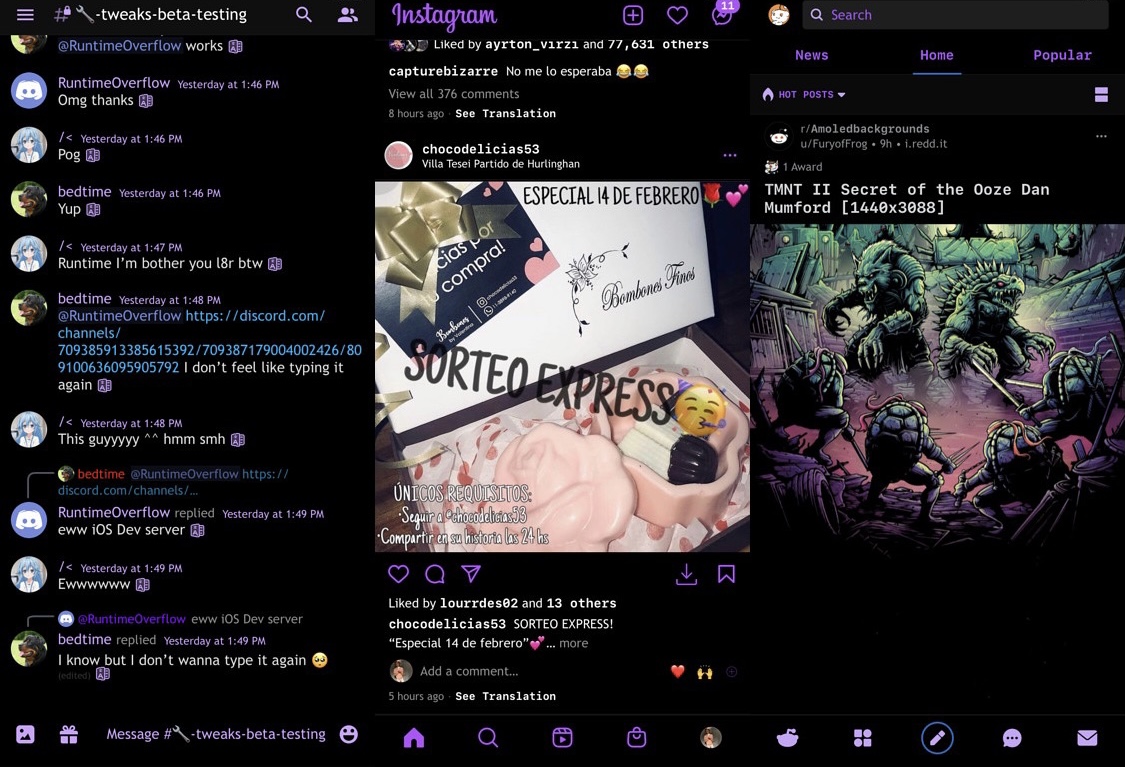 Notice the purple tint spanning all aspects of the apps’ interfaces.

Once installed, Meredith adds a dedicated preference pane to the Settings app where you can configure the tweak to your liking: 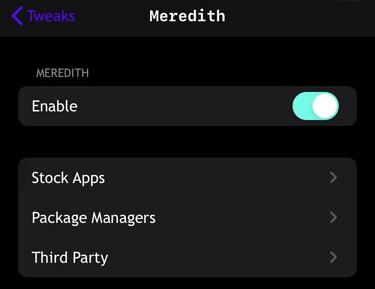 Meredith supports the vast majority of stock apps on your device, however you’ll find that support for third-party apps isn’t quite as expansive. This is because third-party apps often have interfaces that don’t jibe with Apple’s native design aesthetics, and as such, those apps necessitate carefully-crafted code to ensure that the tinting effect looks as you’d come to expect.

Unfortunately for some jailbreakers, Meredith doesn’t appear to support the Sileo package manager that comes pre-installed by default on the Odyssey jailbreak, but it does support Cydia, Installer, and Zebra on all jailbreaks that support them. This could change in the future.

Jailbreakers who are into any form of interface tinting will find that Meredith is particularly easy to use, and that it can drastically change the look and feel of your device to give your apps more personality. Whether you prefer red or purple over Apple’s native blue app tinting, or you simply want something different to look at, Meredith promises a unique user interface experience, especially when combined with your favorite theme.

Those interested in trying Meredith can purchase the tweak from the Twickd repository for just $0.74, however please note that this is only a sale price and is subject to change eight weeks from today. Meredith supports jailbroken iOS 13 and 14 devices, but may also support older versions despite not being tested on them.

Will you be colorizing your pwned iPhone’s user interface with Meredith? Let us know in the comments section down below.