Apple’s chief executive gave former US President Donald Trump a 2019 Mac Pro as a gift, Trump’s executive disclosure shows. The unit was assembled in the United States, but the gift came without a set of optional wheels and Apple’s Pro Display XDR, sold separately.

According to Trump’s financial disclosures published today, as reported on Twitter by David Enrich from the New York Times, Cook’s gift is listed in the document as a “Mac Pro Computer, the first created at the Flex Factory in Austin, Texas.” It carries a value of $5,999.

It’s unclear whether the wording refers to the very first Mac Pro to be assembled in the country. If so, the statement is not true because the Austin facility has actually been assembling Mac Pros since 2013. The gift appears to exclude the $400 Mac Pro wheels, however. 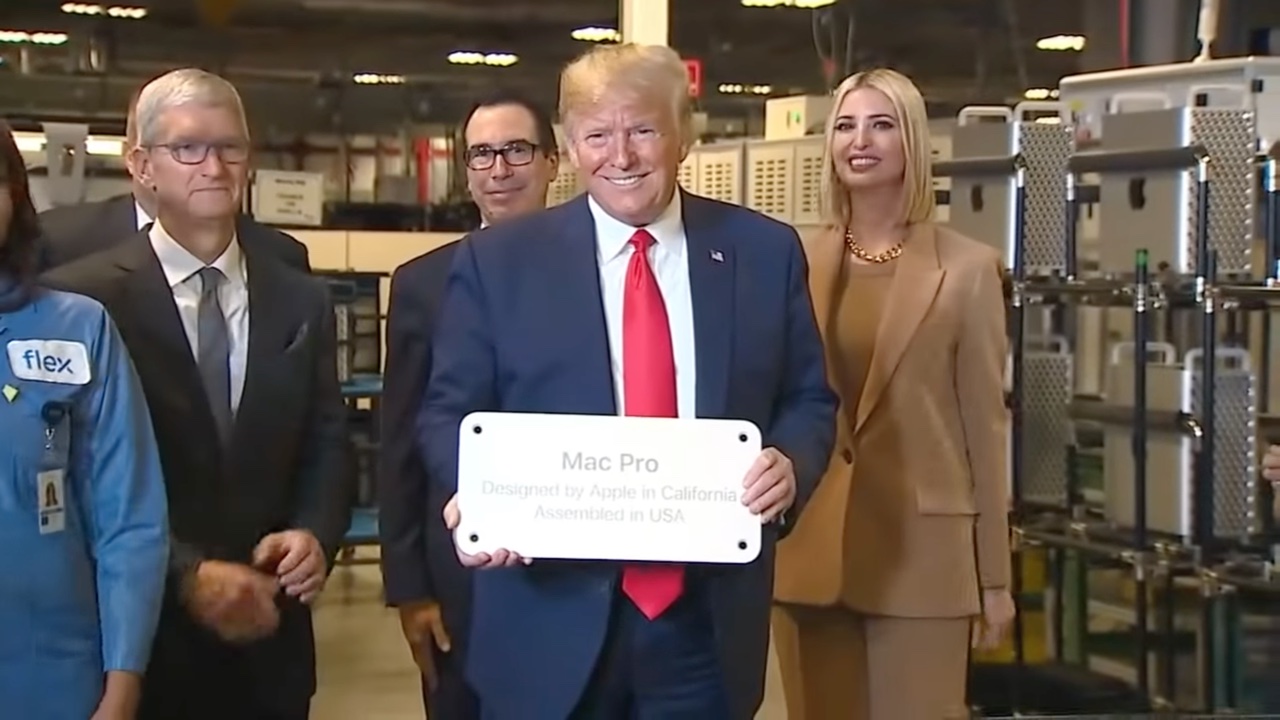 The Verge reports that the gifted computer was offered by Cook himself.

Back in 2019, Cook famously invited Trump, along with his daughter Ivanka Trump and Treasury Secretary Steve Mnuchin, to the Austin factory where Mac Pros are being assembled. The event that was supposed to celebrate the fact that final assembly work on the machine is being performed in the US, but Trump turned it into a photo op. Cook may not have appreciated this, as evidenced by the photo above that was taken during the press tour.

Cook was quoted as saying the following at the event:

I’d like to thank everybody for coming and joining us. I’d particularly like to thank President Trump, Secretary Mnuchin and Ivanka and the other members of the administration. I’m grateful for their support in pulling today off and getting us this far. It would not be possible without them. What you’re seeing here, the Mac Pro, is 15,000 times more powerful than the original Mac and it can perform 56 trillion tasks per second. It’s absolutely blow away. We could not be more proud of the product. It’s an example of American design, American manufacturing and American engineering.

The press was unimpressed, however, with The Verge saying that Apple basically allowed Trump to lie about bringing an Apple factory to the United States.

Check out the gifts that people –– including the CEOs of @Boeing, @Ford and @Apple –– gave Trump. (from his final financial disclosure report, released today) https://t.co/nJYwiIxvAB pic.twitter.com/WiZP5HZ3EJ

To be clear, all those years the Austin facility has been tasked with final assembly work on the Mac Pro units that are actually sold in the US. Many other Apple products, including iPhones and the Mac Pro units sold in other countries, continue to be assembled in Chinese factories.