When I started looking at smart video doorbells for my new home, one specific feature I was looking for was HomeKit support, but as it turned out at the time (merely 3 months ago), there was none. So like everybody else, I settled for a Ring doorbell, which has worked reliably for me. Installation was simple. Set up was a breeze, and daily use was just as frictionless as you would expect from a doorbell.

But then Logitech introduced the Circle View Doorbell in December of 2020, the first device of its kind to support HomeKit, thus playing nice with all the Apple devices in my house and pocket.

So I reached out to the folks at Logitech who sent me a Circle View Doorbell after giving me a short briefing on the product. In this review, I’ll share my impressions of this smart video doorbell. But a bit of warning: this review will be heavily tinted by my experience with Ring, which I see as the standard in the category, or the device to beat, if you will. 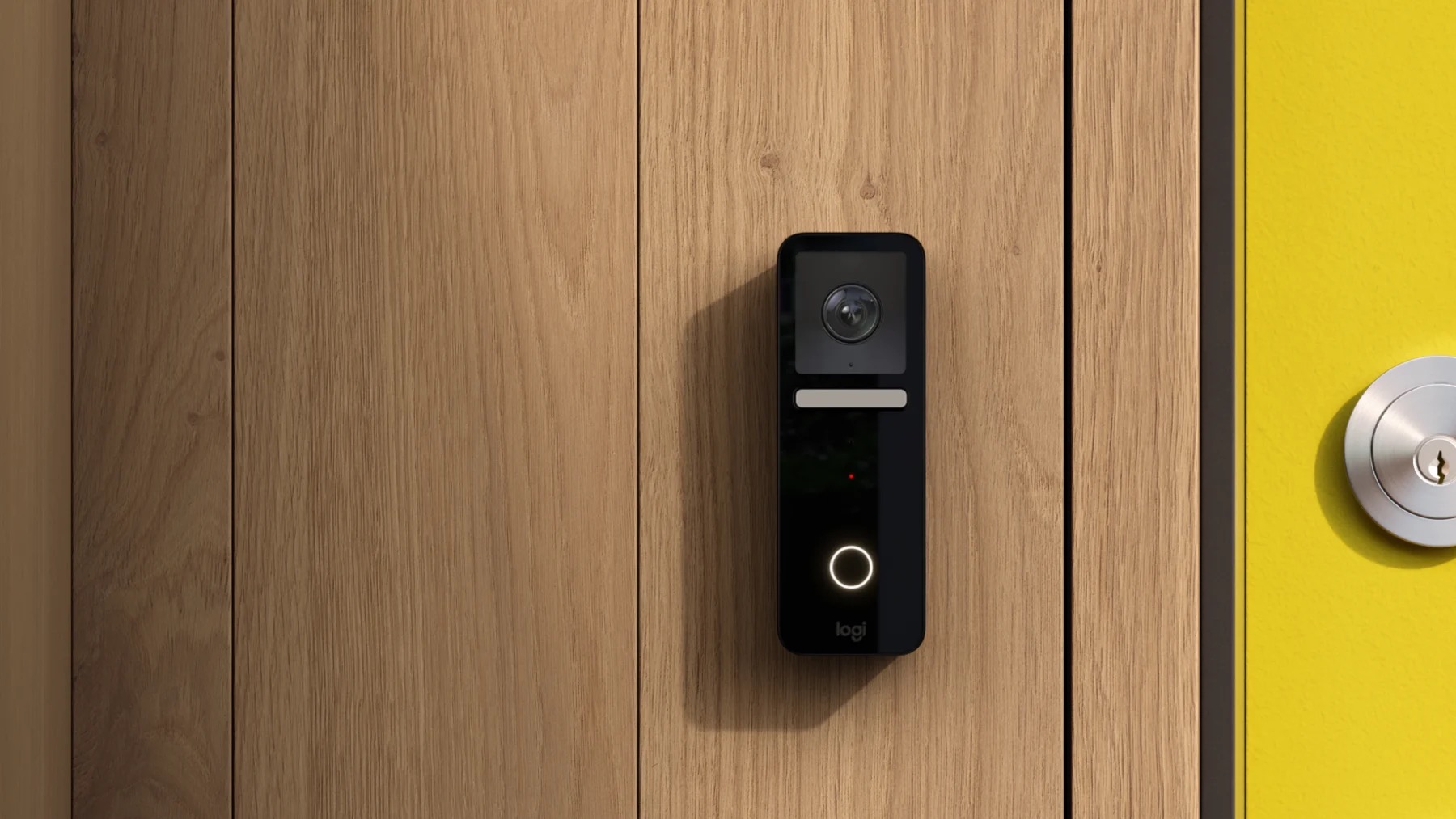 Installation was a bit more tedious than the Ring. Where I just had to connect a couple wires to the Ring doorbell, The Circle View required a bit more work. Specifically, the installation of a chime kit on your physical chime added work to an otherwise simple installation.

And because the Circle View needed more power than the Ring, I also had to change the doorbell transformer in my house. This is not necessarily hard to do, but it adds friction to the experience. It also adds cost!

Logitech has a great website walking you through the installation process, but the fact that it needs a website to begin with tells you a lot about it. In contrast, installing and setting up my Ring was done in minutes by following 3-step instructions from a pamphlet that was in the box.

Once installed, the set up was painless. It is done entirely in the Home app and takes just a few seconds.

In order to take full advantage of the HomeKit support, specifically the video recordings, you will need to be on the 200GB/month iCloud plan or above. If you are below this, you will still be able to use the doorbell, but features like video recording will not work. You will be able to stream, but not record. This is not unlike Ring which requires a $3/month plan to offer similar features. It’s important to note that although you need a 200GB iCloud plan, videos stored in iCloud don’t count against your plan.

The look and feel of the Logitech Circle View Doorbell is absolutely top notch. It is simple, elegant and has a great feel to it, something I cannot say about the Ring which always looked and felt cheap to me.

I’d argue that the hardware itself is actually the best thing about the Circle View Doorbell. 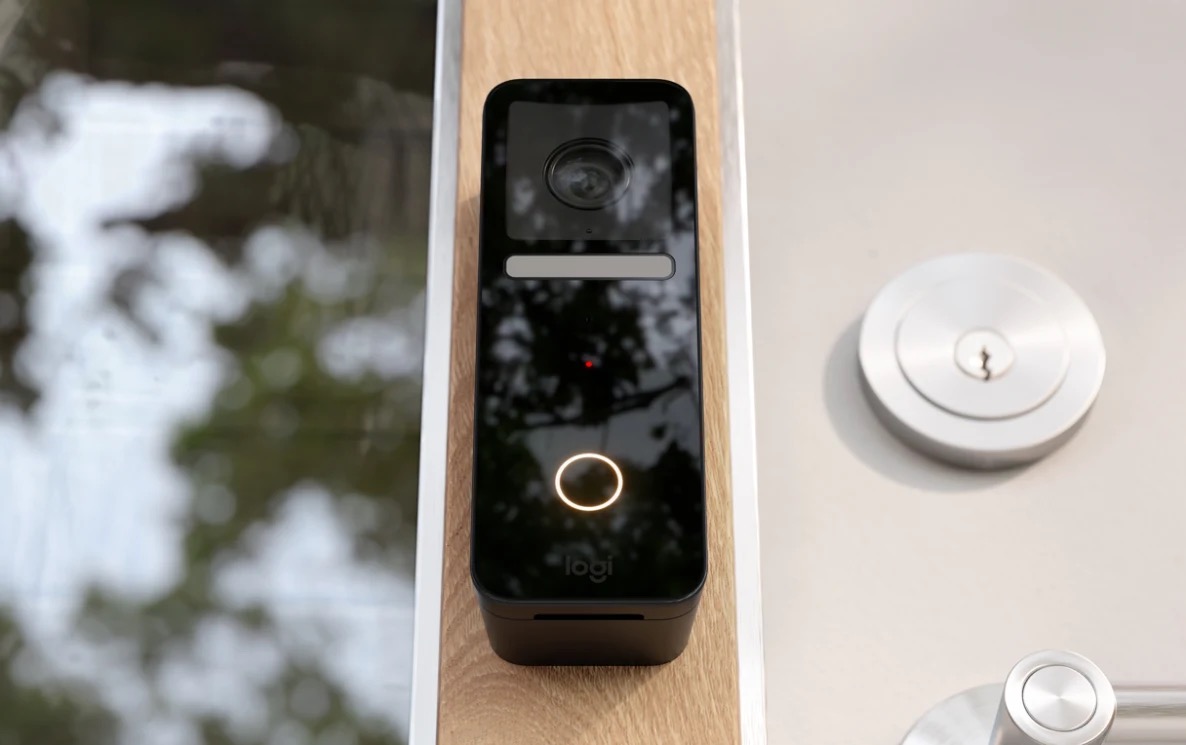 A lit up circle indicates your visitors where to press but the entire bottom half of the device can actually be pressed to ring the bell. At night, you have the option of enabling a night light which shines a surprisingly large amount of light to your doorstep. This can be turned off and on in the Home app.

All in all, this is a beautiful piece of hardware. Unlike the Ring which I find quite repulsive to look at, this one has a simple and modern design in a small footprint.

But HomeKit ruins it all

If the Logitech Circle View Doorbell shines with its hardware, it quickly falls behind Ring in the software department, and this is no way Logitech’s fault. By choosing to make a HomeKit-enabled doorbell, they had to rely entirely on what Apple’s Home app can offer to handle all the smarts.

There aren’t many things that you ask from a video doorbell. You want it to stream/record videos of activity happening at your doorstep, and you want to be notified about those activities. While the streaming/recording of activity has been flawless, my main gripe is with how HomeKit doesn’t allow for much customizations of notifications. 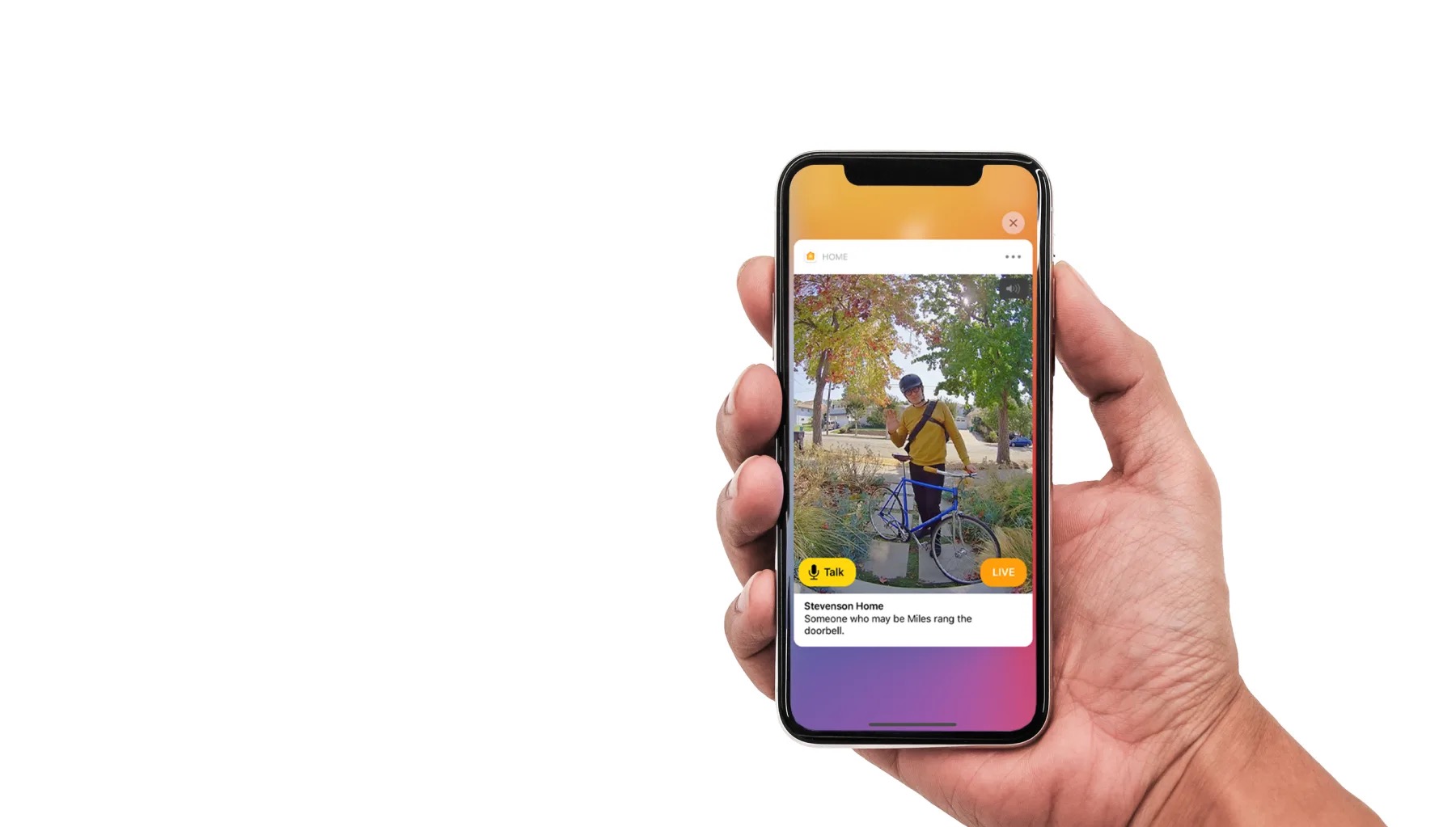 This quickly became apparent when I started being inundated by motion notifications. That was because my kids were playing by the font door. My phone was literally notifying me every few seconds that there was activity at the door. No big deal, I thought. Ring allows you to snooze/silence these notifications for a set amount of time right from the notification itself, so surely HomeKit has a similar feature. Wrong! Your only option is to set a schedule or to disable motion notifications entirely. While I didn’t want to, I chose to disable notifications altogether for motion activity detection. A huge bummer if you ask me, because this is one of the best features of smart video doorbells.

Worse than not being able to tweak my notification settings, I would often get notifications several seconds after activity was detected or after someone ran the doorbell. In one instance, the delivery guy rang the doorbell while I wasn’t home. By the time I received the notification and opened it to talk to him, the guy was already gone. This happened a few times, enough to infuriate me. I was told by the fine folks at Logitech that I should try to restart my hub (the Apple TV or HomePod used as the central brain for it all) or the doorbell itself. It didn’t change anything.

The straw that broke the camel back was when I stopped received notifications altogether!

This actually happened yesterday as I was starting to type this article and realized I hadn’t received a notification in days, which is impossible since I knew my son had rang the doorbell so he could talk to me while I was at my office (I know, weird, but it’s a quick way for him to plead to me when his mom says he cannot watch TV).

So I ran a few tests, disabled and re-enabled notifications, but still nothing. Eventually I got the motion activity notifications to come back but no notification for when someone would ring the doorbell. After rebooting to the doorbell, these doorbell notifications came back temporarily, but 10 minutes later, they were gone once again.

That was enough for me. I grabbed a screwdriver, removed the beautiful Logitech Circle View Doorbell, and reinstalled the ugly Ring. And believe me, I cursed through it all!

I put all the blame on HomeKit

In case I wasn’t clear before, all these downsides have absolutely nothing to do with the Circle View Doorbell. The device itself is absolutely flawless but it’s held back by HomeKit itself, and there is apparently nothing Logitech can do about it.

Notifications are the one feature that a video doorbell must get right. Not only HomeKit didn’t get it right to begin with, but it also made it unreliable, begging me to wonder: what’s the point of using this if I can’t rely on it?

I don’t expect any progress to be made until iOS 15, because like most of Apple products and services, it all happens on an annual cycle, with little to no improvements in between.

Until then, I will be using Ring.

Pros and cons of using a HomeKit doorbell

If you live in an Apple household like I do, these are really appealing features.

The Logitech Circle View Doorbell is available from Logitech’s website, and starts at $199. You can get it professionally installed for an additional $100.