Jailbreakers may recall earlier this month when we showed you a new jailbreak tweak dubbed AnimeMyBadges by iOS developer Antony M that provided a rather interesting breathing animation for your Home Screen’s notification badges. It was simple, short, and sweet, but if you were looking for a different notification badge animation, then you would have found yourself out of luck.

That changed this week with the release of AnimeMyBadges Pro, a paid upgrade from the aforementioned free release that offers nearly a dozen different badge animation styles to choose from.

At first glance, it appears that AnimeMyBadges Pro doesn’t include the breathing animation that was originally offered by the free AnimeMyBadges tweak, but it does offer the following extended list of animations instead:

Examples of some of these animations are depicted in the animated GIF images below:

Once installed, AnimeMyBadges Pro also adds a dedicated preference pane to the Settings app where users may configure the tweak to their liking: 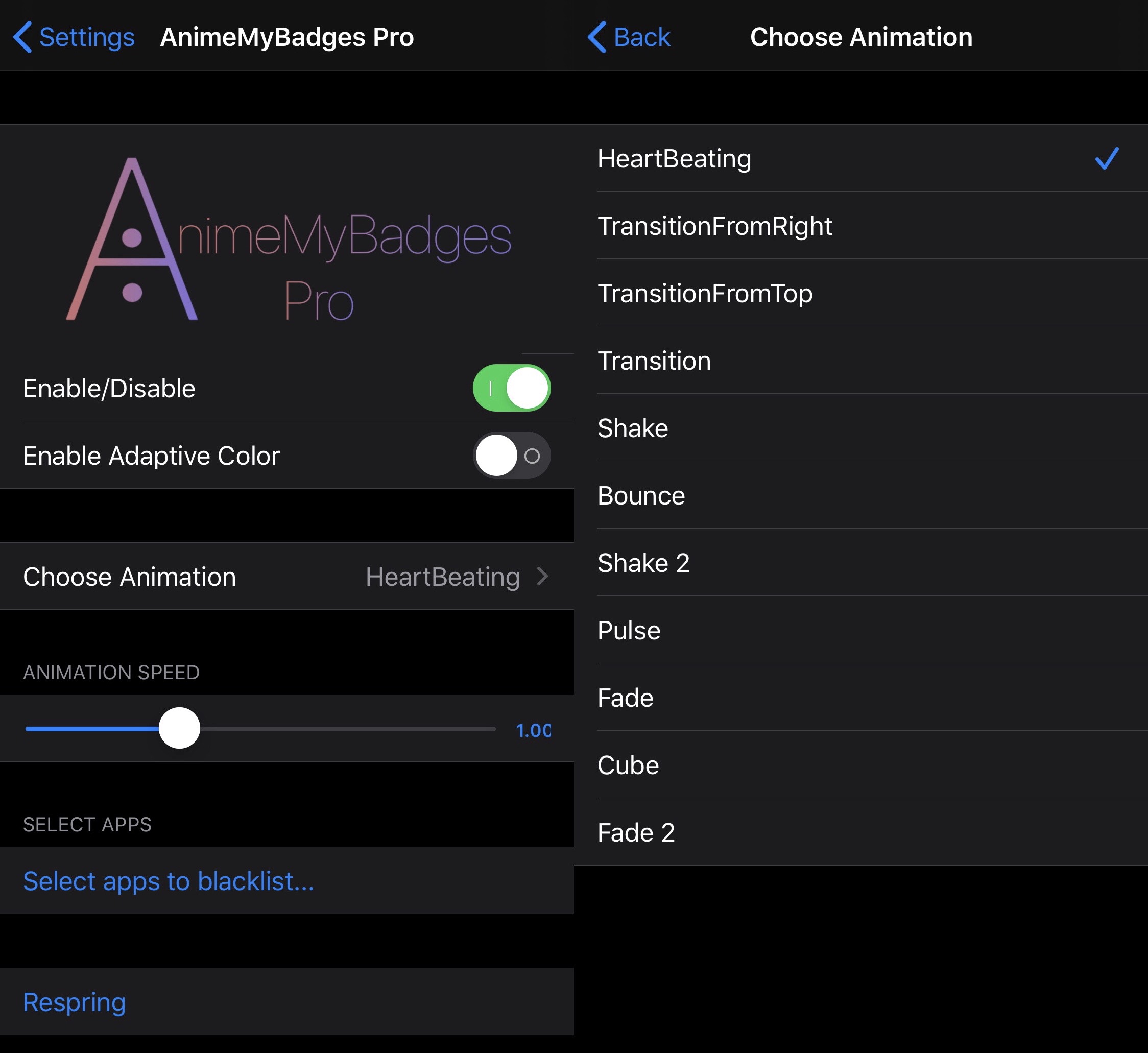 Those interested in trying AnimeMyBadges Pro for themselves can purchase the tweak for $1.99 from the Packix repository via their favorite package manager. The tweak supports jailbroken iOS 13 and 14 devices.

Have you tried any of the new notification badge animations offered by AnimeMyBadges Pro yet? If so, what one was your favorite? Let us know down in the comments section below.