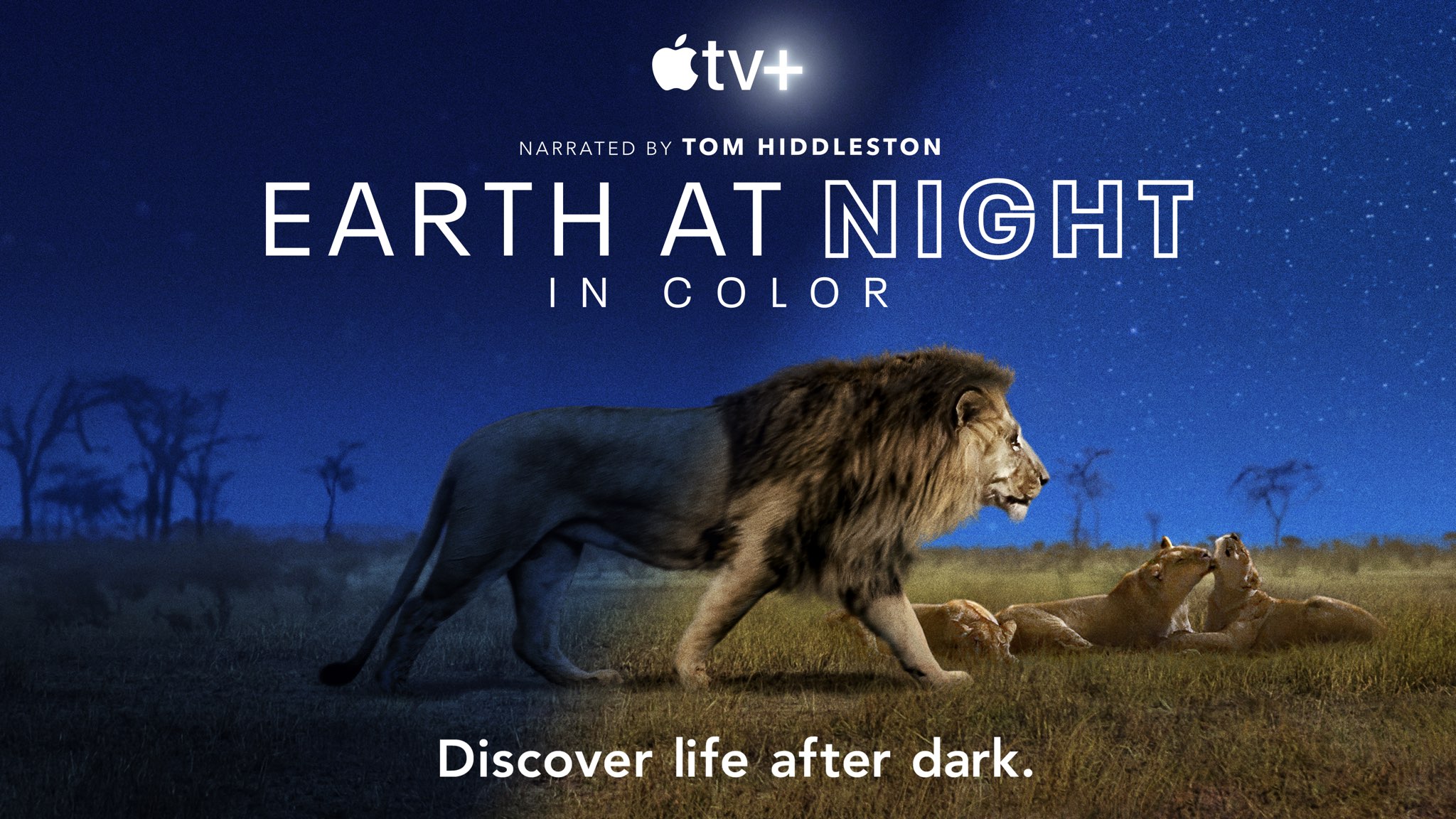 “Earth at Night in Color,” a new documentary series about animals and what they do at night, is now available on the Apple TV+ video service.

Narrated by Tod Hiddleston, the English actor who played Loki in the “Avengers” movies, the docuseries was filmed across six continents. Producers used cutting-edge camera technology to capture animals’ nocturnal lives, revealing new behaviors filmed in full color like never before, according to the iPhone maker. The series is produced by Offspring Films, which specializes in nature documentaries, and Sam Hodgson.

It was executive produced by Alex Williamson and Isla Robertson.

Announced back in August, it’s described as a landmark natural history series that takes advantage of groundbreaking camera technology. This pioneering six-episode series was filmed across six continents, from the Arctic Circle to the African grasslands, and “follows the moonlit dramas of animals at night, revealing new insights and never-before-seen behaviors”.

‘Earth at Night in Color’ benefits greatly from the focus it puts on specific animals in each episode. The first installment focuses on a lioness and her family of cubs, and even includes a fearful moment when a couple of the cubs go missing, not only from the filmmakers, but from the mother herself. The second focuses on tarsiers, in southeast Asia, a series not often glimpsed in this type of project.

In the third, the production visits jaguars in Africa and even captures an animal attack in progress. The later episodes visit bears, birds and cheetahs, and that fourth episode is a highlight, featuring a specific species of bears in a remote Arctic area where it’s night for months at a time.

Stream “Earth at Night in Color” on Apple TV+.