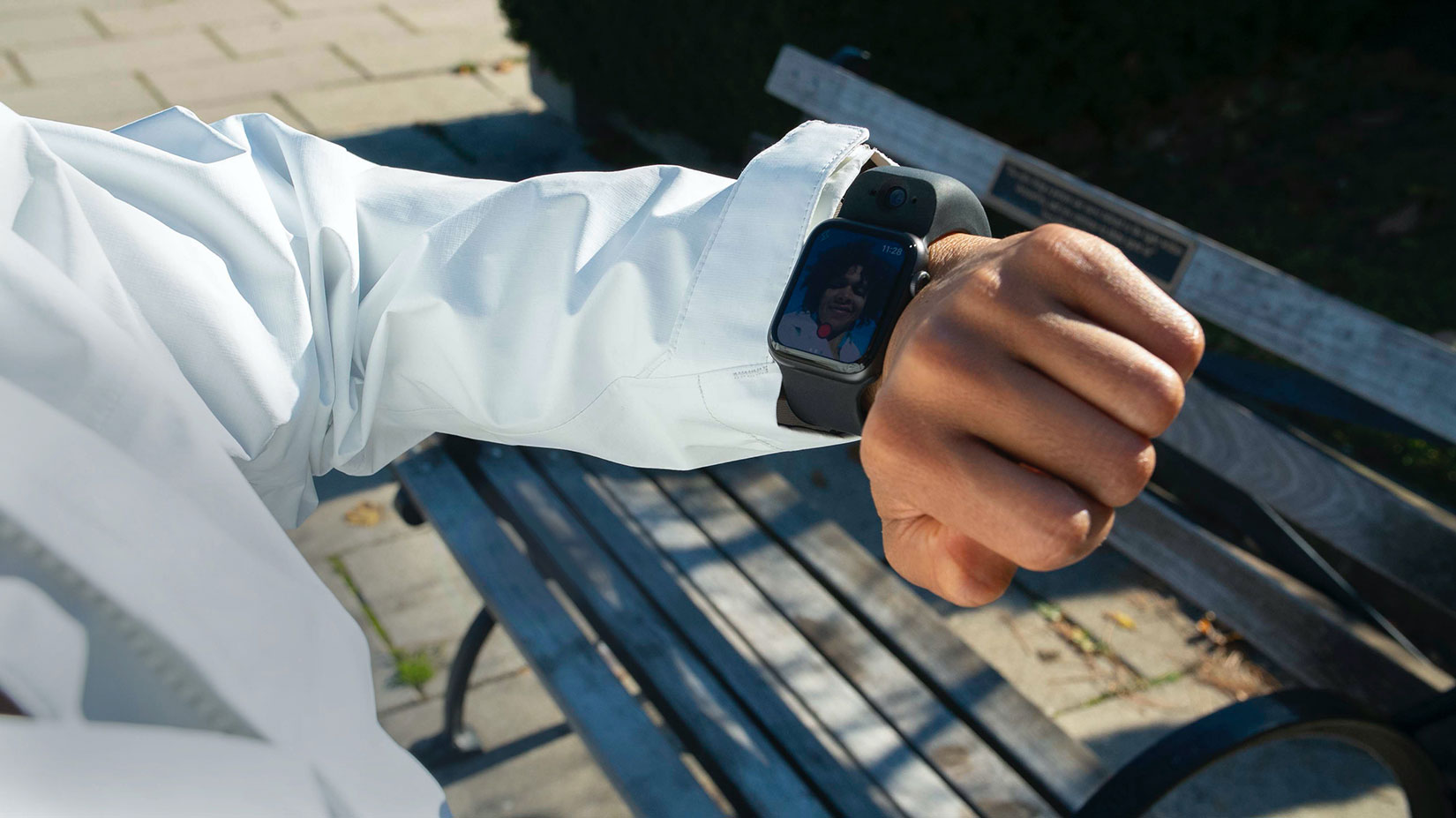 One of the dreams of a smartwatch back in the day was a built-in camera. That really hasn’t caught on just yet, but for anyone who wants to live that dream the wait is over. Almost.

You’ll need an Apple Watch and a watchband accessory called the Wristcam to make it happen (via AppleInsider). According to the company’s landing page for the Wristcam, orders will start shipping sometime in March of next year, so there’s still a bit of a wait. But at least the accessory exists at all for those who might be interested in it, right?

As far as what the Wristcam features, there’s actually quite a bit. It only weighs 23 grams, which means it shouldn’t overburden your wrist even with daily usage. It’s packed with two Sony cameras: an 8MP world-facing camera and a 2MP self-facing camera. It can take a photo at a resolution of 3840×2160, and can capture video at 1080p HD.

The Wristcam is outfitted with 8GB of built-in storage, so it can store your photos and videos without having to offload them to the iPhone. That means it can hold up to one hour of 1080p HD video and up to 2,000 photos. It supports Bluetooth 5.0 and Wi-Fi (2.4 + 5GHz). It also supports streaming video, too, for real-time video chats.

The Wristcam is also water resistant up to 1 meter for up to 30 minutes, and it features magnetic charging.

Owners will be able to record video messages, too, which they can send to other people. And the company has an app for both the iPhone and the Apple Watch to make the iPhone a viewfinder when using the camera(s) on the Wristcam. However, with the Wristcam connecting to the Apple Watch directly, it can be used without an iPhone, too.

Perhaps the best part? This product has been in development since 2016, but the company continued to refine the design and work with Apple to get an official “Made for Apple Watch” stamp of approval. The Wristcam supports Apple Watch Series 4 and newer models.

Wristcam will reportedly feature an “all-day battery”, and the bands are interchangeable. At the time of publication, the Wristcam comes in a few different colors: Noir, Blanc, Gray, and Rosé. Meanwhile, there are standalone straps also available, which come in Twilight, Grape Crush, and Henna.

The Wristcam comes with the core cameras, a single small band, a single large band, a power adapter, and a charging cable in the box. You get all that for $299. A standalone strap (which does not come with cameras) will set you back $49.

You can order a Wristcam right now. Do you think you will?