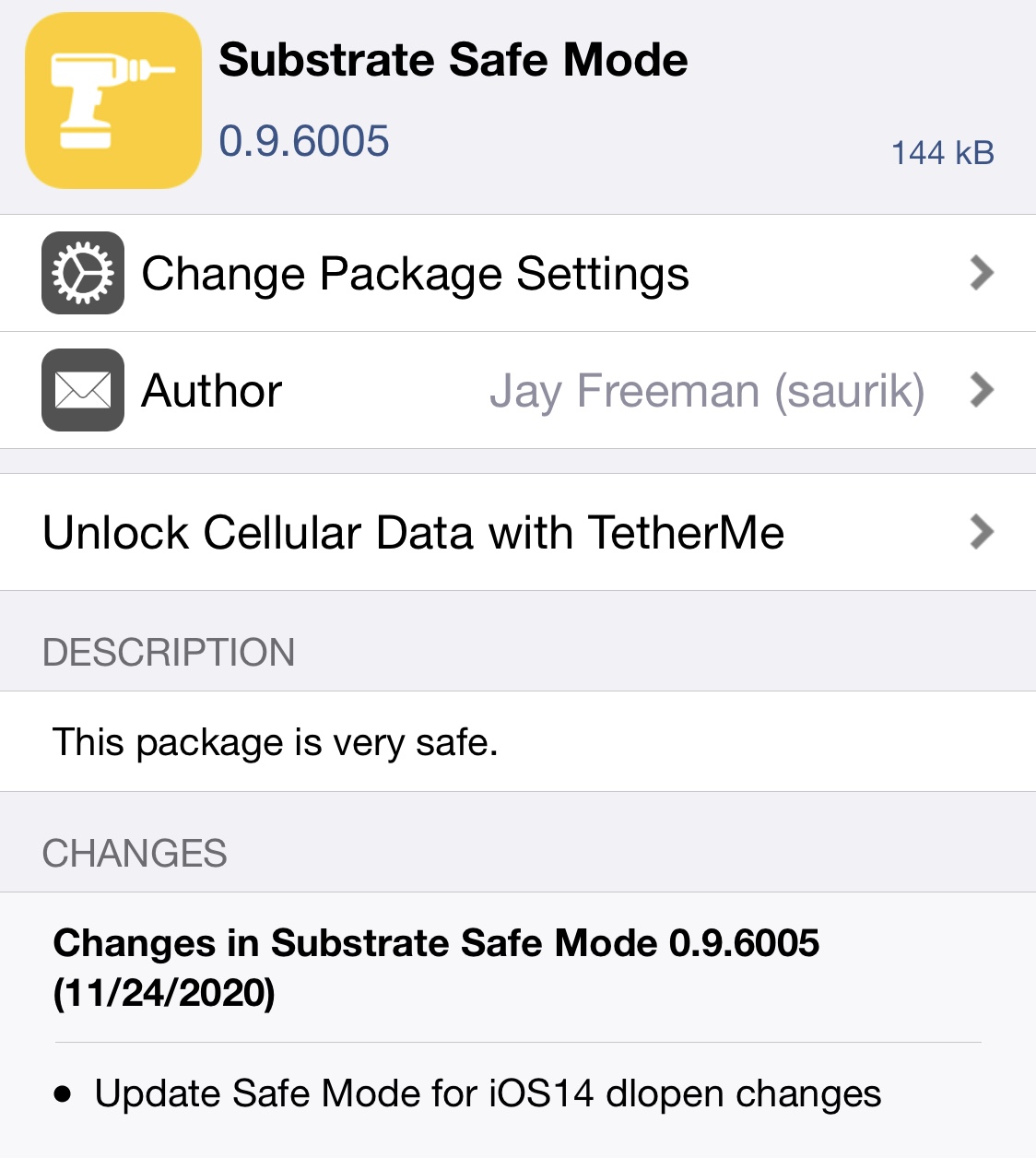 If your jailbreak depends on Cydia Substrate for tweak injection, then now would be a good time to launch your preferred package manager and refresh your sources. This is especially the case if you’re enjoying the perks of a pwned version of iOS or iPadOS 14 by way of the resilient checkra1n jailbreak.

Upon doing so, those jailbreakers should find an updated release of Substrate Safe Mode ready to be installed, subtly dubbed version 0.9.6005.

Citing the release notes published under this updated version of Substrate Safe Mode, it appears to add official support for Safe Mode on iOS & iPadOS 14 devices. This update will be particularly important for checkra1n users on iOS or iPadOS 14 because it should offer a safer solution for instances where an incompatible jailbreak tweak is installed on the host device.

Before today’s Substrate Safe Mode update, checkra1n users on iOS or iPadOS 14 would have reported system crashes and other unwanted behavior after installing an incompatible tweak. Now, those same users can expect the traditional Safe Mode experience, which makes it easier to uninstall the offending tweak and respring to a stable state.

Anyone who hasn’t already updated to the latest version of Substrate Safe Mode will find it in Sam Bingner’s repository upon refreshing their handset’s sources. While this update is primarily intended for iOS & iPadOS 14 users, it’s still an updated version of a critical package and recommended for all users nevertheless.

Have you downloaded and installed the latest version of Substrate Safe Mode? Let us know down in the comments section below.