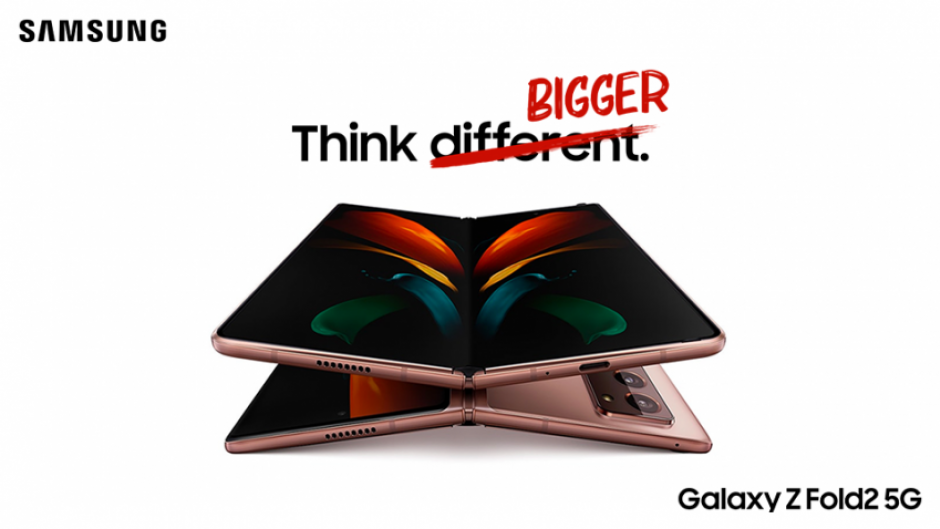 Back to its old tricks in a bid to convince people to use its foldable smartphone, Samsung is once again taking potshots at Apple with the latest ad campaign. First its social media department had fun mocking Tim Cook & Co. over the removal of a power adapter from the iPhone boxes (you can bet they’ll do precisely the same thing with the upcoming Galaxy S21), and now the South Korean conglomerate is messing with an important element of Steve Jobs’ legacy with its city light advertisements for the Galaxy Fold Z foldable smartphone with 5G.

I just found this through The Loop’s ever-resourceful Dave Mark.

And this one, too.

How can anyone take this company seriously when their advertising is so focused on Apple? And why does Samsung’s leadership feel obliged to reference Apple with everything they do? You would think the company of their size and influence would be wiser than resort to such petulant behavior, especially after successfully validating big-screened smartphones, but no.

Don’t get me wrong, I do like some of Samsung’s products a lot. The thing is, I have zero respect for them as a company and the values they stand for.