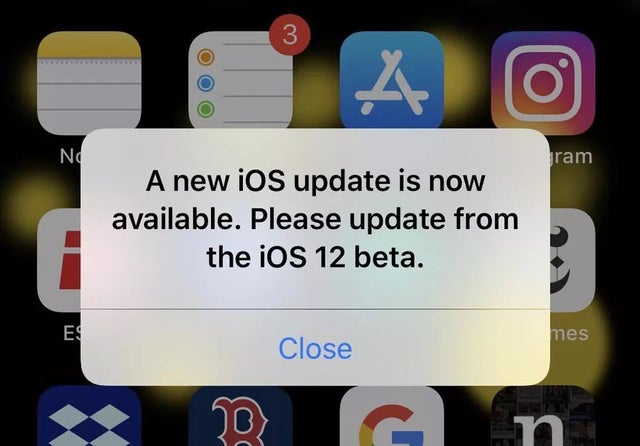 It’s not just you, annoying messages about a non-existent iOS software update are popping up repeatedly in the iOS 14 beta, almost every time the device is unlocked. The prompt erroneously informs the user that “A New iOS Update is Now Available” when there’s none.

Folks who have been plagued with this bug took to Reddit and Twitter to report the problematic prompt. This isn’t exactly a new issue because complaints about the dialog date back to a few days ago, but it seems to have intensified last night. Some of the affected people claim that the message appears almost every time they unlock the handset or invoke the Notification Center. It’s now appearing on a more or less constant basis.

Apple has experienced a very similar issue with the iOS 12 beta back in 2018.

It was caused by a system flaw that prevented iOS from properly calculating when a specific iOS beta version was expiring. Some people have speculated that the same bug may now be plaguing the iOS 14 beta, suggesting moving back the date in iOS to resolve the issue.