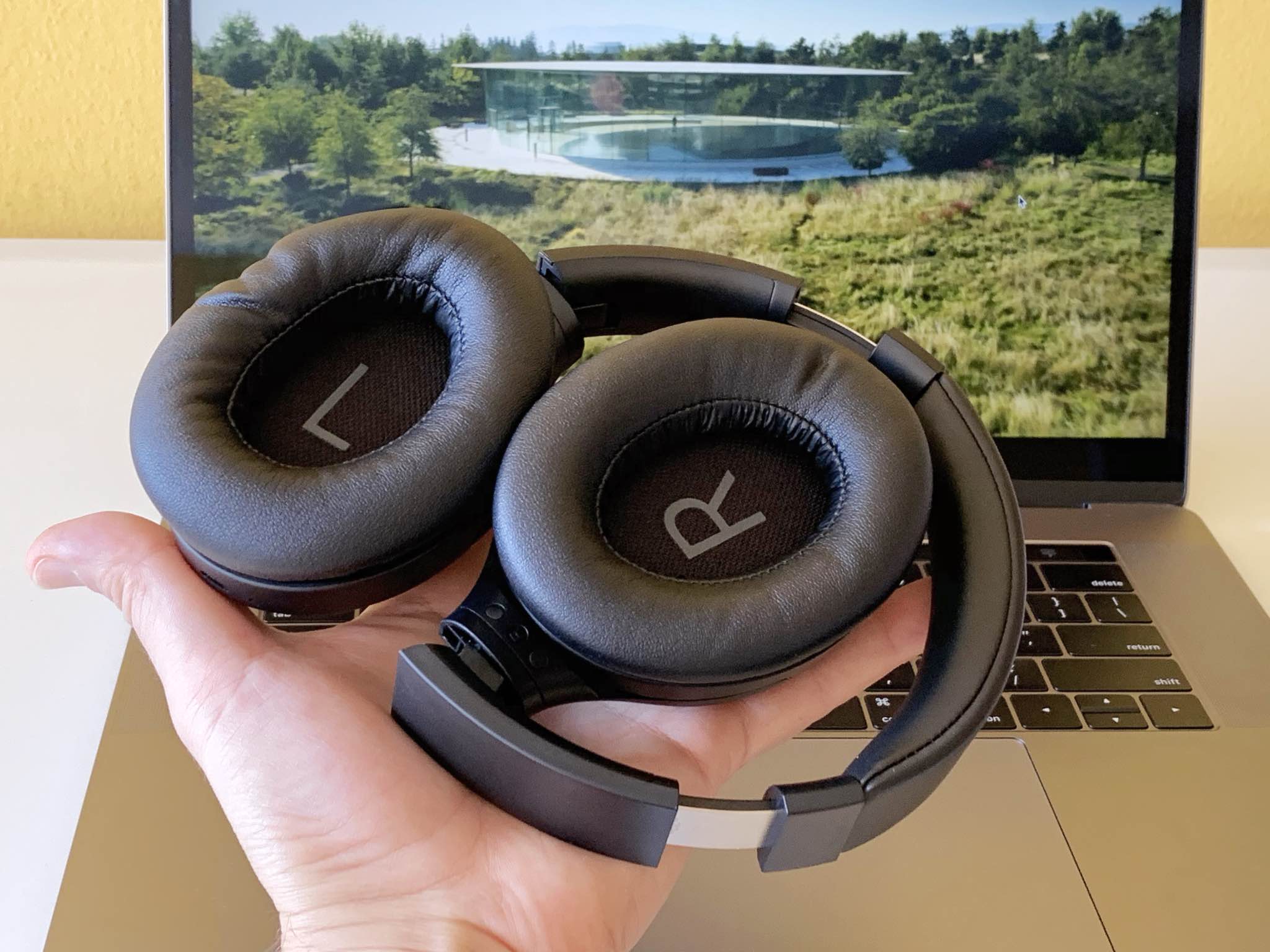 In a sea of loud headphones that leave It up to you to ensure you’re not listening above levels that could damage your hearing over time, the volume-limited PuroPro headphones from Puro Sound Labs will protect your hearing without requiring you to even think about it.

Puro Sound Labs was established in January 2014 by owner Dave Russell as a privately-held startup after his younger daughter Nikki suffered Noise-Induced Hearing Loss (NIHL) caused by her extensive use of headphones. Because Dave couldn’t find headphones that focused on preserving one’s hearing, he set out to take matters into his own hands.

The family-run operation, headquartered in San Diego, California, is focused on building audio products that are designed to protect its users from NIHL with some unique features. Up until recently, they’ve been primarily making colorful headphones for kids. In the past year, the startup branched out and now addresses the needs of grownups as well. 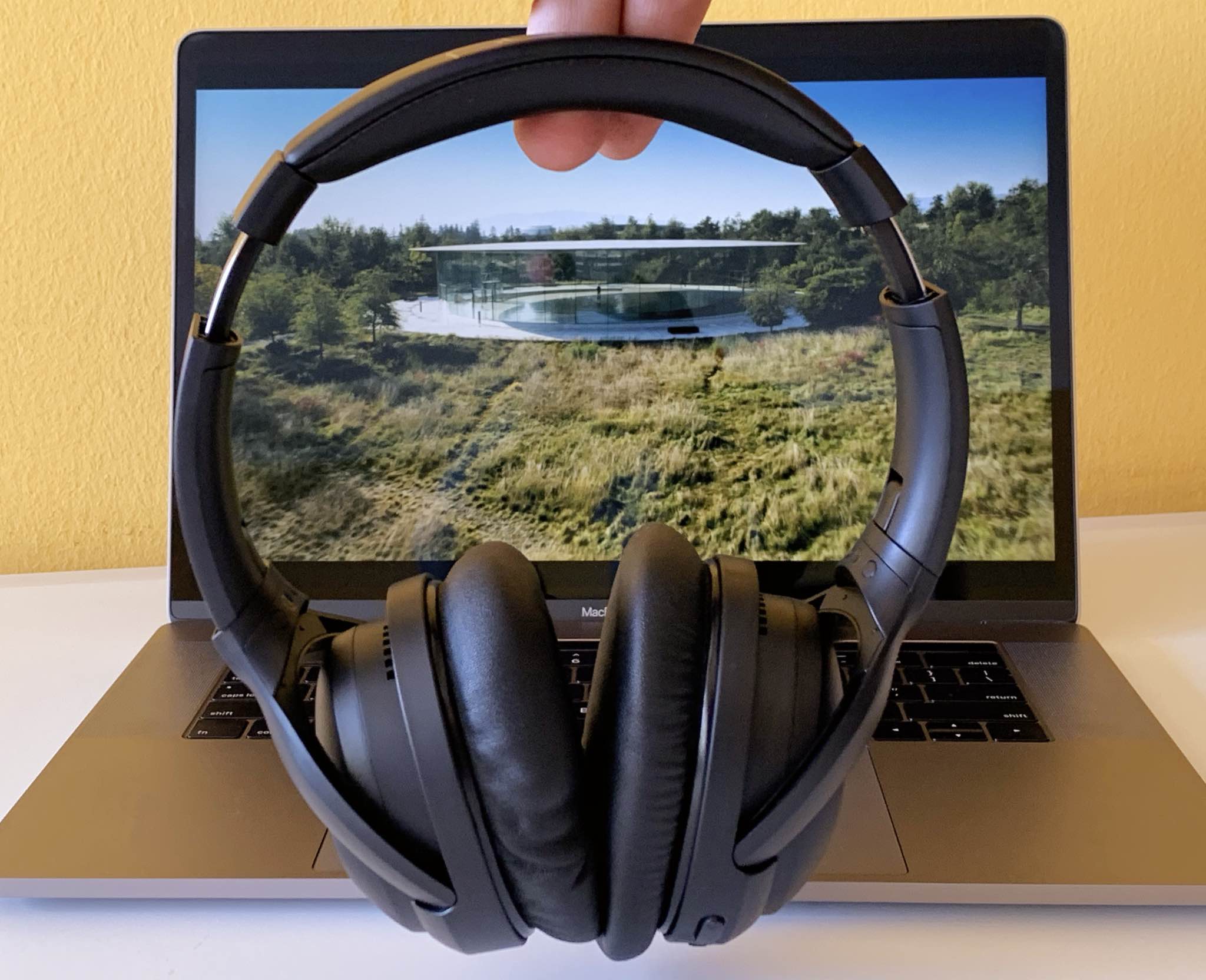 I wish other headphone makers would start taking health considerations into account when designing their products because everyone is at the risk of hearing loss, not just the youngsters. Puro Sound Labs sent me a review sample of their over-ear PuroPro headphones, first revealed at the CES 2020, featuring the startup’s unique volume-limiting technology. Here are my impressions formed after about a month of using the product on an everyday basis.

First unveiled at the CES 2020 in January of this year, the PuroPro offer capabilities you’d expect from a pair of sub-$200 Bluetooth headphones, including active noise cancellation (ANC). But unlike the vast majority of other loud headphones, the PuroPro ensure your hearing doesn’t suffer from prolonged listening at high volumes. That’s because this pair of cans is volume-limited with two presets, a feature that’ll be liked by folks worried about NIHL. 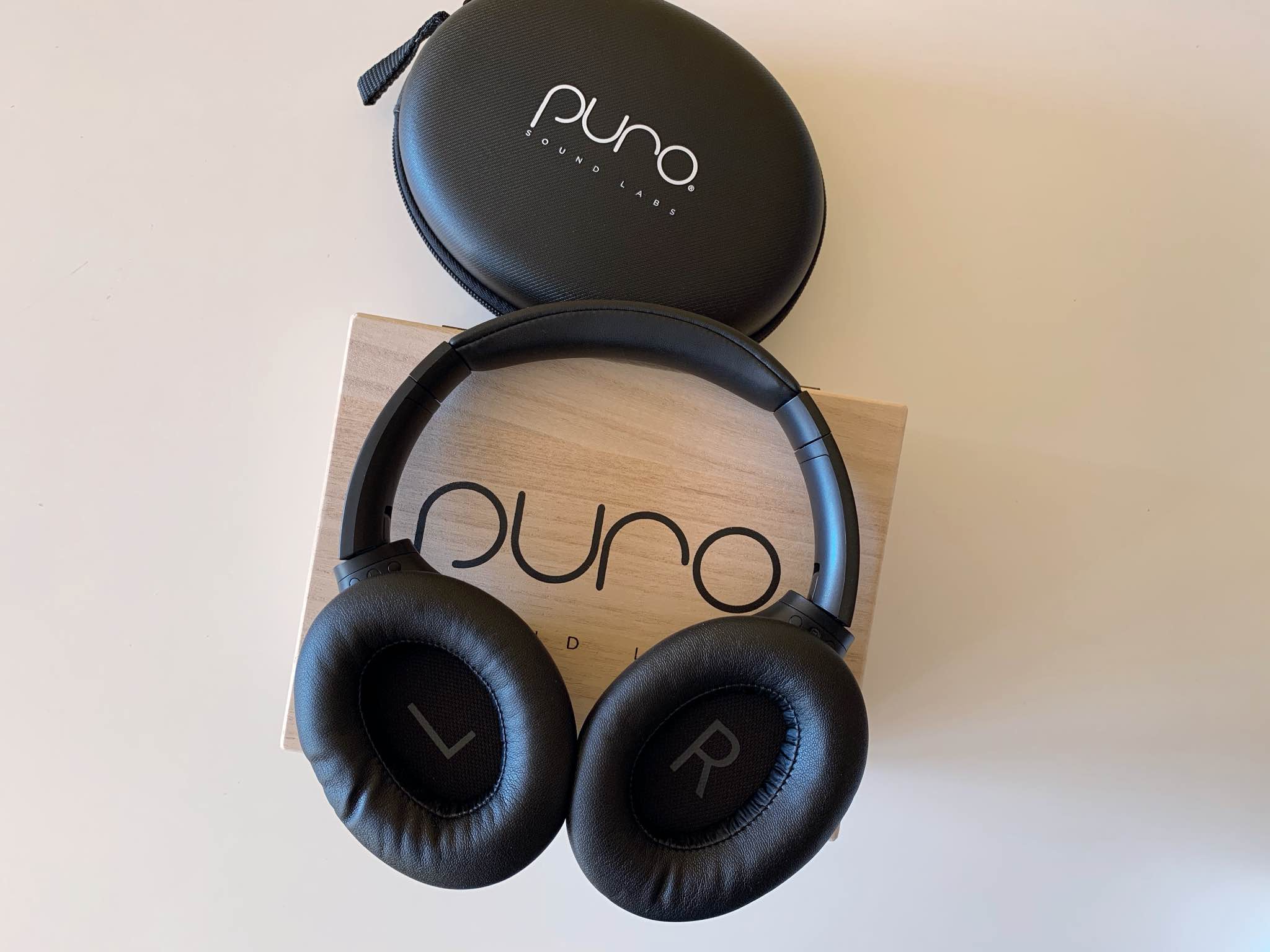 I’m a sucker for a good unboxing experience and the PuroPro don’t disappoint in that regard. The headphones come in a hard-cover protective case inside a cool wooden box. The wooden box is latched and feels a bit premium so small wonder I’ve decided to keep it as a storage cubby for keys, coins and other small items that tend to get easily lost. You may use it for keeping jewelry, keepsakes and whatnot, or throw it away, whatever pleases you. 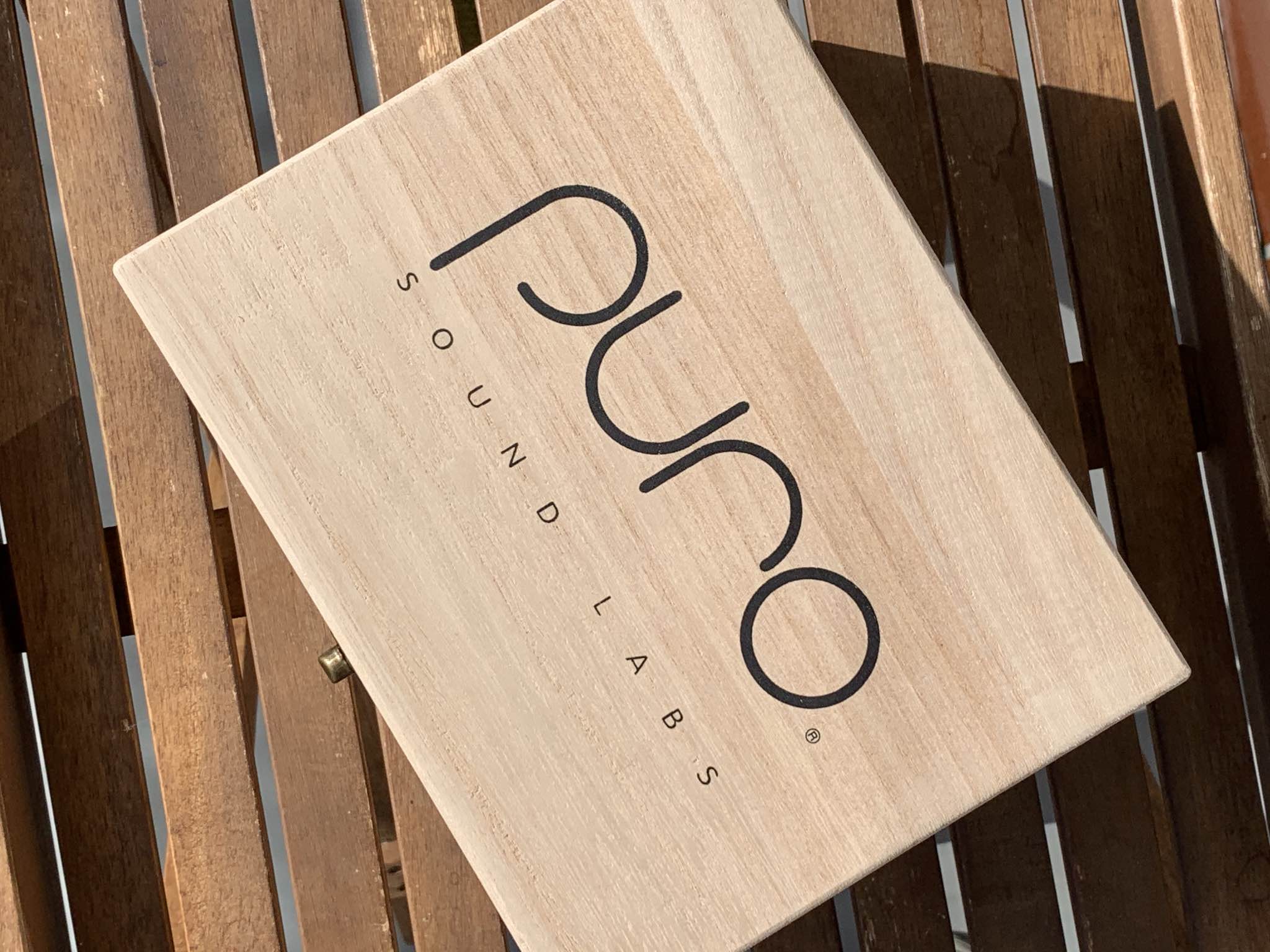 The headphones are neatly folded inside their protective case. You’ll also find a charging cable, plus an audio cable. I like the industrial design of the PuroPro. They may not be as flashy as the Beats Studio, but I’n in favor of their simple, monochromatic design and high functionality. 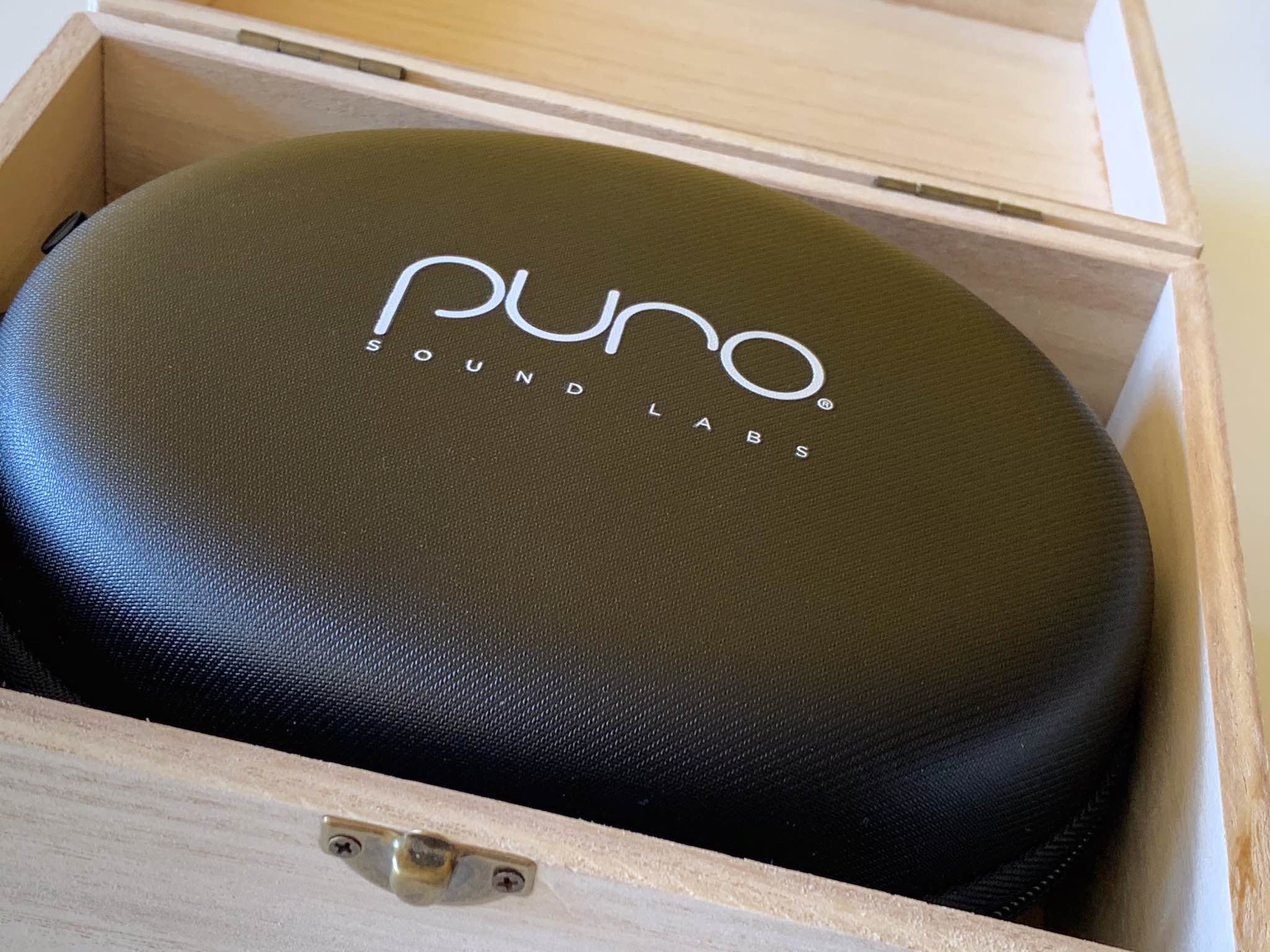 The oval-shaped ear cups (Apple’s rumored AirPods Studio should have these, too) use a twisting mechanism, letting each one swivel 90 degrees. This lets the cups curl in on themselves, allowing you to easily store the headphones in the case. To help the user with the correct orientation, the left cup has the letter “L” printed inside and the right one has “R”. 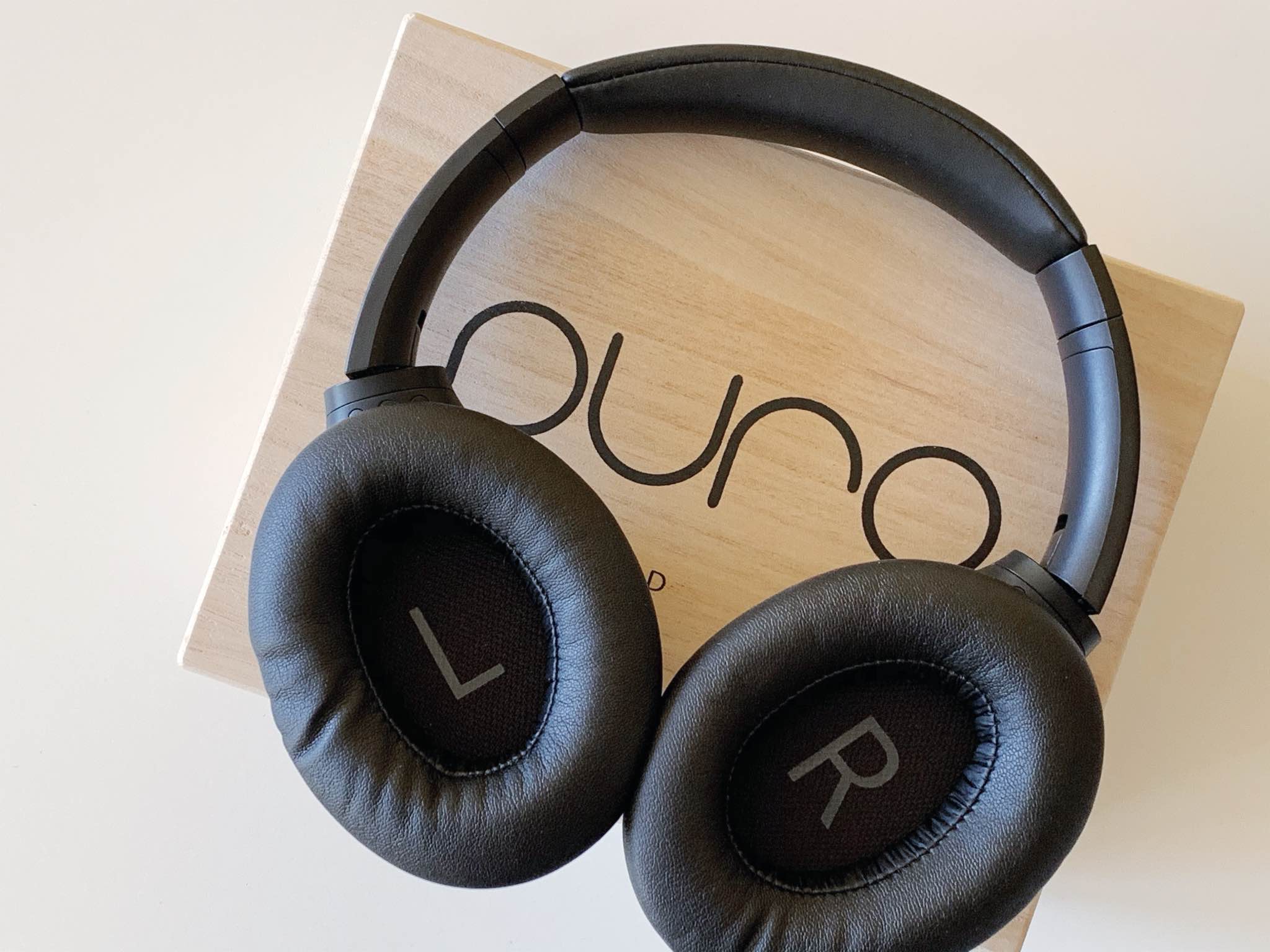 I’m liking the fact they’re not pushing their brand in your face. The only indication that you’re using a Puro product is the word “Puro” printed across the top of the headband. These headphones rock a plastic frame, which allows them to be light and portable, though it may come across as a bit cheap. That being said, those of you who have liked your plasticky Beats should not be having any objections to the PuroPro’s choice of materials. 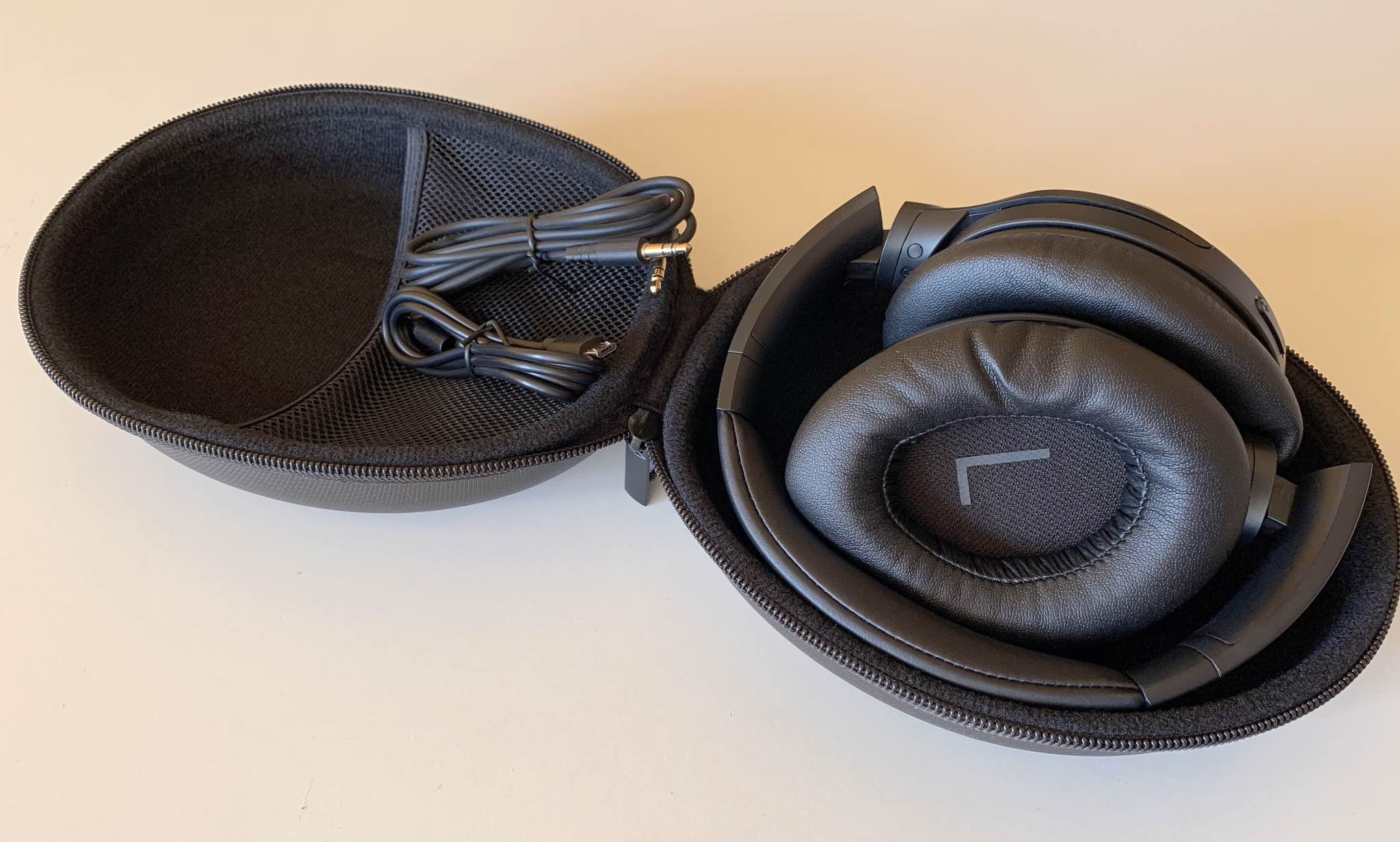 Cushions and the headband are padded with a protein leather covering. The warm, soft leather feels great on your ear. But like with Beats, I suspect some folks might experience discomfort wearing the headphones under humid weather conditions, leading to a build-up of perspiration.

The twisting mechanism allows for far better comfort than the Beats Studio. I’m liking it a lot — you can rotate and tilt each ear cup for the best possible fit. I’ve owned a Beats Studio and they could feel at times a bit heavy, more so with prolonged use. No such worries with the Puro Pro. They’re light enough to be comfortably worn for hours at a time and you can adjust the fit further with a sliding mechanism that’s very similar to that on the Beats Studio. 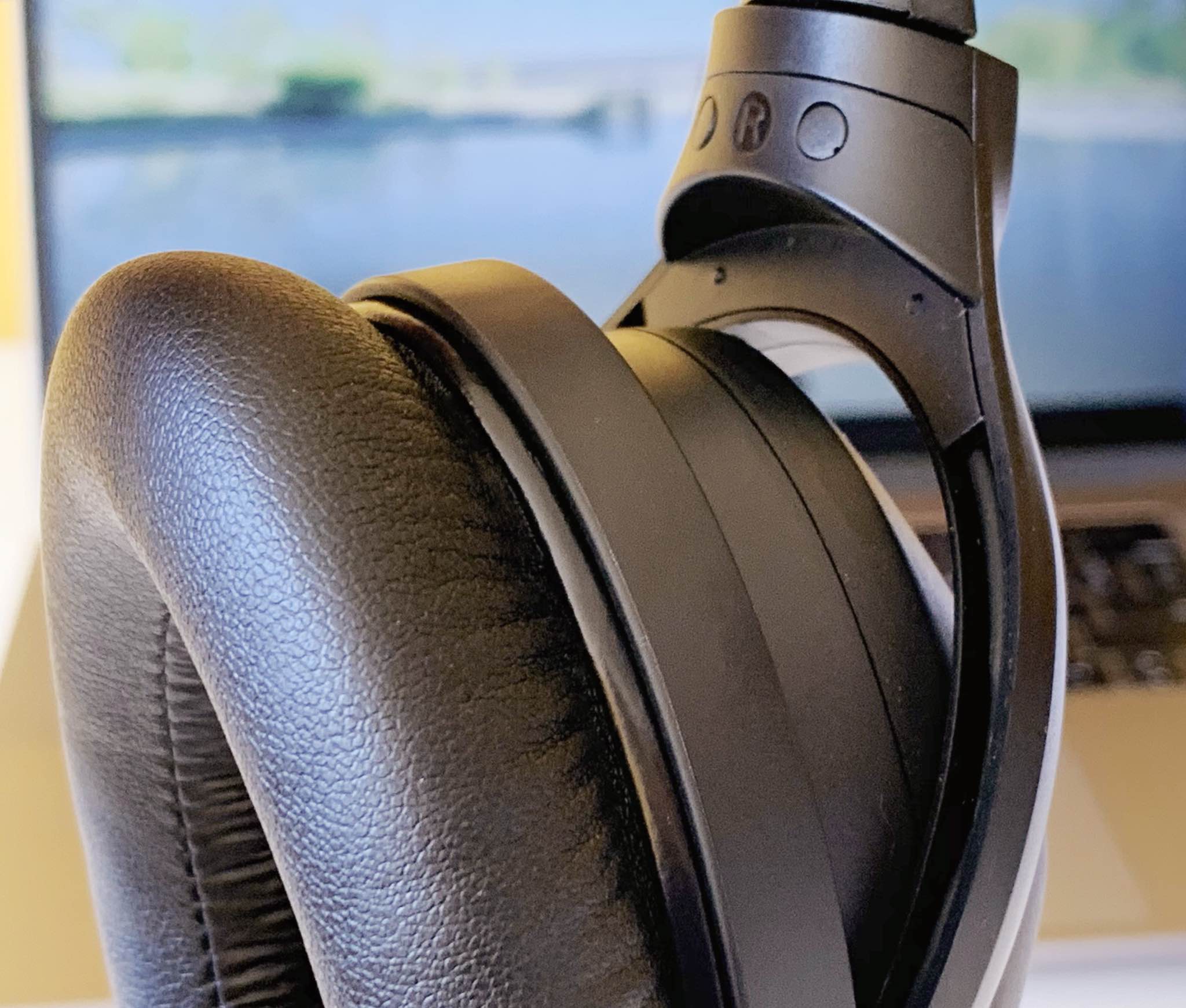 The headband is very comfortable. Those soft cushions deliver great comfort, which you’ll appreciate when wearing these headphones for longer periods of time. Of course, your mileage may vary. Depending on the size of your ears, you may not be able to achieve a snug cover. This is the problem plaguing other head-worn audio products, not just the PuroPro.

The World Health Organisation (WHO) warned in 2015 that 1.1 billion teenagers and young adults aged between 12-35 years are at risk of noise-induced hearing loss. Every other respondent was listening to music on their devices at unsafe volume levels, contributing to hearing damage. Worse, many people are totally unaware they’re suffering from hearing loss because they continually turn up the volume to compensate.

The PuroPro come with a volume-limiting technology to ensure you can never crank up the volume beyond safe listening levels. There are two volume-limiting settings to choose from: the first caps the volume at 85dB and the other boosts loudness to 95dB. You can choose between these two settings of the built-in volume limiter on the fly, with a push of a button. 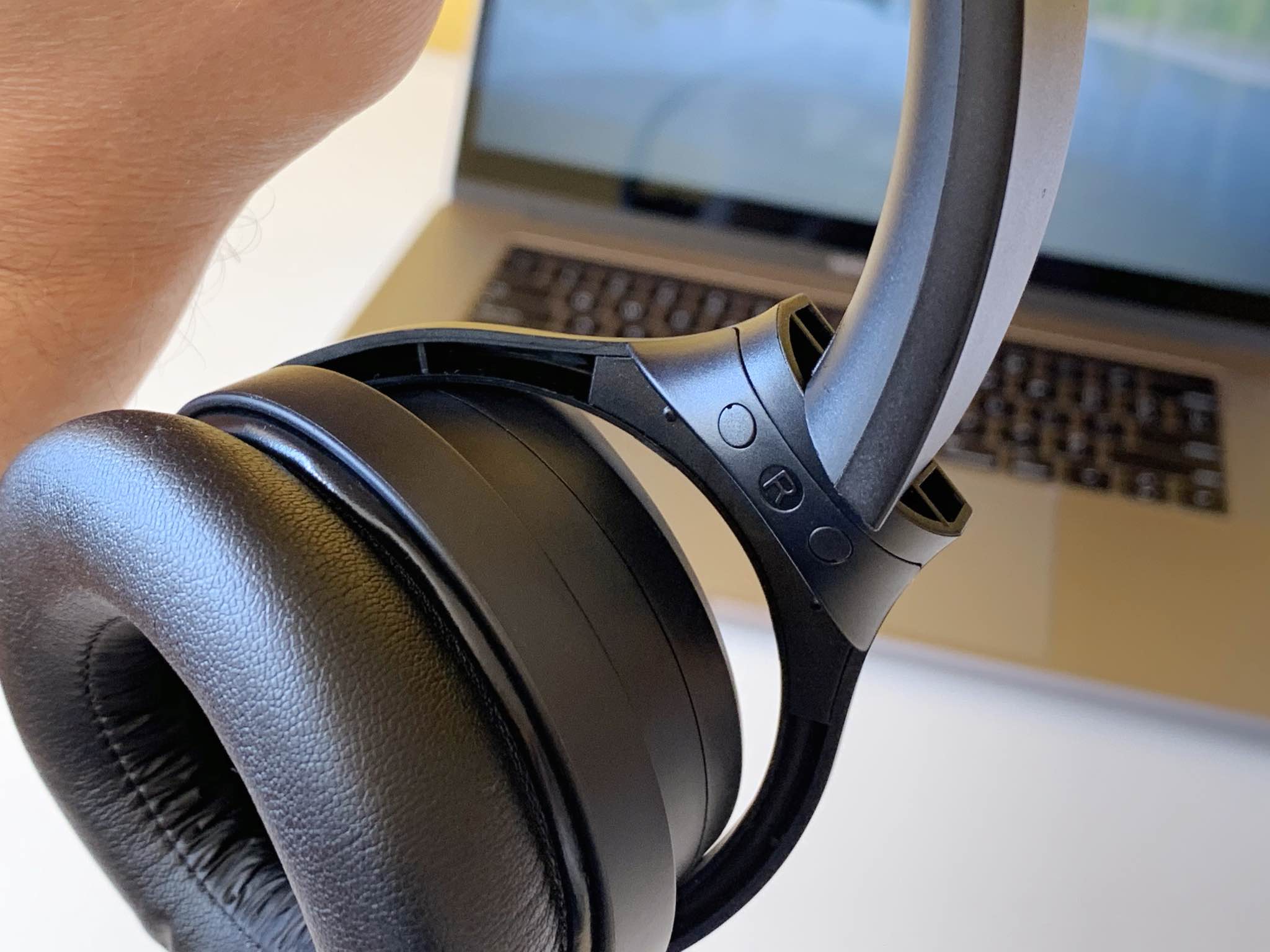 Both the WHO and OSHA recommend 85dB as the maximum safe sound listening level. You can listen to music at this level for up to eight hours each day without any impact on your hearing. If you need more loudness, you can choose the 95dB preset but you’re recommended to avoid listening to your tunes at this level for longer than fifty minutes at a time.

I’ve used my PuroPro about eighty percent of the time at 85dB, switching to the 95dB setting for louder rock performances and while listening to some of the classical music. Puro’s Balanced Response Frequency Curve algorithm successfully renders audio at both volume limits without compromises, it’s just that the 85dB setting sounds quieter. My Beats Studio over-ear headphones sound louder because they don’t have any volume-limiting technology. 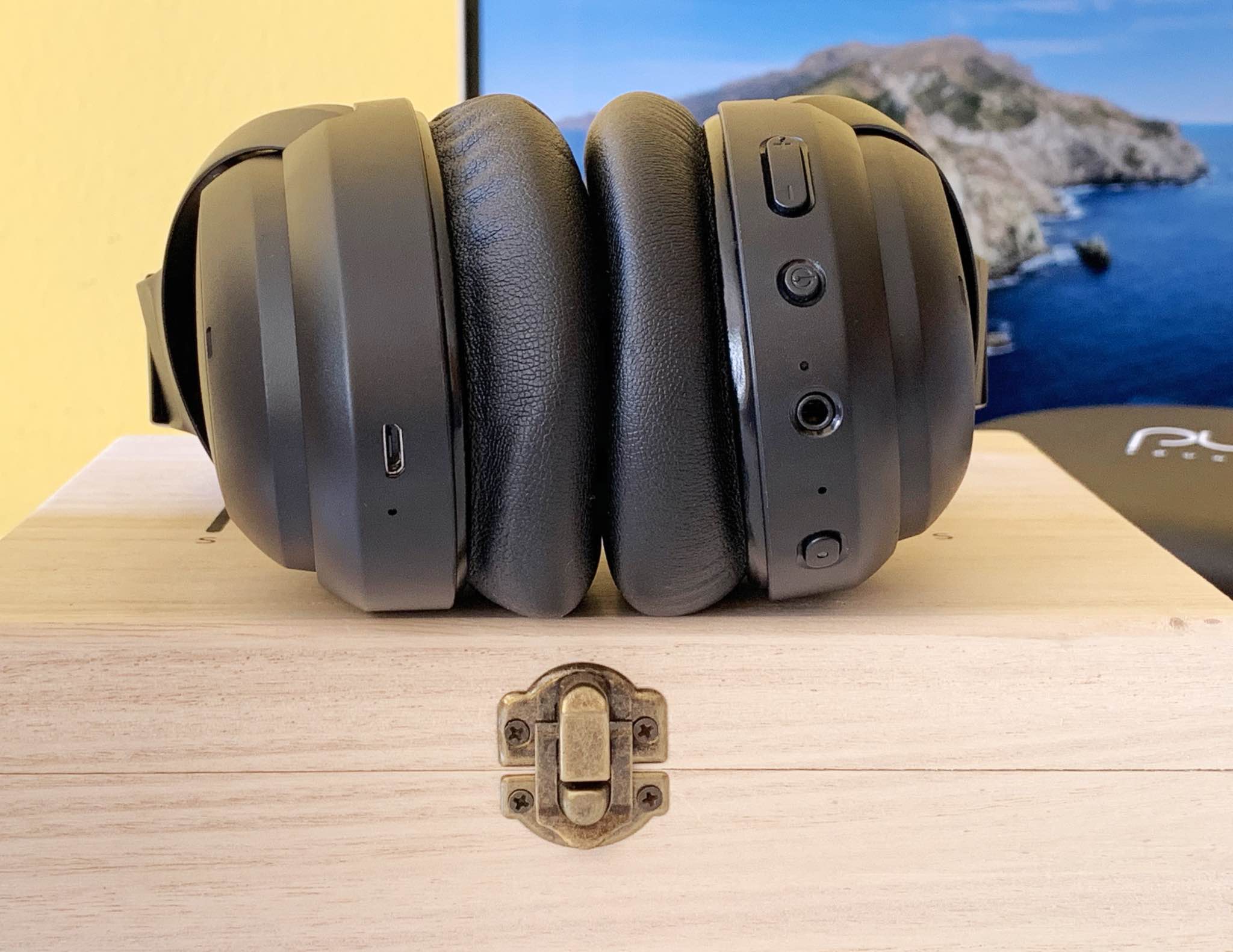 On the flip side, with Beats (and many other headphones) it’s the responsibility of the user to keep track of the volume levels. With the PuroPro, no matter how much you crank up the volume on your host device, their algorithm ensures you never go over those safe levels.

The 40mm dynamic drivers bring a decently wide stereo image. Compared with the Beats Studio, they’re a bit restrained and the bass isn’t as rich or deep (now, some people will say that’s a good thing). For that boomy bass sound, however, stick with your Beats. Overall, I don’t think typical users will object to the sound quality delivered by the PuroPro.

TV shows and movies all sounded great. In my 100-hour burn-in test, I listened to a vast range of musical genres. The layered vocals, guitar solos and the operatic section in Queen’s “Bohemian Rhapsody” all sounded crisp, with attack and detail in the high end. Rap tunes sounded great, though not as boomy as with my Beats Studio. Classical music was rendered with enough layer separation and crispness to be fully enjoyable. Overall, I was mostly satisfied with the tonal balance except for a few songs where I wished for more powerful bass. 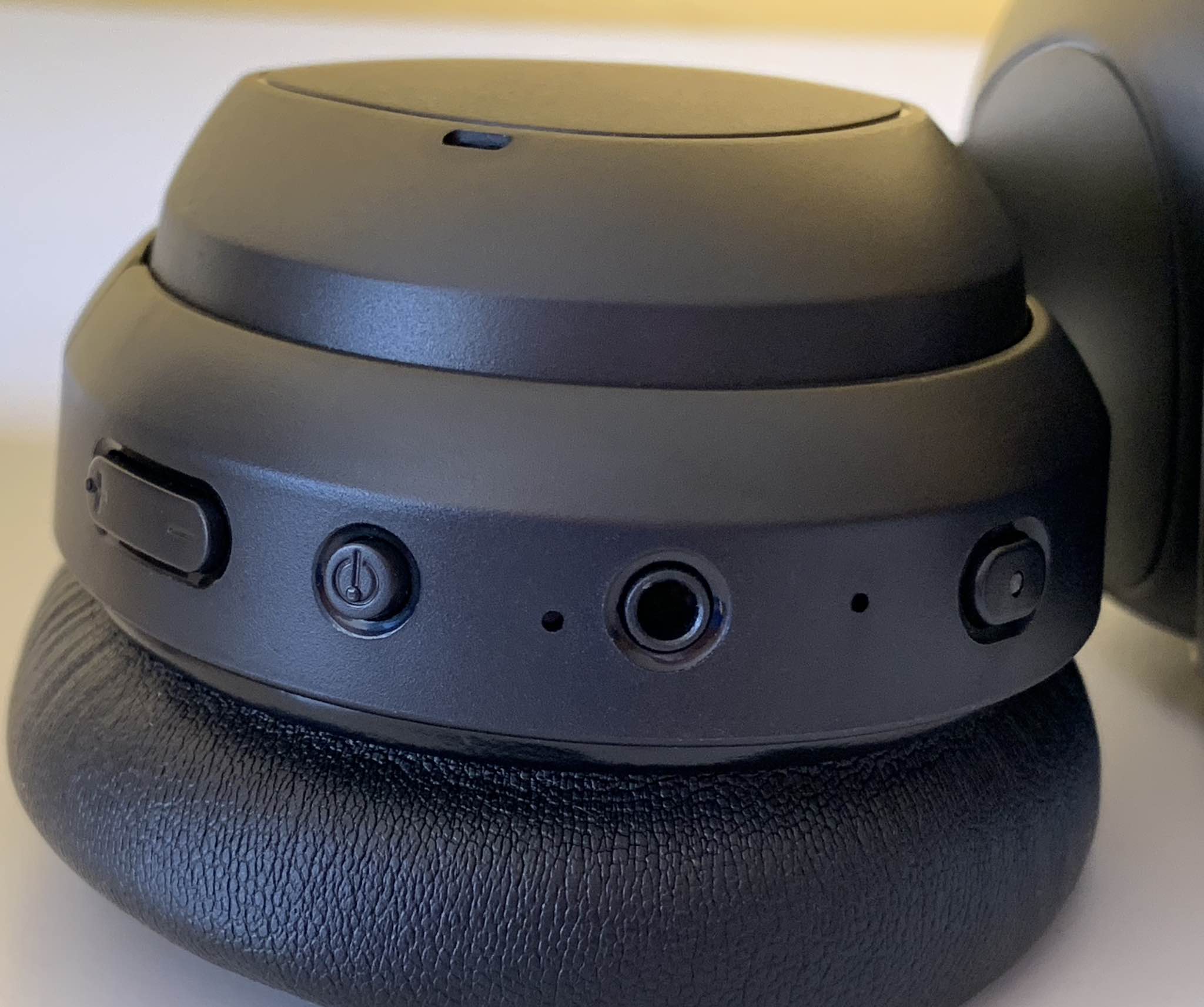 I mentioned that the Puro ship with an audio cable that sports a 3.5m headphone jack on both ends. One end goes inside the headphone port in one of the cups and the other connects to your audio source. I’ve used it to connect my Puro to my MacBook Pro and compare wireless vs. wired performance. In my testing, I couldn’t absolutely discern any difference in audio quality when listening to my Apple Music playlist in wired vs. wireless mode. 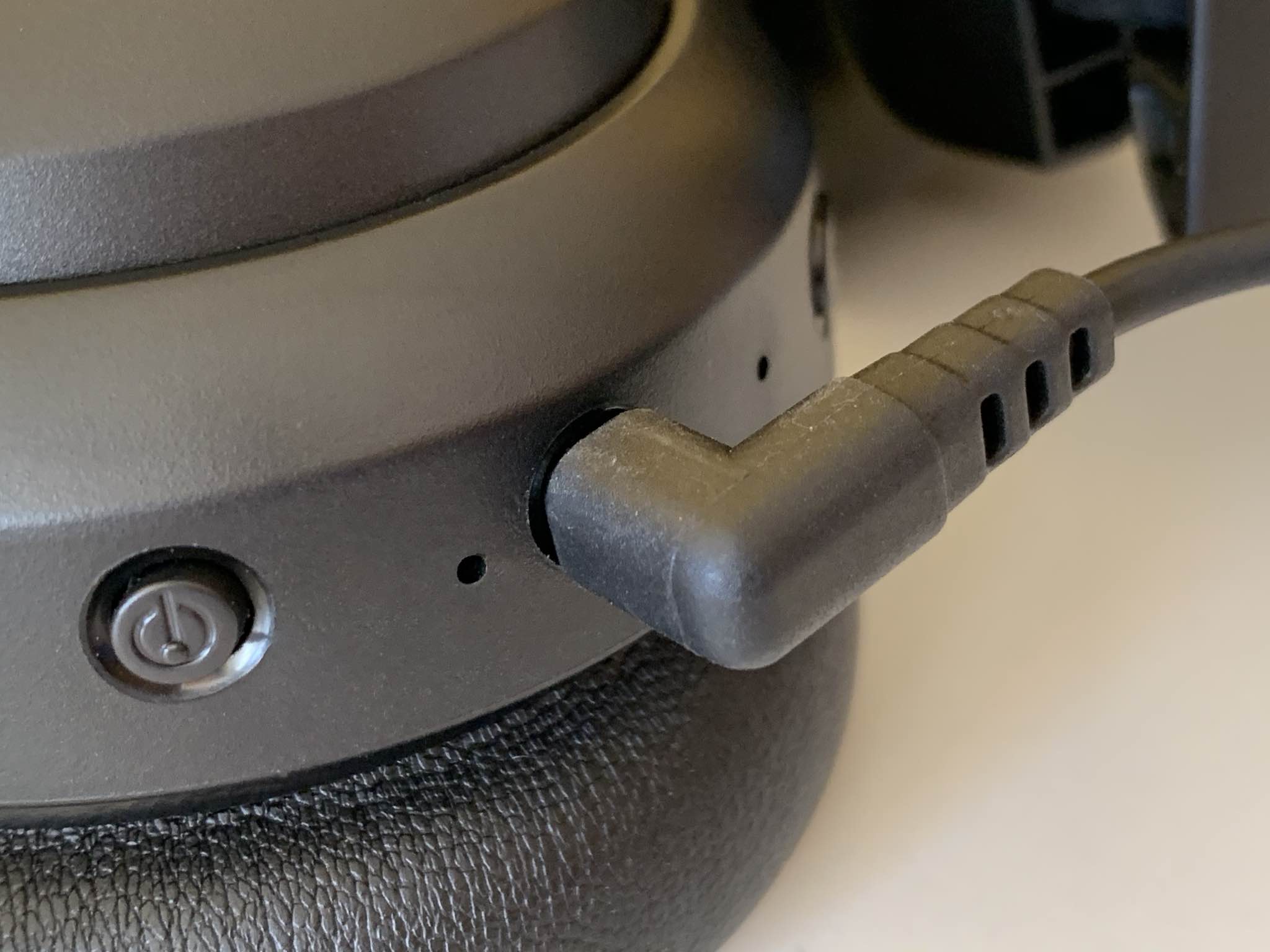 Now, I’m sure audiophiles out there will swear these headphones sound better over the wire, but I’m just a regular listener. To me, they sounded pretty much the same whether I used them over Bluetooth connection or via the headphone jack.

The PuroPro feature five microphones: four are used for noise cancellation (two for each ear) while a fifth microphone is for communications. You can switch between two available noise cancellation presets: there’s the deeper Level 1 at 32 dB +/- 2 dB setting and the softer Level 2 at 15 dB +/- 2 dB. The first reduces ambient noise by 32dB and the other by 15dB. I’ve found both levels decently block out ambient noise, but it’s nothing to write home about. 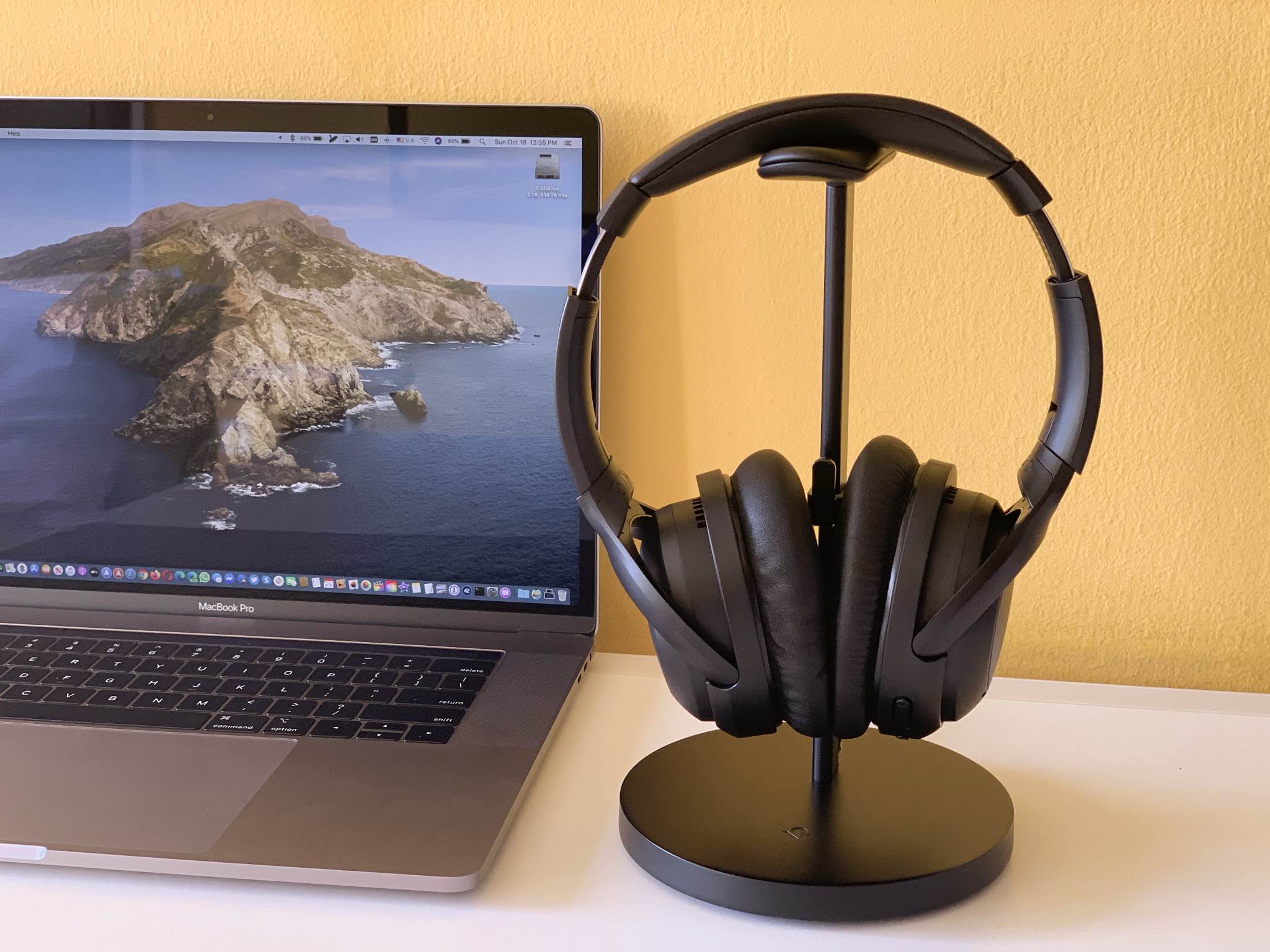 Compared to the AirPods Pro, my Apple earbuds have better noise cancellation. The first setting is what most people will use when they want to focus on their music. The other setting makes active noise cancellation less effective for those times when you also want to be aware of your surroundings. In practice, I’ve found it lacking in both scope and execution. With the AirPodsPro’s Transparency mode, the earbuds mix sounds from your environment and your music. It sounds strange at first but does a great job keeping you aware of your surroundings. With the PuroPro, the lower setting simply makes active noise cancellation less pronounced.

Puro is claiming a decent 28-hour battery life with active noise cancellation and 32 hours of runtime without it. These are theoretical numbers measured by Puro Sound itself in a controlled environment. In real life, however, they lasted around 25-26 hours with active noise cancellation and about 29-30 hours without it. Your mileage may very well vary. 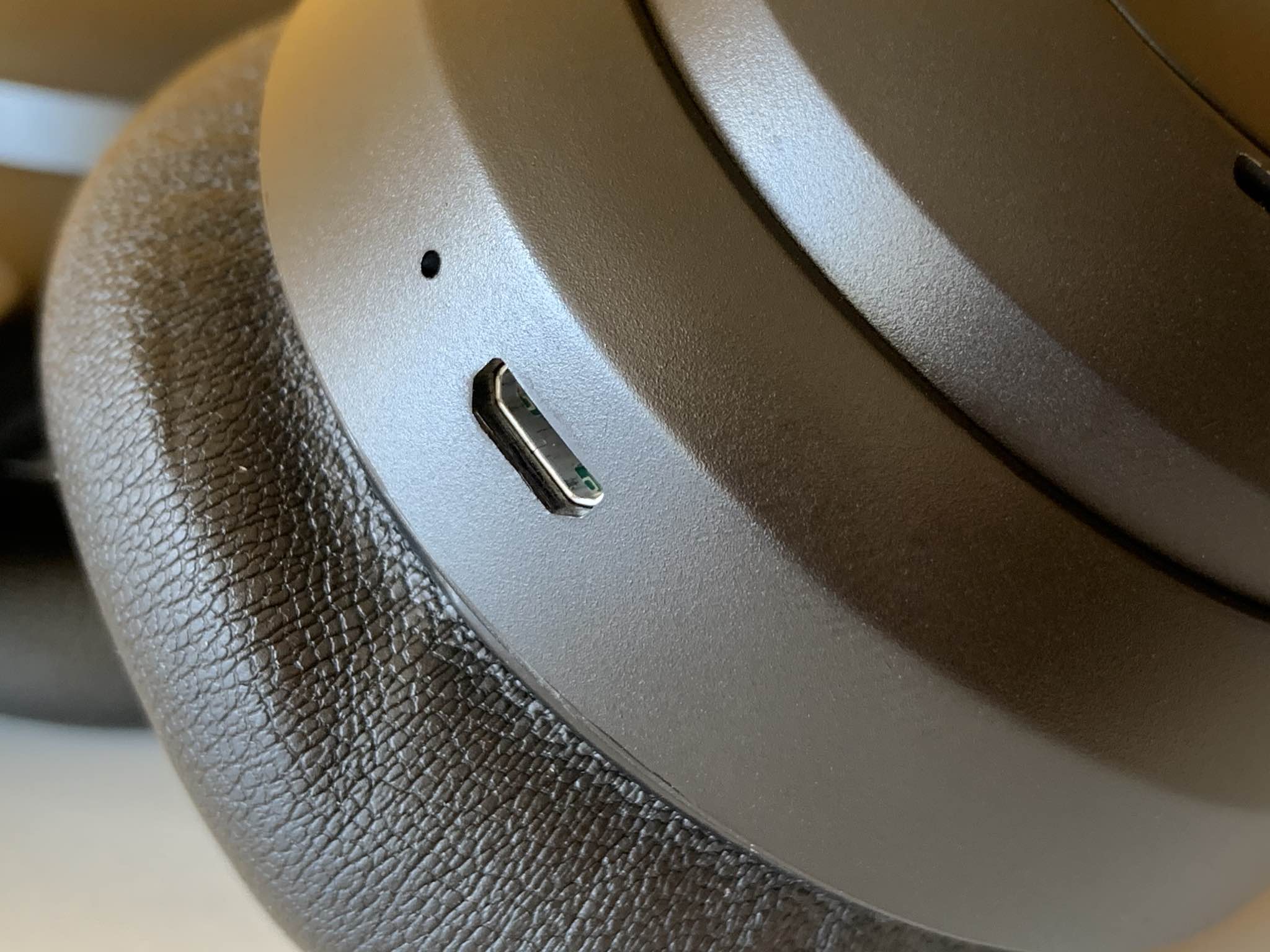 I was left wanting for a quick-charge feature, but it’s nowhere to be found. Rather than use USB-C for charging, the PuroPro has a micro-USB port with the battery taking about two hours to go from completely dead to full capacity. 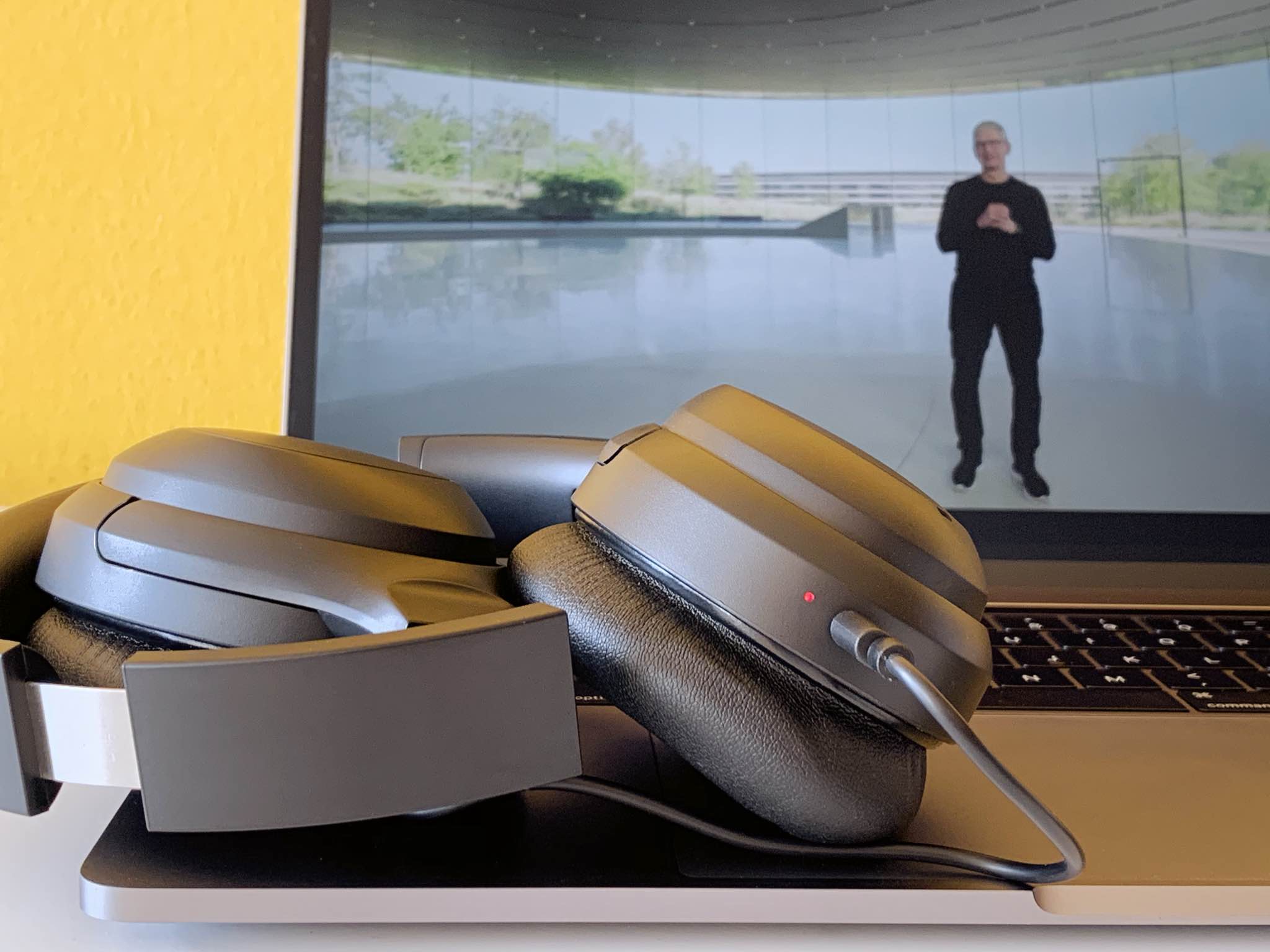 Should you buy the PuroPro?

These headphones aren’t for everyone. Obviously, people who are in the market for a loud headphone should look elsewhere. And if you want a pair of headphones that deliver power on the low end, with low and booming bass, there are better options out there. But if hearing loss is a concern to you, these may be just what you need. 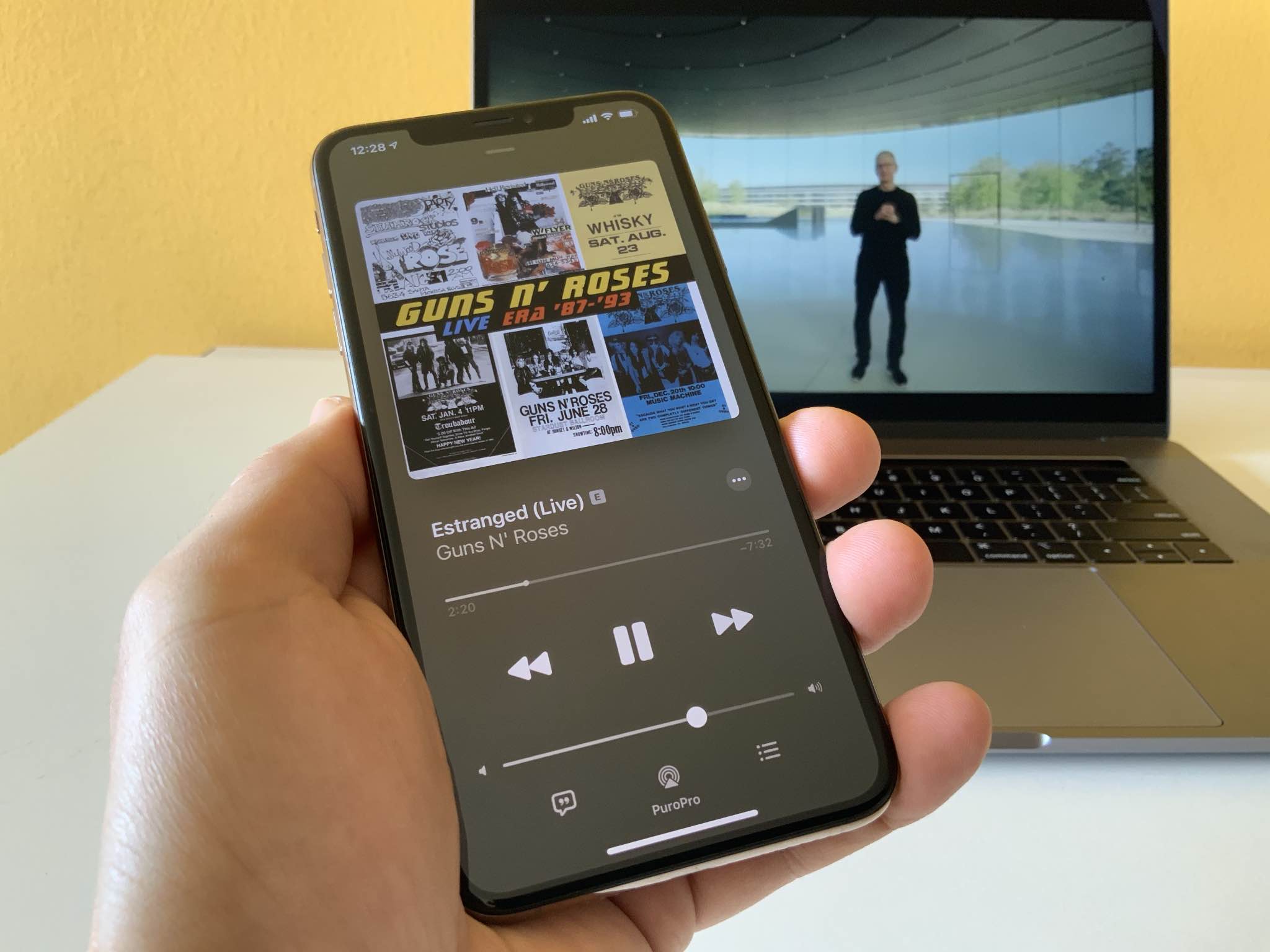 With the PuroPro, your hearing is protected against excessive volume levels without requiring you to even think about it or having to manually fumble with EQ settings to limit the maximum headphone output volume on your host device. I’m not sure if an in-ear version is in the works or not, but it would certainly serve as a natural progression of the product.

Summing up, these noise-cancelling headphones with a subtle design offer great sound and protection against the excessive volume levels that can lead to hearing loss.

Check out the key features of the PuroPro headphones:

Here’s everything we love about the PuroPro, plus what we think are areas for improvement.

The PuroPro headphones are available for $199.99.

That’s the retail price you pay if you order them from the Puro website, Amazon and other retailers. On Amazon.com, the headphones are available for $200 in the US and £200 in the UK.

And while we’re at it, you may want to check out Puro Sound’s volume-limited headphones aimed at children, they’re now back in stock on Amazon in the UK and US.