When charging your iPhone’s battery from empty to full, it ordinarily stops powering the battery upon reaching 100%. While most people enjoy seeing a high battery percentage following an extensive charging session, some tend to feel just the opposite. Believe it or not, it’s actually quite the contentious topic.

With that in mind, we’re excited to talk about a newly released and free jailbreak tweak dubbed BattSafe by iOS developer udevs. This is an add-on that lets users designate a preferred battery level after which the handset will stop charging when connected to a power source.

If you’re thinking, “just why would anyone want something like this?,” then you wouldn’t be alone. I too thought along these lines until a few different examples were brought to my attention. While I generally like to charge my handset to 100% battery to last me the entire day, there are some rather controversial instances in which one might not want this to happen. Those include:

We have reason to believe that Apple designed its products with various safeguards in place to prevent early degradation of its handsets’ batteries under normal use, so we can’t speculate on whether these ideas hold any merit or not. On the other hand, those who tend to lean over one side of the fence more than the other because of personal beliefs might find this tweak to be handy for their own uses.

Once installed, BattSafe adds a dedicated preference pane to the Settings app where users can configure a few options: 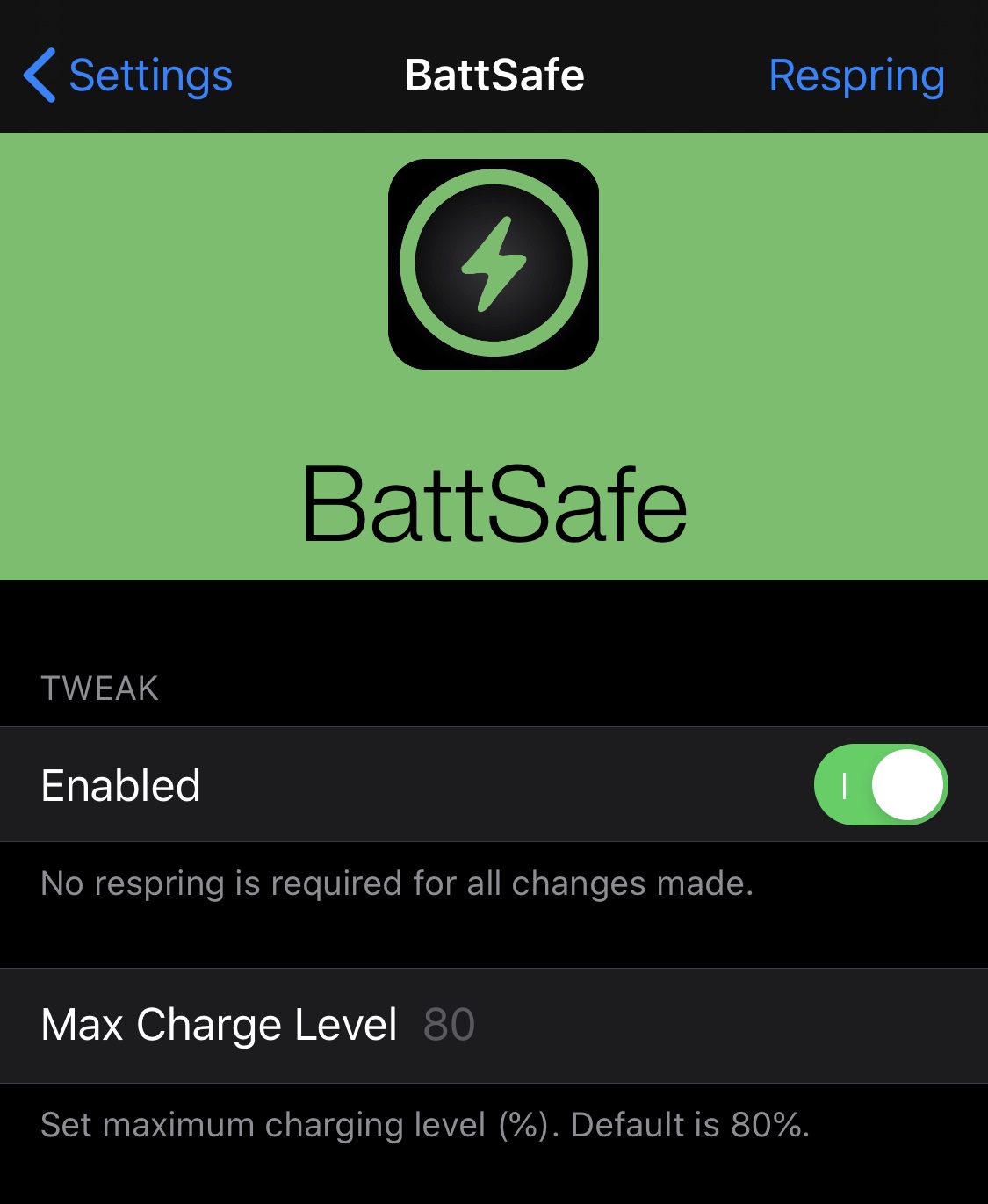 Just to reiterate, we can’t say one way or another whether this tweak will have any notable positive impact on your device’s battery, and that’s because it would take months or even years of testing to see how a battery ages with the tweak installed compared to a handset without the tweak installed. Then again, if you believe in the idea of limiting a device’s charge level to extend the battery’s service life, then more power to you.

Those interested in giving BattSafe a try can download the tweak completely free of cost from udevs repository via any package manager. The tweak supports jailbroken iOS 13 devices, excluding iPads.

Anyone who isn’t already using udevs’ repository can add it to their package manager of choice with the following URL:

Do you believe that BattSafe can extend your iPhone’s expected battery service life? Share your thoughts on the concept in the comments section below.