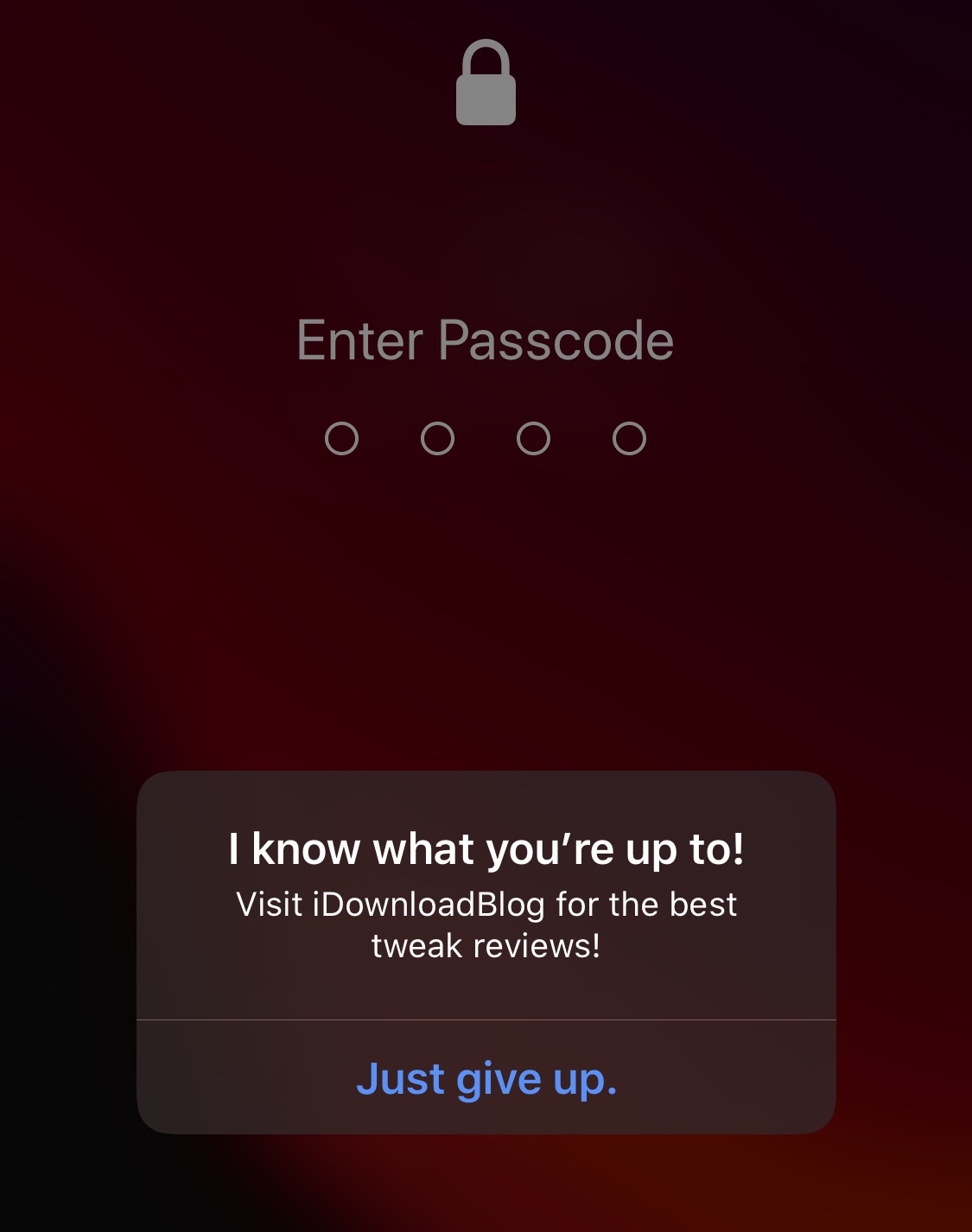 Whether you have an iPhone or another smartphone of a different make and model, one thing we all probably have in common is that someone has attempted to guess our handset’s passcode when we weren’t looking.

The horrible and sad truth is: nosy people exist; but the good news is that anyone with a jailbroken iPhone can now use a newly released and free jailbreak tweak called ToldYou by iOS developer Huseyin Kabasakal to strike back at these nosy people in a somewhat humorous way.

ToldYou works by causing various things to happen after your handset’s passcode gets entered incorrectly. You as the user ultimately get to decide what happens, but the tweak supports three major features, including:

In the screenshot example above, you’ll see that ToldYou has been configured to show a message after an incorrect attempt. You can set up the title, body, and button text to be whatever you want, as you’ll soon see.

Once installed, ToldYou adds a dedicated preference pane to the Settings app where users can configure a number of settings to their liking: 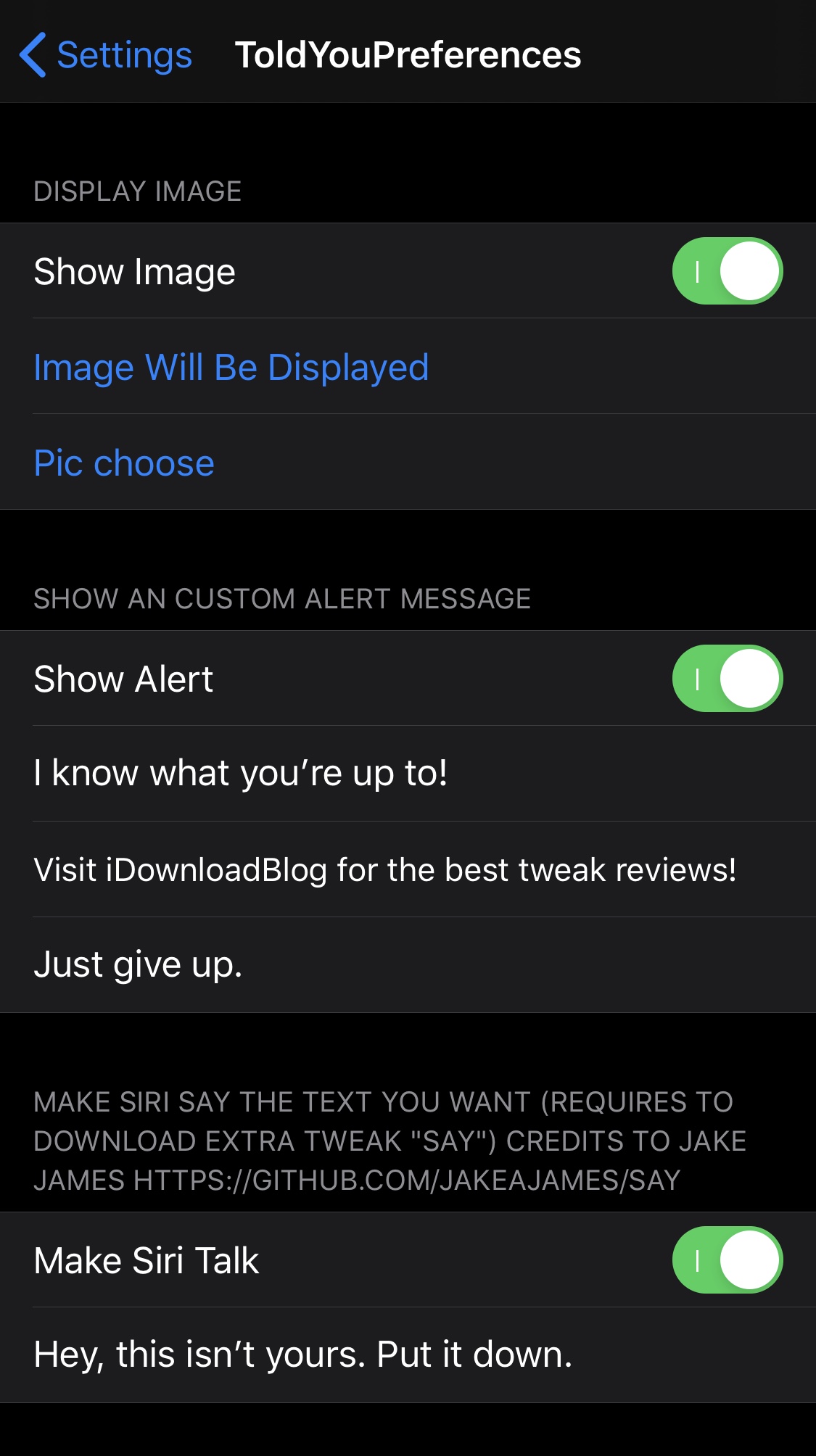 For what it’s worth, ToldYou doesn’t actually make your device any more secure than it would be already. Instead, it works more like a prank against the person trying to snoop on your personal data. If anything, it might make them aware that you’re onto them and discourage future attempts to snoop, but overall, it might be funny just to see the person’s reaction when you set up the right image and alert message.

Those interested in trying ToldYou may download the tweak for free from the BigBoss repository via their favorite package manager. ToldYou supports jailbroken iOS 13 and 14 devices.

Can you think of how you’d set up the ToldYou tweak on your handset? Share in the comments section below.