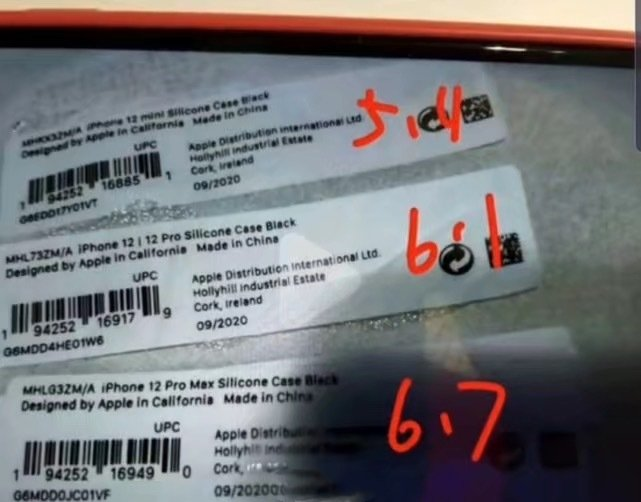 The new iPhones coming down the pike later this year will be available in three display sizes, with the most compact 5.4-inch model likely marketed as “iPhone 12 mini” (yes, with the lowercase “m”). For those keeping track of the iPhone 12 rumors, the moniker was first floated a few days ago by anonymous Twitter leaker “L0vetodream”.

The rumored name has now appeared on claimed stickers, photos of which were published on social media this morning by leaker “duanrui1205” who previously shared images of the new iPad Air’s brochure that turned out to be authentic.

As MacRumors notes, the Cupertino company has not used the model numbers printed on the stickers in the past: “MHL732M/A” and “MHLG32M/A.” I’ve been a fan of how Apple has segmented the iPhone lineup into two major lines. We have non-Pro phones which trim some high-end features in exchange for more affordable pricing. And then, there are Pro-branded phones costing north of $999 which pack in the best features for those who like to live on the bleeding edge of technology.

The “iPhone 12 mini” name may signal Apple’s desire to set apart what will likely become an iPhone with the biggest mass-market appeal from the rest of the lineup. It wouldn’t be the first time they’ve done such a thing – after all, Apple is selling the Mac mini. We also have the iPad mini and who can forget the legendary iPod mini?