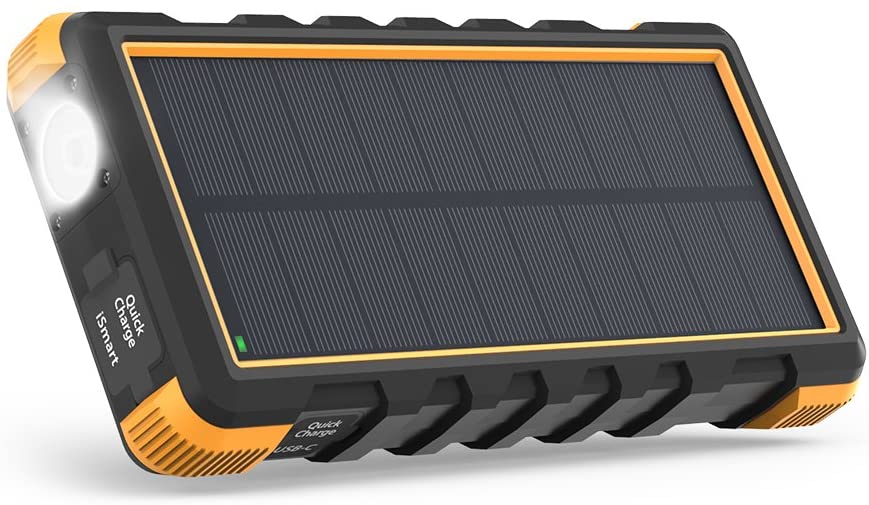 While Apple has made general improvements to the battery life for its iPhone lineup over the years, some folks may still want to bring along an accessory to make sure they can get through a full day without worrying about battery life.

An external power bank can help with that, and it gets even better when you add solar power to the mix. We’ve put together a list of the best solar power banks that will help you keep your iPhone charged while on the go. So let’s get right to it. 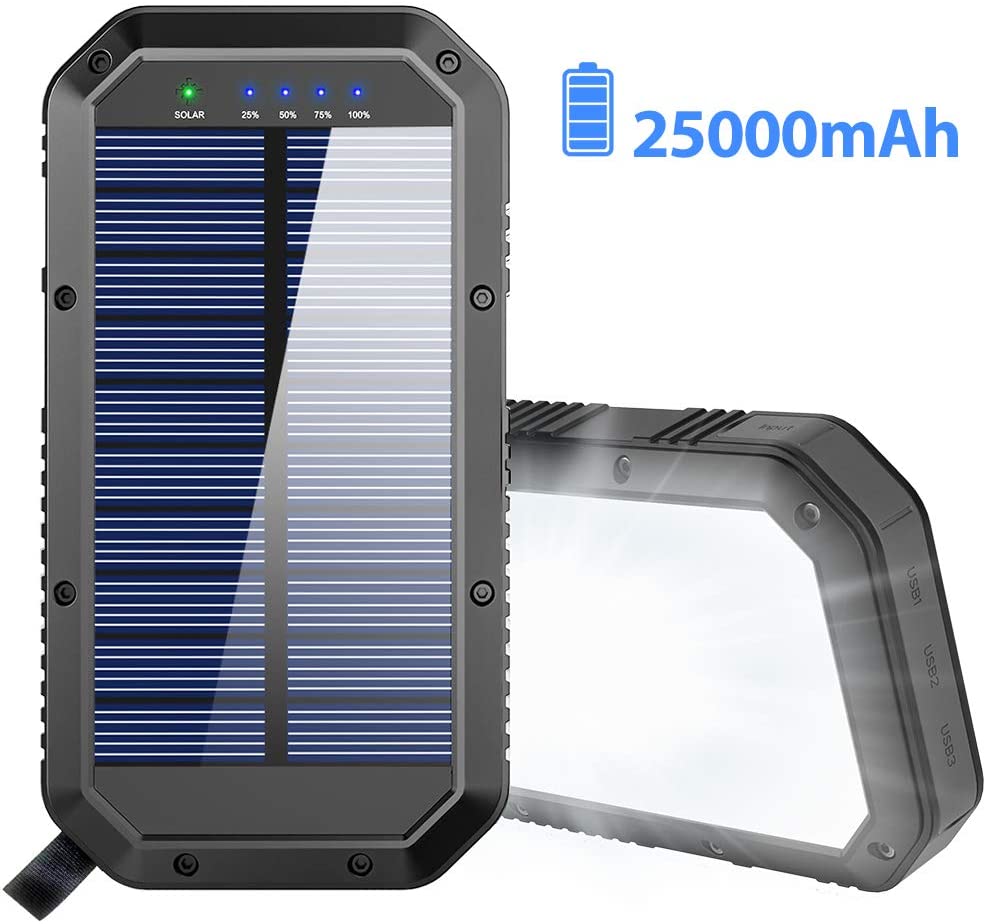 The GoerTek solar charger is a beast, all in a comfortable package. It’s a portable panel charger, offering up to 25000mAh of a solar power bank to keep your devices charged up. There are a trio of USB output ports, a whopping 36 total LEDs, and this solar charger even supports the iPad Pro.

The GoerTek solar charger features the ability to charge three different devices at the same time, and the device itself features ABS environmentally-friendly material. It can even be used as a flashlight when you need one, so this solar charger is definitely geared towards the outdoor enthusiast.

The GoerTek solar charger is available now from Amazon. 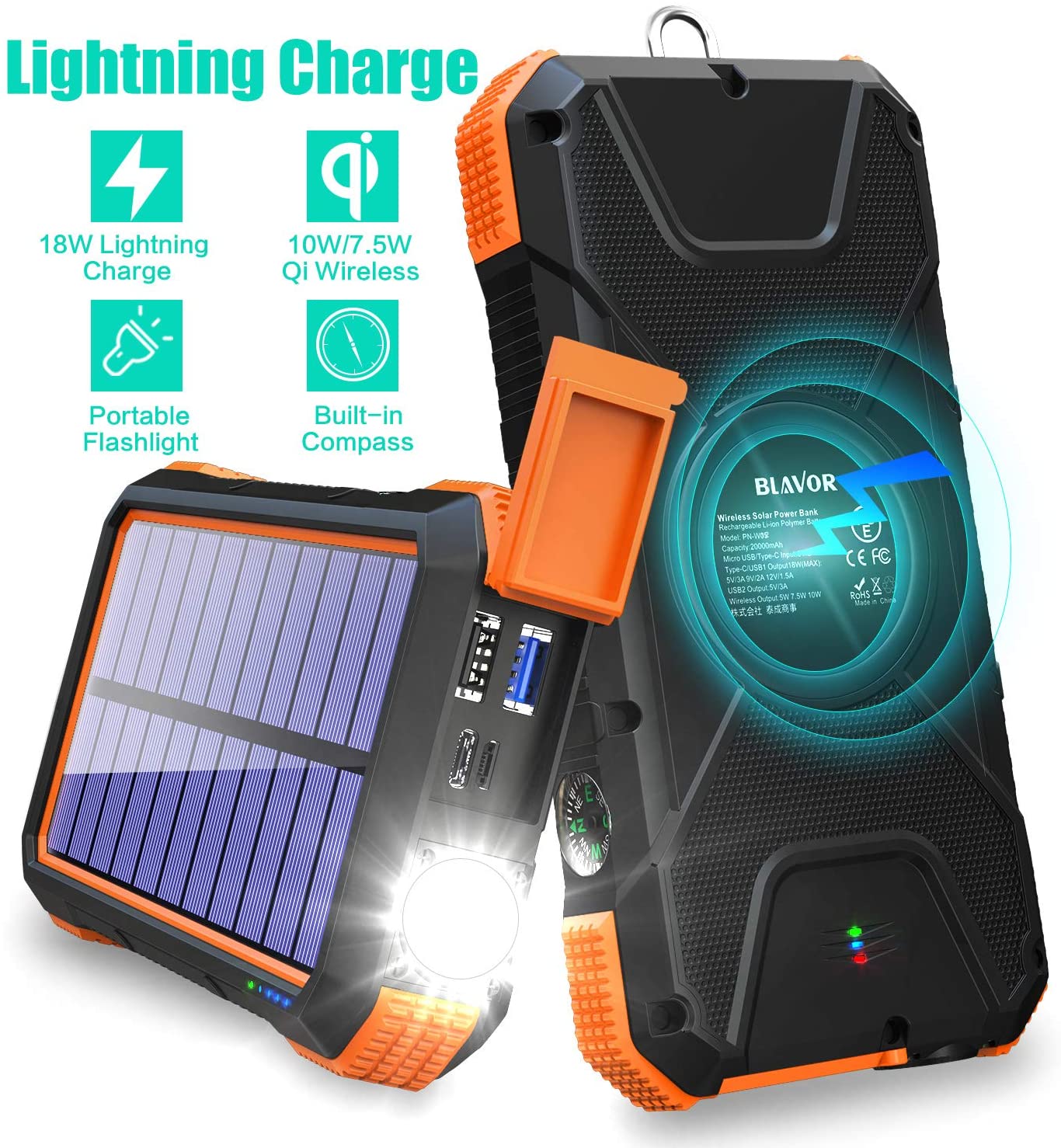 The fast charging doesn’t stop there, though. This power bank also supports 18W quick charging with QC3.0. The charging output will recognize which device you have connected to the solar power bank and charge the device as needed. As far as ports are concerned, there is a single bidirectional USB-C port, a Micro USB input, and two USB-A ports.

The BLAVOR solar power bank features a 20,000mAh solar charger bank. This means it can charge your iPhone several times over on a single charge. But it can also charge your MacBook Pro a single time, too. The solar power bank also features a built-in flashlight and compass kit. It’s available in three colors: dark green, orange, and red. It’s available now from Amazon. 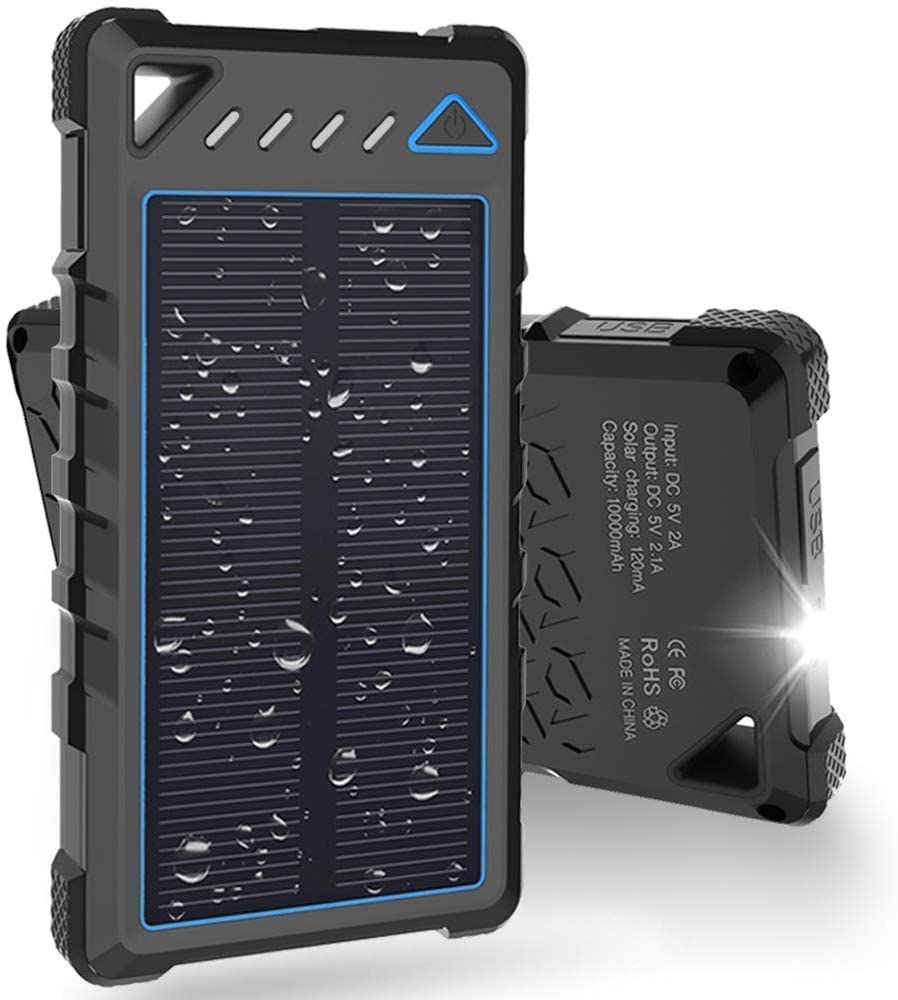 The BEARTWO solar power bank features a rugged design, along with many of the other features found in these accessories. It has an ultra-compact design, making it easy to take with you when you need it. It also offers a small hanger spot, making it easy to clasp to a backpack.

There are two USB ports, meaning you can charge two different devices at the same time. It features a 10,000mAh battery. There is also an ultra-bright LED flashlight, and the solar battery pack is made from an ABS PC material for extra durability. The solar power bank is rainproof, and it can also survive a fall or drop.

The BEARTWO solar power bank is available now from Amazon. 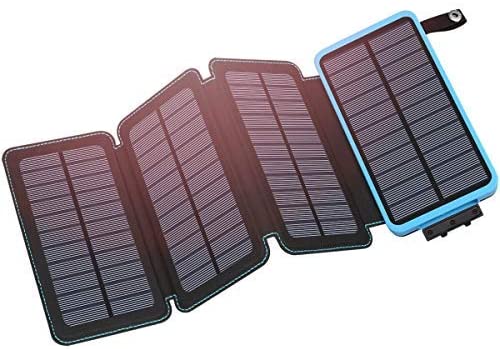 The folding solar charging panels can charge the battery pack with 5W power, and it features 1A input power. The pair of USB ports offer 2.1A high-speed charging. You can charge two devices at the same time. The output will intelligently identify which device is connected and charge it based on that information.

The Hiluckey solar power bank offers 9 built-in LEDs for the flashlight feature, and the ports on the accessory are covered when not being used so the device is waterproof. It’s also built to be drop-resistant as well.

The RAVPower has a rugged design, features a large battery, several USB ports, and more. The battery measures in at 25,000mAh, and RAVPower says it can charge an iPhone just over nine times, and an iPad mini just over three times.

The RAVPower solar battery pack is dust-, water-, and and shock-proof. There is a small hook on the bottom of the battery pack that can be used to attach to a backpack or a carabiner. There is the built-in LED flashlight, and failsafes built into the battery pack to prevent any overcharging or short circuits while charging.

There are a pair of USB-A ports and a USB-C port and a Micro USB port as well.

The RAVPower solar power bank is available from Amazon now in orange and black color options.

So there we have it, a quick list of some of the best solar chargers and power banks for you while you’re on the go. But if you have any other suggestions, by all means please let us know in the comments below!